Ferreyra said it is a big challenge for him. 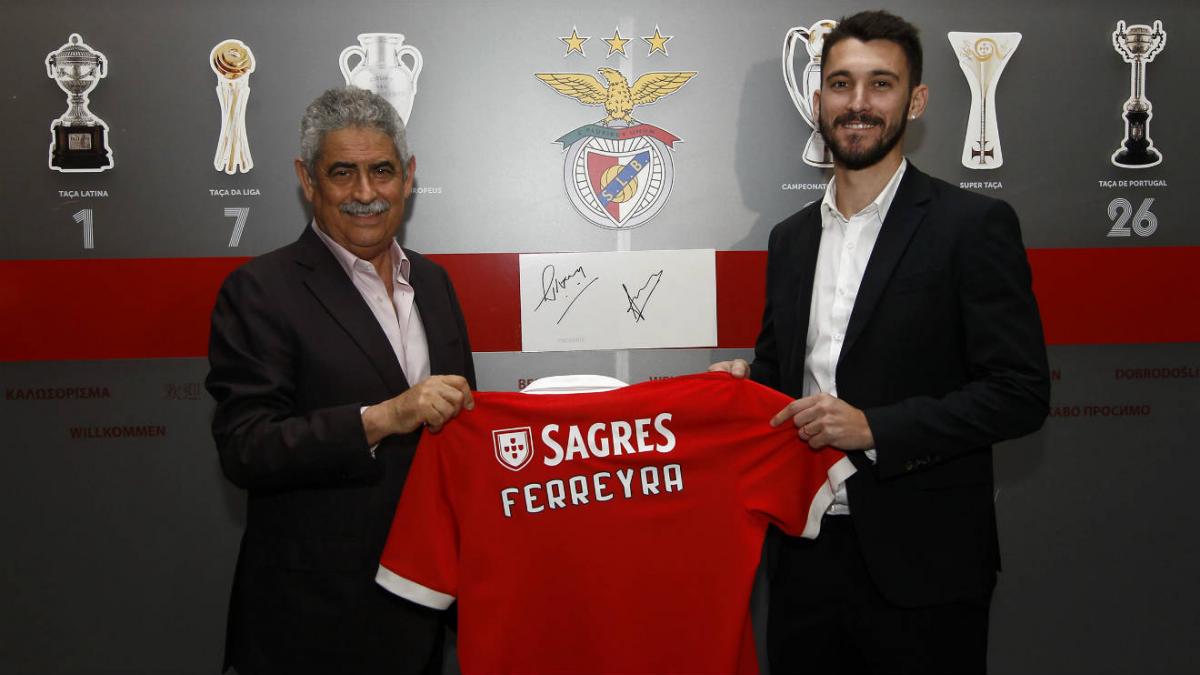 Facundo Ferreyra is the new signing of Benfica, Portugal, for the 2018/19 season, after Shakhtar Donetsk's former striker has inked a four-year deal and admitted to be delighted with the eagles' "greatness."

"It's an enormous Club! I'm happy to be here. In order to play I got to be fit and mentally strong," he told BTV, according to S. L. Benfica's official website.

"It's a big responsibility to wear Benfica's jersey. I am eager to meet my teammates and to start playing with this club," Ferreyra said after signing contract and receiving the holy cloak from the President Luís Filipe Vieira's hands.

The 27-year old player is a compatriot of many footballers whom have recently played with the eagle on the chest (such as Di María, Aimar or Saviola), an aspect which made him follow Benfica from early on.

"I follow Benfica since I was young due to all the Argentinians footballers who have played here", he declared.

Passing from Ukraine to Portugal is a big change in the life of Ferreyra, but the Argentinian wants to quick adaptation to the red reality.

"It's a 100% change for me. Other culture, other city… I'm going to adapt quickly to the team, to the game plan, to my teammates and everything will be just fine," he assured. "The supporters can expect a player who gives everything for the team, who is going to run, to try to score, to make sacrifices for the team."

After a great season at the service of the Ukrainian Champion, the Argentinian has revealed why he decided to join the eagles.

"It's a big challenge. When I was told about Benfica, I was sure of my decision, although I was good in Ukraine. I played all the matches, scored goals, was happy, but I needed to take a shot at a better league and with a big club."