Vitali Klitschko honors brother in his Hall of Fame moment

With a Ph.D in his portfolio, the 6-foot-7 Klitschko earned the nickname "Dr. Ironfist." 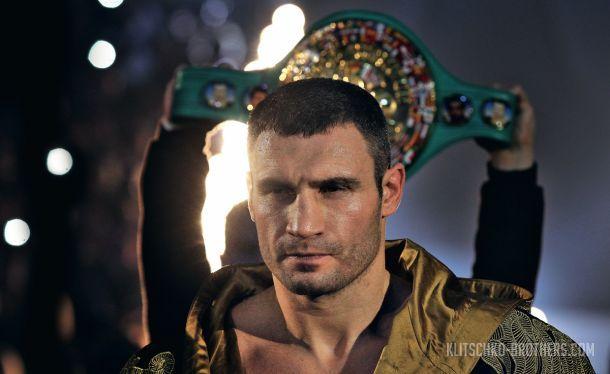 Vitali Klitschko was elected to the Hall of Fame in December, three years after he decided to re-enter politics in his native Ukraine.

"It's not reality. It's dream," Klitschko said Sunday during his induction into the International Boxing Hall of Fame, according to the Las Vegas Sun. "I never expected I will be in (the Hall of Fame). I didn't expect one day I become world champion in the United States. I'm very proud to be together with boxing legends. It's a dream to be in with Muhammad Ali."

With a Ph.D in his portfolio, the 6-foot-7 Klitschko earned the nickname "Dr. Ironfist." A product of the Soviet athletic system, Klitschko and his younger brother, Volodymyr, dominated the heavyweight class for a decade.

Vitali, now Mayor of Kyiv, boxed professionally from 1996-2013, his fierce jab and aggressive punching the keys to a 45-2 record with 41 knockouts.

No surprise that Volodymyr made sure to make the trip to witness his big brother's crowning moment. The bond between the two remains strong.

"I am very proud to have the strongest brother in the world," Vitali said. "We helped each other. I want to say thank you very much, brother, for everything you did for me and your support. Younger brother, I'm more than sure you will also be here."

If you see a spelling error on our site, select it and press Ctrl+Enter
Tags:UkraineKlitschkoboxing