The agreement still requires the approval of both parliaments and a referendum in Macedonia. 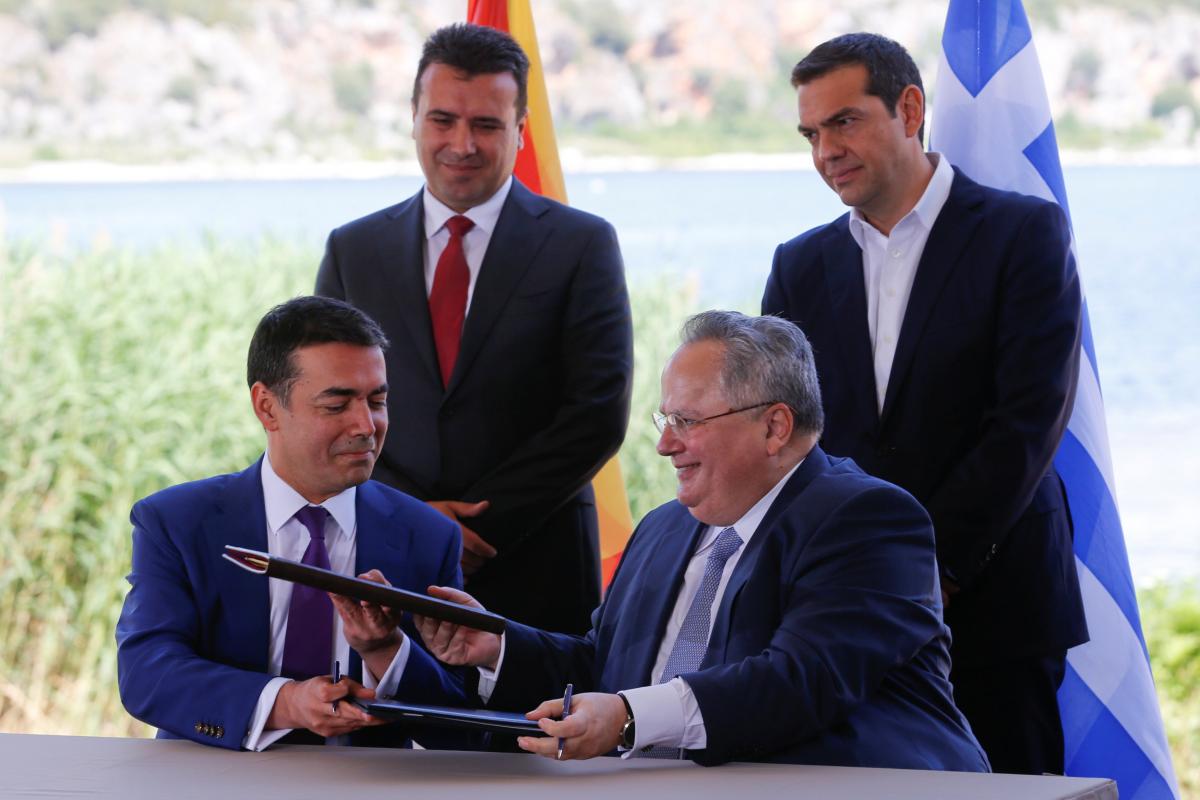 The foreign ministers of Greece and Macedonia signed an accord on Sunday to rename the former Yugoslav republic the "Republic of North Macedonia."

The landmark accord follows decades of inconclusive talks which had soured relations between the two countries and held up the admission of the Balkan state into the EU and NATO, of which Greece is a member, as reported by Reuters.

The agreement still requires the approval of both parliaments and a referendum in Macedonia.

"We have a historic responsibility that this deal is not held in abeyance, and I am confident that we will manage it," Greek Prime Minister Alexis Tsipras said as he and his Macedonian counterpart Zoran Zaev received a standing ovation from guests at a lakeside ceremony.

Tsipras survived a no-confidence vote mounted by Greece's opposition in parliament on Saturday, but the depth of public emotion against the deal is strong.

Up to 70 percent of Greeks object to the compromise, an opinion poll by the Proto Thema newspaper showed on Saturday.

Under the deal, Greece will lift its objections to the renamed nation joining the EU and NATO.

"Our two countries have to turn from the past and look to the future," Zaev said. "We were bold enough to take a step forward."

Greece has been in dispute with Macedonia since 1991 over the former Yugoslav republic's name, arguing it could imply territorial claims over the Greek province of Macedonia and an appropriation of ancient Greek culture and civilization.

The subject is an emotional one for many Greeks. On Saturday, thousands of protesters outside the parliament building shouted "Traitor, traitor!" as lawmakers debated inside.

If you see a spelling error on our site, select it and press Ctrl+Enter
Tags:GreeceMacedoniarenaming