Mr. Putin's regime alone is responsible for the assaults on Ukraine, for Mr. Sentsov's torture and phony trial and for whatever shadow Russia's actions cast over the soccer games. 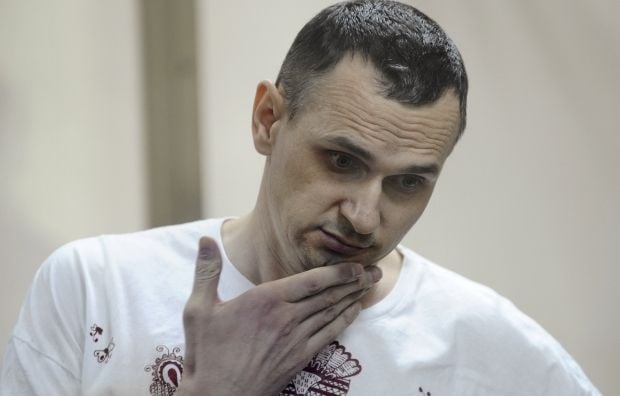 In the midst of hosting the World Cup soccer extravaganza, the last thing Vladimir Putin wants to be reminded of is human rights, Crimea or Ukraine. That's a good reason to raise the case of Oleh Sentsov, a Ukrainian filmmaker who has been on a hunger strike for more than a month in a remote Siberian penal colony, to remind the Russian president that his costly sport show does not wipe away his government's crimes.

Mr. Sentsov, a 41-year-old native of Crimea, was making a name on the film festival circuit and working on his second feature film when Russia annexed Crimea in 2014. He was arrested with three other Ukrainians on charges of "terrorism," which purportedly consisted of plotting to blow up a statue of Lenin and set fire to the door of a Russian political party. Mr. Sentsov said he was beaten into a confession; during his trial, the main witness against him retracted his testimony, saying it was given under torture, The Editorial Board of The New York Times wrote in an editorial on June 18, 2018.

No matter. Following in the best tradition of the Soviet era, Mr. Sentsov was sentenced to 20 years in prison, which he is currently serving in Russia's northernmost prison. On May 14, he went on a hunger strike to demand the release of about 70 Ukrainian political prisoners in Russia.

The case has raised an international outcry. Prominent film directors, Russian and international, declared their support for Mr. Sentsov; the European Union called the case a "breach of international law and elementary standards of justice"; on Thursday, the European Parliament passed a resolution demanding the immediate release of Mr. Sentsov and the other Ukrainian prisoners. President Emmanuel Macron of France raised the case with Mr. Putin.

The State Department has also spoken out on behalf of Mr. Sentsov, though at the same time President Trump insists it was President Barack Obama who "lost" Crimea and has called for Mr. Putin to be reinstated in the Group of 7, from which he was expelled over the annexation of Crimea – which, in Mr. Trump's view, happened "long before I got there."

The Kremlin has gone on its usual counterattack. It maliciously claimed that Mr. Sentsov's bruises were not torture marks but a result of his "sadomasochism." Kremlin-allied media have cast aspersions on his filmmaking and, of course, have claimed that Western protests over his incarceration are a ploy to undermine Russia's World Cup tournament.

No, no and no. Mr. Putin's regime alone is responsible for the assaults on Ukraine, for Mr. Sentsov's torture and phony trial and for whatever shadow Russia's actions cast over the soccer games.

Mr. Sentsov is risking his life to draw attention to all this. He and the truth he proclaims deserve the full support of the West, no matter what is going on in Russia's stadiums – or in Mr. Trump's mind.