09:40, 25 June 2018
World
239 0
The victor will wield sweeping executive powers under a new presidential system, which curbs the authority of parliament and the judiciary and which critics say entrenches one-man rule. 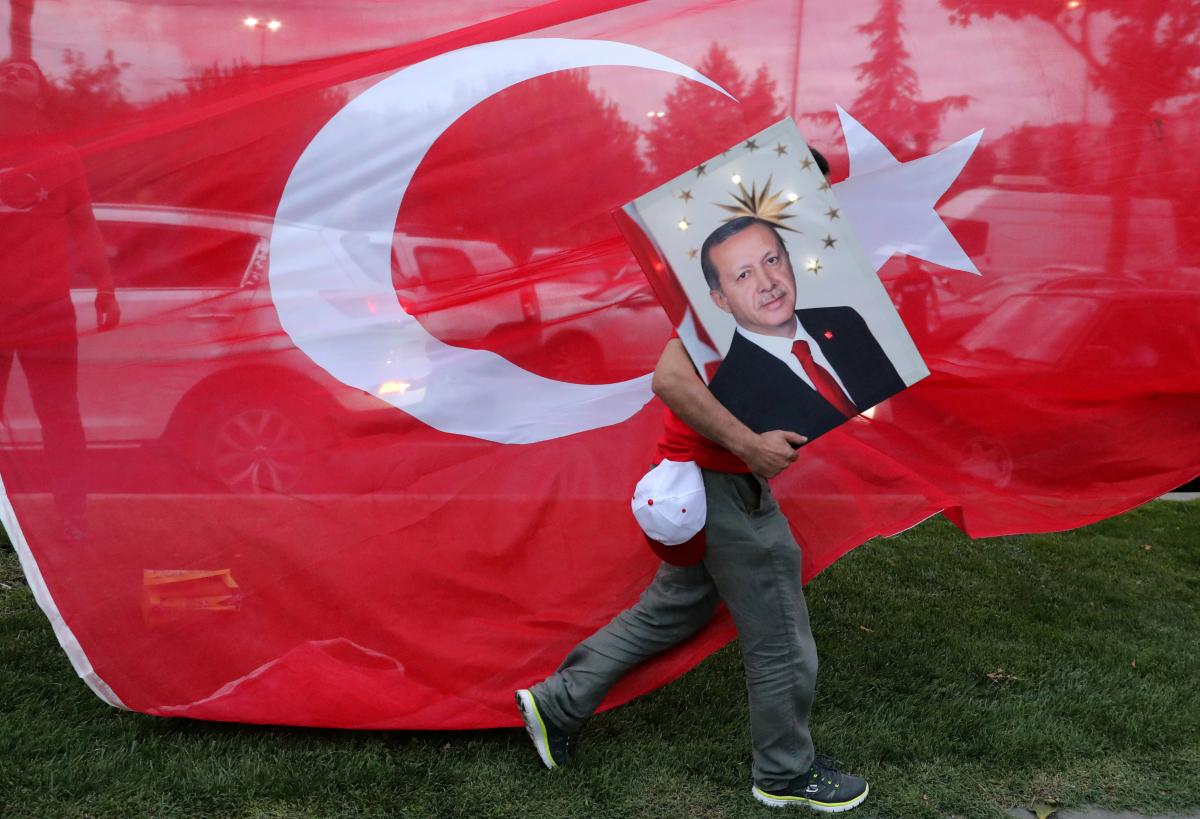 Speaking early Monday, Supreme Election Council head Sadi Guven said 97.7% of votes had been counted and declared Erdogan the winner, according to the Washington Post citing the Associated Press.

The election was one of the most consequential votes in years and saw a revitalized opposition unify to challenge the incumbent president, who has ruled Turkey for a decade and a half.

The victor will wield sweeping executive powers under a new presidential system, which curbs the authority of parliament and the judiciary and which critics say entrenches one-man rule.

Erdogan’s ruling party and its nationalist ally also appeared to secure a majority in the legislature, based on unofficial results published by both the state-run news agency and the opposition-linked Election Justice Platform, which was monitoring the count.

Ince was reported by pro-government media and the pro-opposition platform to have received roughly 30 percent of the vote, with the remaining ballots apparently cast for lesser-known candidates.

The state-run Anadolu Agency said the CHP-led alliance received 34 percent of the parliamentary vote, while Erdogan’s Justice and Development Party, or AKP, lost its majority. But together with its ally, the Nationalist Movement Party, which outperformed at the polls, it will maintain control of the parliament.

The pro-Kurdish Peoples’ Democratic Party, or HDP, also passed the 10 percent threshold to enter parliament, despite the imprisonment of its leader and presidential candidate, Selahattin Demirtas.

Videos allegedly showing voting irregularities and uncounted ballots circulated on social media Sunday, but the images could not be verified.

Erdogan’s supporters took to the streets in Istanbul and other cities in celebration Sunday night.

The votes for president and parliament were critical tests for Erdogan, 64, who sought reelection to another five-year term. But for the first time, he faced a formidable challenger in Ince, whose charisma and sharp criticism of the president gave him wide appeal. His election rallies drew millions in cities throughout the country.

Erdogan had called surprise snap elections in April, 19 months ahead of schedule, in a move that analysts said was intended to catch the opposition off guard.

On Sunday, prior to the polls closing, there were scattered reports of ballot-stuffing, largely in Turkey’s southeast, where tensions between the government and the ethnic Kurdish minority remain high.

The election council, responding to reports of vote-rigging, announced earlier in the day that it had “taken action” to prevent further fraud, but other officials played down the allegations. A report by the Anadolu Agency said 10 foreigners — including French, German and Italian nationals — had been arrested over alleged attempts to “interfere” in the elections, citing Interior Ministry officials. The report said they were not accredited to monitor the vote.

If you see a spelling error on our site, select it and press Ctrl+Enter
Tags: #Erdogan#Turkey#election
Latest news