Nearly 2.6 million people had signed a petition against the reform on Change.org by July 1. 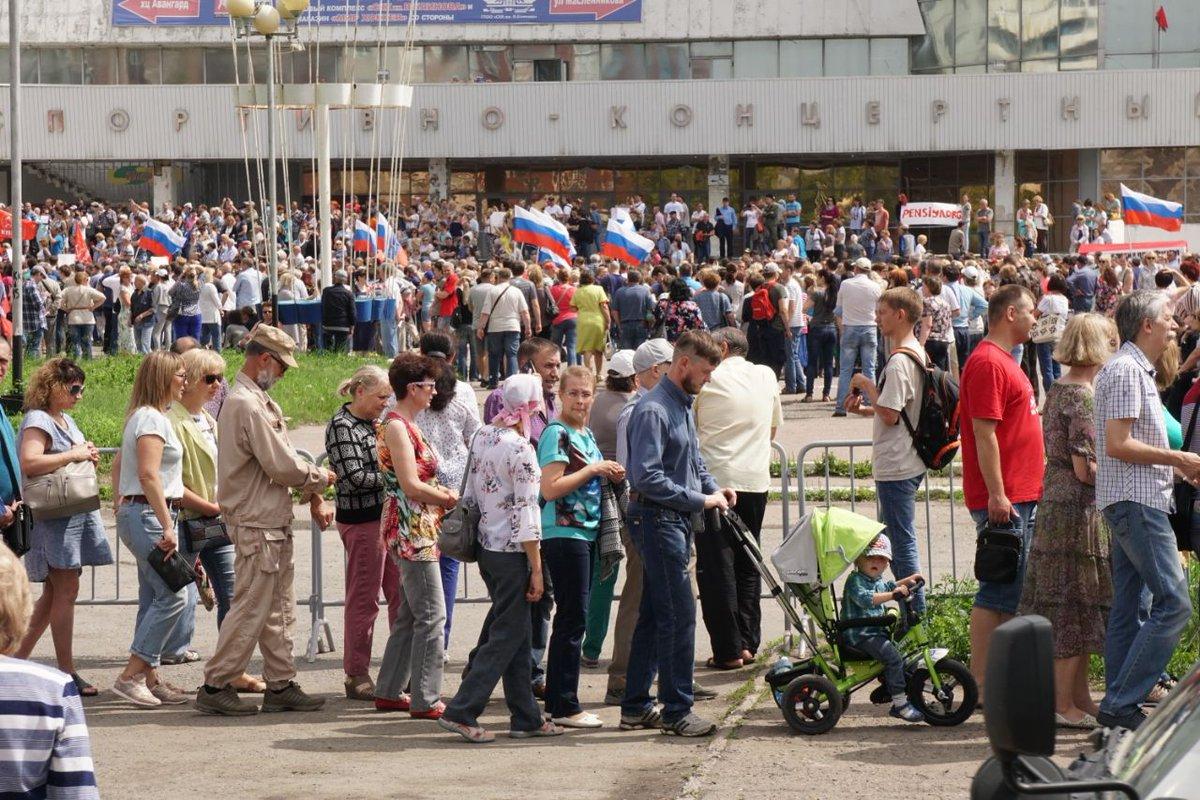 Hundreds of people in Russia's Far East have responded to opposition politician Aleksei Navalny's call to protest against the government's plan to raise the retirement age.

More than 500 people gathered on July 1 in Birobidzhan, the capital of Russia's Jewish Autonomous Region, carrying posters with slogans such as "The hungry pensioner is the shame of the state" and "Die before retirement," RFE/RL's Siberia.Reality has reported.

During the rally on Birobidzhan's Lenin Square, the participants urged the authorities to scrap the bill on the pension reform, to stop the rise in gasoline prices, and not to increase the value-added tax.

The first increases since the Soviet era would shorten the retirement period for many people in Russia, where life expectancy is relatively low and the pension age is lower than in any other developed country.

Navalny on June 19 urged Russians to protest on July 1 against the plan, calling it "robbery" and a crime against the citizenry.

The anticorruption crusader and vocal Kremlin foe said supporters had filed requests for permission for public gatherings with the authorities in 20 cities.

But applications have not been filed in any of the 11 cities that are hosting matches in the June 14-July 15 soccer World Cup, he said.

Most demonstrations are prohibited during the tournament in those cities, which include Moscow and St. Petersburg.

The proposal to raise the retirement age has angered many Russians who would see their retirement recede into the future under the reform.

Nearly 2.6 million people had signed a petition against the reform on Change.org by July 1.

If you see a spelling error on our site, select it and press Ctrl+Enter
Tags:Russiaprotests