The entrapped group of children will now have to learn how to breathe in scuba diving gear; everything else will be done by Navy Seals, the Ukrainian diver says. 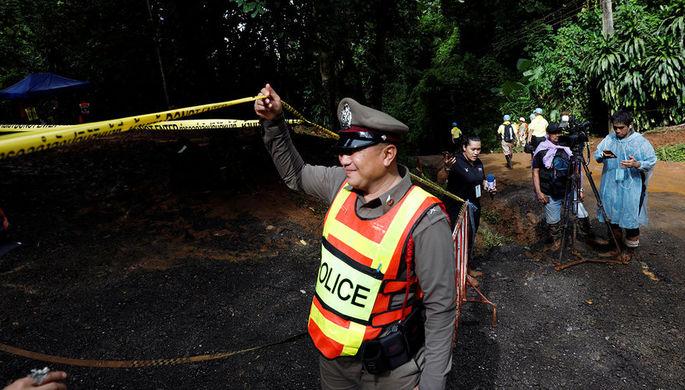 Two Ukrainians, Vsevolod Korobov and Maksym Polezhaka, have played their significant part in an international rescue mission in Thailand after a boys' football team went missing in a vast mountain cave network.

It was their team who laid underwater guiding ropes in complete darkness, paving way to the spot where the children had been earlier found. Now, other divers move along those ropes, supplying tools and equipment.

Most importantly, this path is highly likely to be used to extract the group from the cave, Korobov said.

"Children will have to learn how to breathe in scuba diving gear; everything else will be done for them by Navy Seals. They will be pulled along the rope, and they will only need to breathe through the regulator," the Ukrainian said.

He also noted that it was Maksym Polezhaka who did the job in the remote cave.

"And now the hardest part: to find the way how to pull the kids out. Team brainstorming," the diver wrote on Facebook.

As reported earlier, twelve Thai boys and their football coach missing in caves in Thailand for nine days have been found by divers on a ledge in a cavern after a marathon search operation in the Tham Luang caves in Chiang Rai.