Obama: United States to continue pressure on Russia through sanctions 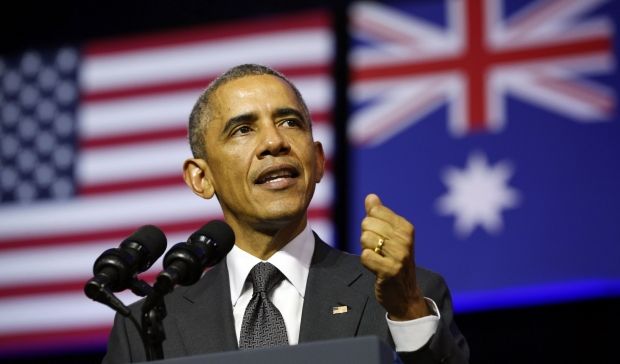 "I’m not optimistic about the prospects for further development of Russian-American relations," he said.

"The citizens of the United States believe that Russian President Vladimir Putin uses in his policy an approach that is oriented to the past and intimidates the neighbors of Russia," Obama said.

"However, until the negative consequences of the sanctions imposed by the West against Moscow begin to move from the economy into politics, the chances for any change of Russian policy are small," Obama added.

As UNIAN reported earlier, Russia annexed the Ukrainian territory of Crimea in March after invading the peninsula with its troops, and then began to destabilize the situation in the Donbas. Later, the self-proclaimed Donetsk and Luhansk People's Republics were created with the direct participation of Russian special services and the support of Russian army in the Donbas.

Russia also supplies weapons to the insurgents of the DPR and LPR and sends its mercenaries and regular troops to Donbas.

In response, the European Union, the United States, Canada, Japan, Australia and many other countries have imposed three stages of sanctions against the Russian Federation.