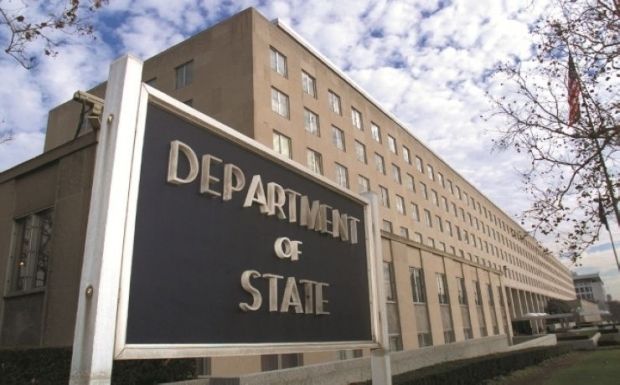 "This is not a struggle for influence. This is a fight for the people of Ukraine and the entire region, encouraged by the necessity to tell the truth about what is happening on the ground,” Harf said.

“We are seeing the incredible scale of Russian propaganda: for the most part, it is an outright lie, but also an incredible distortion of what is happening .”

Commenting on a bill adopted by the House of Representatives of the U.S. Congress describing the Russian authorities as an authoritarian regime, Harf, said that current relations between Washington and Moscow are "a direct result of the Russia’s actions, its intervention in the conflict in eastern Ukraine – by deploying tanks, weapons and people."

All of the above acts are direct violations of international law, Harf said.

"Therefore, the kind of relationship we have today has resulted from Russia’s choice to go along this path," she said, adding that if Moscow had chosen a different path, "relations today would be different."