Trump has repeatedly said the investigation into suspected Russian interference in the 2016 U.S. election makes it hard for him to do substantive deals with Moscow. 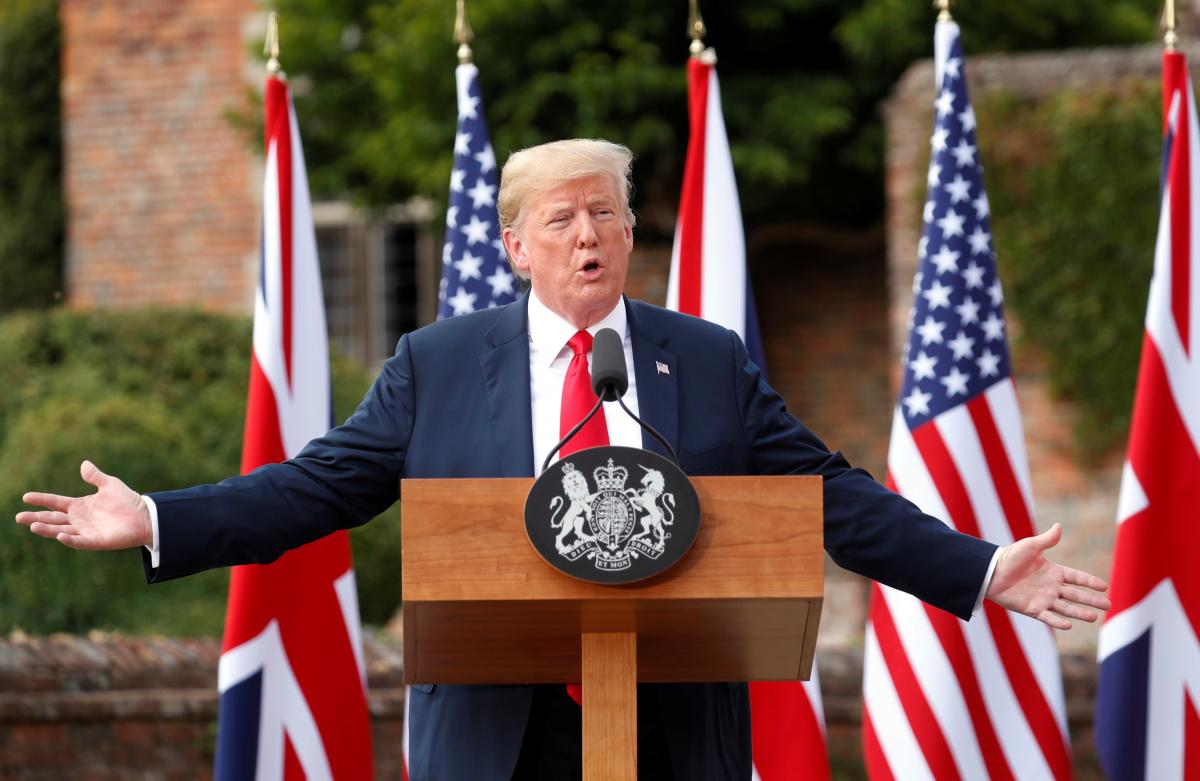 U.S. President Donald Trump said he had low expectations for the Monday summit with Kremlin chief Vladimir Putin just days after 12 Russian intelligence officers were charged by a federal grand jury for hacking the Democrats ahead of the 2016 election.

The summit, which comes at one of the most crucial junctures for the West since the 1991 fall of the Soviet Union, has alarmed some NATO allies who fear Putin might seek a grand deal that undermines the U.S.-led transatlantic alliance, Reuters said.

Trump, who has been preparing for the summit by playing golf at his Trump Turnberry course on the western coast of Scotland, told CBS in an interview that "nothing bad" would come out of the summit with Putin.

"I go in with low expectations," Trump told CBS in Turnberry. "I'm not going with high expectations."

A U.S. federal grand jury charged 12 Russian intelligence officers on Friday with hacking Democratic computer networks in 2016, in the most detailed U.S. accusation yet that Moscow meddled in the election to help Republican Trump.

Trump has repeatedly said the investigation into suspected Russian interference in the 2016 U.S. election – which he casts as a "rigged witch hunt" – makes it hard for him to do substantive deals with Moscow.

Others on the U.S. side sought to lower expectations, attempting to downgrade the summit to just a regular bilateral meeting, given that no major achievements are likely.

"We have asked, and the Russians have agreed, that it will be basically unstructured. We are not looking for concrete deliverables," White House national security adviser, John Bolton, told ABC's "This Week" in an interview.

"It's a meeting… This is an attempt to see if we can defuse and take some of the drama, and quite frankly some of the danger, out of the relationship right now."

If you see a spelling error on our site, select it and press Ctrl+Enter
Tags:RussiaPutinUSATrumpsummit