Putin on allegations Rusia has "kompromat" on Trump: "Throw this junk out of your head"

The Russian president claims he was unaware of Trump visiting Russia back when he was a businessman. 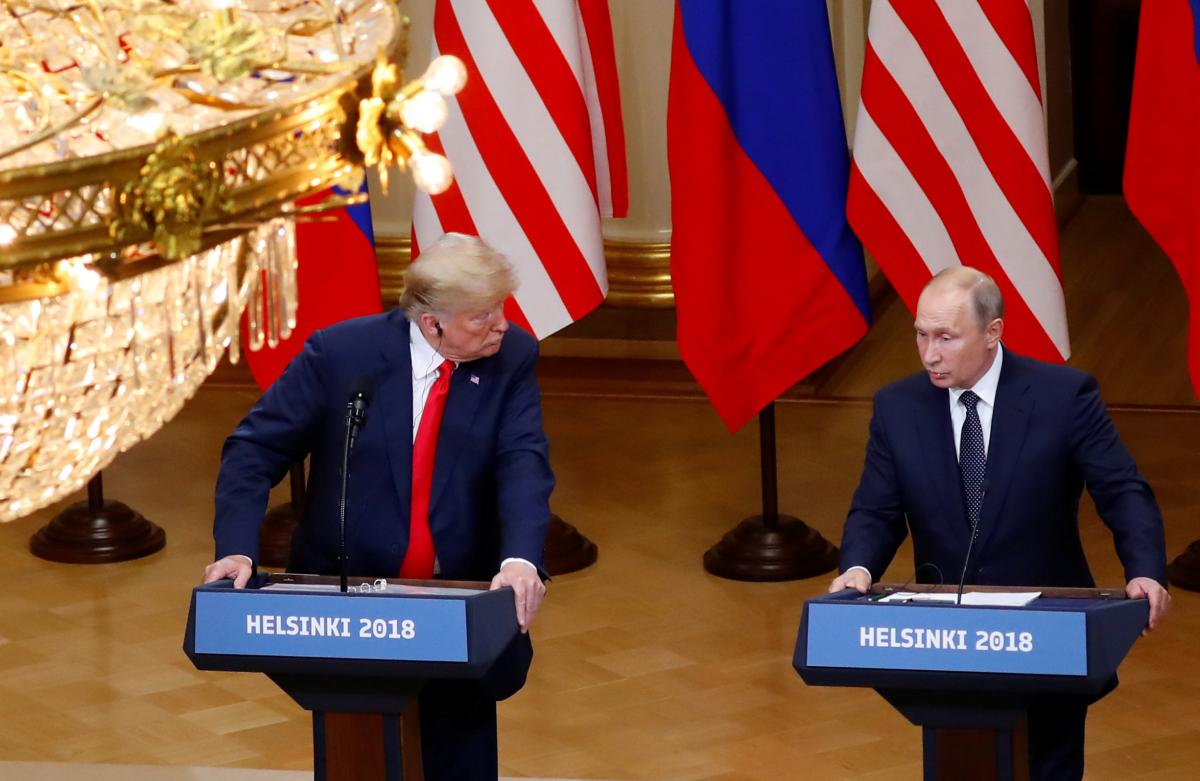 Russian President Vladimir Putin, when asked on whether the Russian government has any compromising material on Donald Trump or his family suggested that journalists "throwing this peel out of my head," an UNIAN correspondent in Russia reports.

Trump told a joint press conference with Vladimir Putin in Helsinki (Finland) following the talks of the two leaders.

"As for compromising materials... There has been an allegation that we compiled a dossier on Mr. Trump when he came to Moscow. Dear colleague, when Mr. Trump came to Moscow, I was even unaware of it. I respect President Trump as head of the United States, but when he came over as a businessman, I was not even aware that he's in Moscow," Putin said.

He added that over 500 American senior executives had come to the St. Petersburg Economic Forum, and that he would not remember all their names.

"Do you believe we've done field work and collected compromising material on all of them? Definitely it's absurd. I can't really imagine anything more absurd than this. So please, throw this junk out of your head," Putin said.

If you see a spelling error on our site, select it and press Ctrl+Enter
Tags:PutinTrumpallegationskompromat