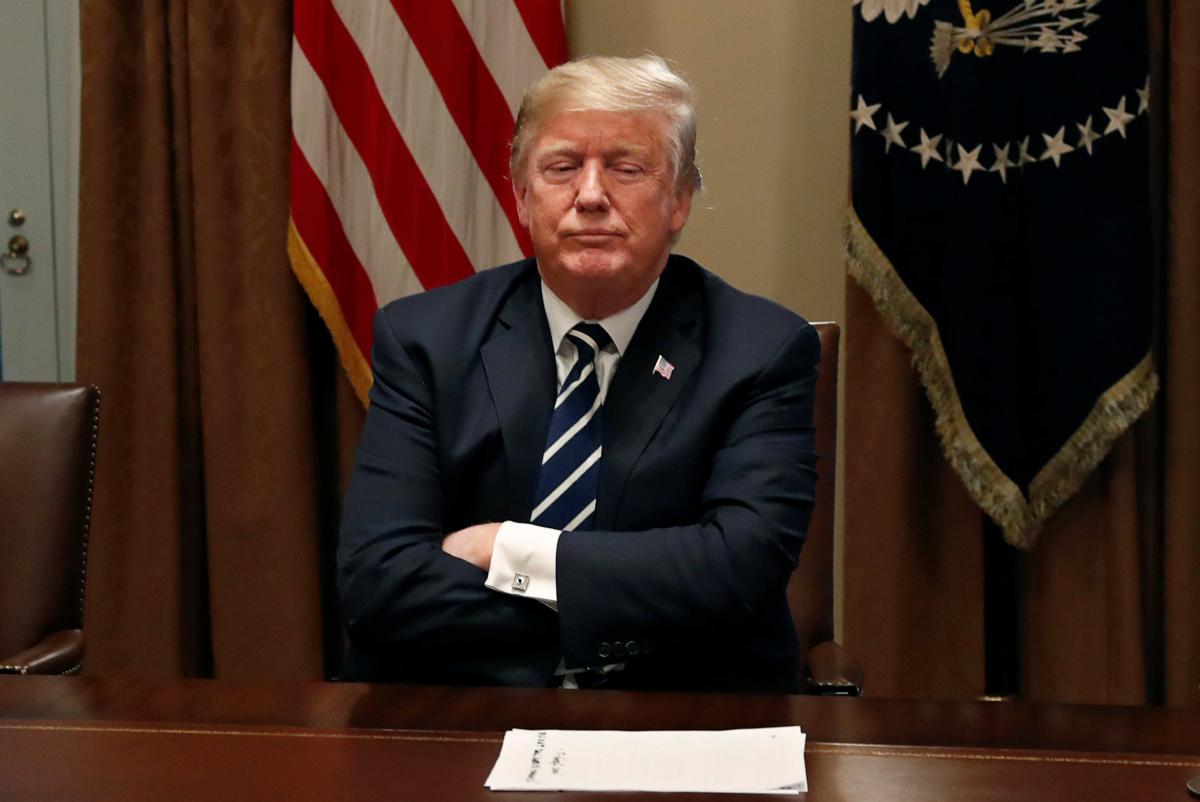 President Donald Trump said on Wednesday he does not believe Russia is still targeting the United States, contradicting U.S. intelligence assessments that Moscow was continuing its attempts to meddle in American elections.

Trump on Tuesday tried to walk back comments that he believed Russian President Vladimir Putin over American intelligence chiefs on Russian interference in the 2016 election, saying that he had misspoken a day earlier after a summit meeting with Putin in Helsinki, according to Reuters.

Asked by reporters on Wednesday if Russia was still targeting the United States, Trump shook his head and said, “No.”

Trump has been scrambling to undo the damage from his comments on Monday in which he gave credence to Putin’s denials over the conclusions of American intelligence services.

“We’re doing very well, probably as well as anybody has ever done with Russia. And there’s been no president ever as tough as I have been on Russia,” Trump told reporters before a Cabinet meeting at the White House.

U.S. Director of National Intelligence Dan Coats told a congressional committee in February that he already had seen evidence Russia was targeting U.S. elections in November, when Republican control of the House of Representatives and Senate are at stake, plus a host of positions in state governments.

In rebutting Trump’s dismissive comments about U.S. intelligence on Monday, Coats said in a statement, “We have been clear in our assessments of Russian meddling in the 2016 election and their ongoing, pervasive efforts to undermine our democracy.”

If you see a spelling error on our site, select it and press Ctrl+Enter
Tags: #Russia#USA#meddling#Trump#threat
Latest news