Slovakia's Foreign Ministry said it is monitoring the group's activities and is concerned about its presence in the country, but so far it appears the Night Wolves have not done anything illegal. 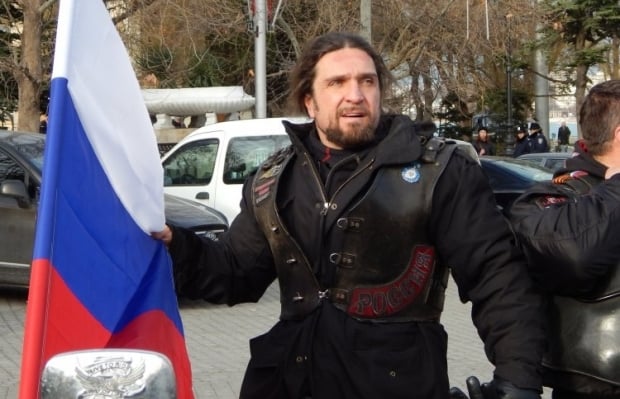 Russia's infamous biker gang the "Night Wolves," which has deep ties to President Vladimir Putin, is on another European tour – and this time it has set up a military-style camp inside an EU and NATO member state.

The club, occasionally nicknamed "Putin's Angels," has settled into an abandoned military camp in Slovakia, a Central Eastern European country that previously made up part of communist Czechoslovakia. The country was part of the Soviet-aligned Warsaw Pact, the Soviet Union's erstwhile answer to NATO. But both of Czechoslovakia's successor states, Slovakia and the Czech Republic, have since joined the EU and NATO, a predominantly Western military alliance, as reported by Newsweek.

The Night Wolves, which supports Moscow's anti-NATO agenda, now says it wants to open a permanent chapter in Slovakia. The group held an opening ceremony June 23 that was attended by an official from the country's Russian embassy.

Slovakia's Foreign Ministry said it is monitoring the group's activities and is concerned about its presence in the country, but so far it appears the Night Wolves have not done anything illegal. Nevertheless, some activists argue that the group has arrived to stir up trouble and stoke anti-EU and anti-NATO sentiment.

"I see the Night Wolves setting up a base in the broader context of Russian support for the extreme right and left in Europe. In this case, members of the paramilitaries that have been training there, calling themselves Slovak Recruits, had previously fought in East Ukraine on the Russian side," Daniel Kral, an expert on Central Europe, told Newsweek.

At least 200 public figures in the country signed a petition Tuesday urging the country's government to take action.

"At the time of the 50th anniversary of the August occupation of Czechoslovakia by armies of the Warsaw Pact, the Russian motorcycle gang Night Wolves, which has been on the U.S. sanctions list since 2014, is becoming active as part of a Russian hybrid war against the EU, NATO and Slovakia," the letter reads.

Photographs of the military compound, which the Night Wolves first occupied in late June, showed that the group had access to tanks and armored vehicles. The equipment belongs to the Slovak Defense Ministry but was rented to the Night Wolves by the head of the Slovak Military History Institute, who has since been suspended over the incident, according to local reports.

"However, excessive moves, for example, targeting Night Wolves themselves, may cause a backlash of pro-Russian sentiment, likely to be echoed by prominent figures in govt and parliament," Kral said.

Jozef Hambalek, the head of the Slovak chapter of the Night Wolves, has close ties to the country's former interior minister, who is now a parliamentarian from Slovakia's ruling party Direction – Social Democracy (Smer). Over the past year, its euro-skeptic coalition partner the Slovak National Party has been pushing Smer closer to Russia, analysts say.

The Night Wolves are well known for promoting Russian nationalism and ideas of pan-Slavic brotherhood in countries around Eastern Europe, as well as espousing far-right ideologies and anti-gay sentiment. The group was also hit with U.S. sanctions for its involvement in the conflict in eastern Ukraine, where pro-Russian separatists have been fighting Ukrainian government forces for the past four years.

In recent months, the group went on a tour of the Balkans. Bosnia's government banned the leader of the Night Wolves, a man called Aleksandr Zaldostanov, from entering the country, arguing that he poses a national security threat.

According to a recent report by think tank Foreign Policy Research Institute, a member of the Serbian chapter of the Night Wolves, Alkdandr Sindjelic, attempted to stage a coup in Montenegro in 2016 with the help of Russian military intelligence.