The polar bear was then shot dead 'in an act of self-defense' by the second guard. 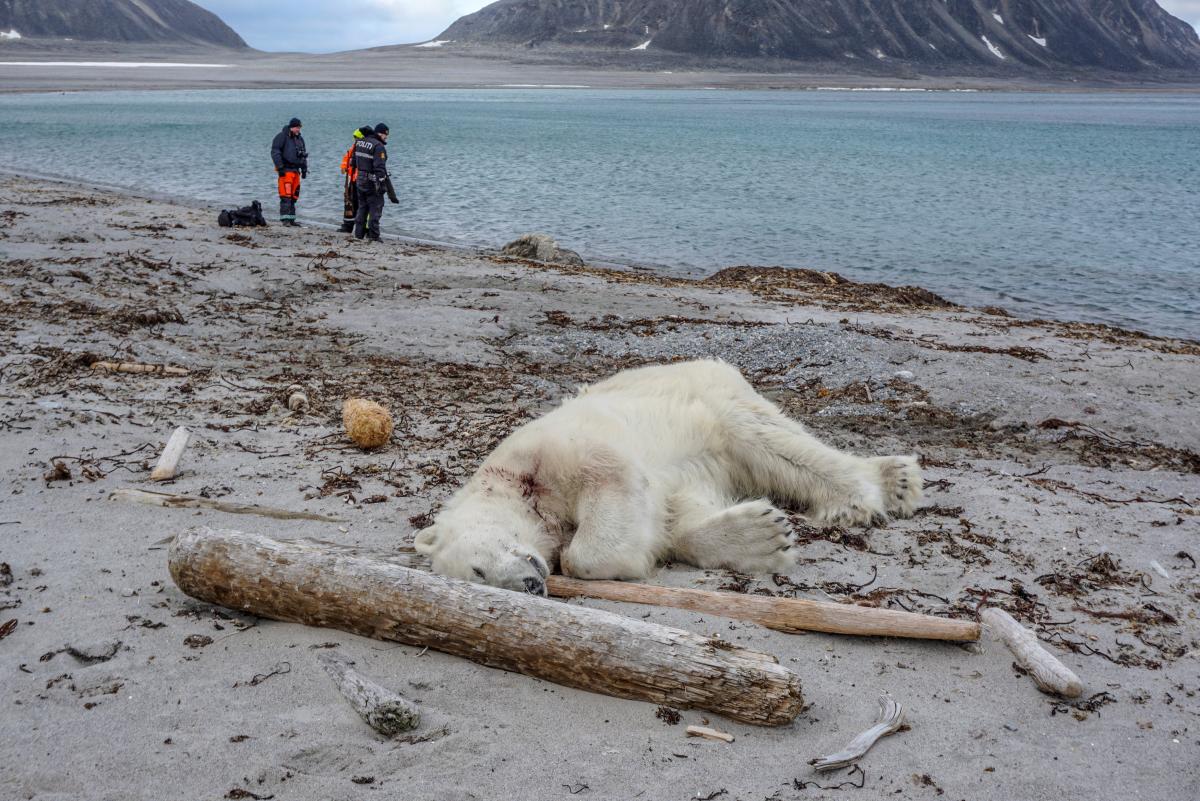 Norwegian authorities said a polar bear on Saturday attacked and injured a polar bear guard who was leading tourists off a cruise ship on an Arctic archipelago. The polar bear was shot dead by another employee, the cruise company said.

The Joint Rescue Coordination for Northern Norway tweeted that the attack occurred when the tourists from the MS Bremen cruise ship landed on the most northern island of the Svalbard archipelago, a region between mainland Norway and the North Pole that is known for its remote terrain, glaciers, reindeer and polar bears, the Daily Mail reported.

The German Hapag Lloyd Cruises company, which operates the MS Bremen, said that two polar bear guards from their ship went on the island and one of them 'was attacked by a polar bear and injured on his head.'

The polar bear was then shot dead 'in an act of self-defense' by the second guard, spokeswoman Negar Etminan said.

The injured man was taken by helicopter to the town of Longyearbyen on Spitsbergen island. He was not identified and no further information was given on him.

'He was flown out, was responsive, and is currently undergoing medical treatment,' Etminan said, adding that the victim was not in a life-threatening condition.

She said all cruise ships traveling in the northern region are obliged to have polar bear guards aboard.

Arctic tourism to the region has risen sharply in the last few years and is now in high season. A Longyearbyen port schedule showed that 18 cruise ships will be docking at the Arctic port in the next week.