One of the former activists of the far right Bulldogs organization, Andrea Palmeri, was engaged in the recruitment and financing of pro-Russian mercenaries in eastern Ukraine. 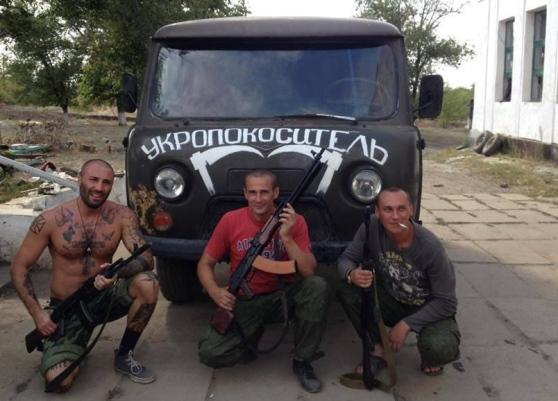 Italian police are investigating into the illegal activities of an organization which recruited and sent pro-Russian mercenaries to the Donbas war.

The successful raid that resulted in the arrest of six suspects was led by the Prosecutor's Office of Genoa (Liguria region), as reported by Europeiska Pravda with reference to Italy's La Repubblica.

Arrests were carried out in Milan, Parma, and Avellino.

The investigation led by the Genoese prosecutor's office focuses on a total of 15 people. Law enforcers have so far arrested three recruiters, two of them Albanian and Moldovan nationals. Another three suspects, who are most likely in Donbas at the moment, were arrested in absentia.

The prosecutor's office issued arrest warrants on charges of "recruiting mercenaries and participating in a military conflict abroad."

In addition, the police searched homes of seven other people.

As noted, the exposure of a criminal organization engaged in the recruitment of mercenaries for the Donbas war was preceded by an investigation into the activities of the ultra-right organizations in Liguria. Law enforcers followed the posts in the social networks by Andrea Palmeri, one of the former activists of the ultra-right organization "Bulldogs" to find out that he had been engaged in recruiting and financing pro-Russian mercenaries in the conflict zone in eastern Ukraine.

As UNIAN reported earlier, more than 50 Moldovan mercenaries are fighting in the east of Ukraine in the ranks of militants of Russian-controlled terrorist organizations "LPR" and "DPR."

If you see a spelling error on our site, select it and press Ctrl+Enter
Tags:DonbasUkrainearrestItalymercenaries