But back in 2017, Trump's legal team released a statement that said Trump Jr. had "primarily discussed a program about the adoption of Russian children." 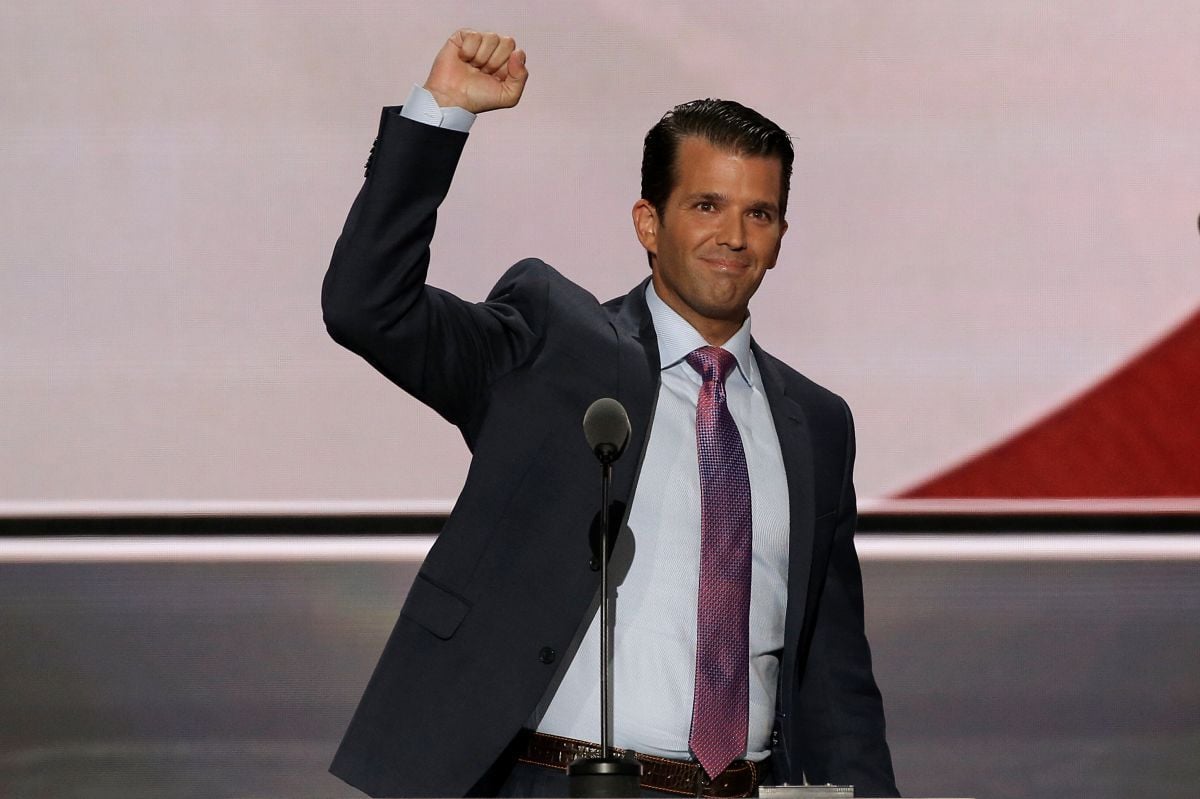 U.S. President Donald Trump on Sunday called an infamous 2016 meeting at Trump Tower between his son, Donald Trump Jr., and Russian lawyer "totally legal" — but acknowledged that its real purpose was to obtain damaging information on his Democratic opponent, Hillary Clinton, and not to discuss Russian adoptions.

In a stream of Twitter posts, Trump lashed out at the media and Robert Mueller's probe of suspected Russian interference in the general election, according to CNBC.

The president expressed frustration about how recent reports have suggested he's concerned about how his eldest son might be legally exposed, after having met with a Kremlin-affiliated lawyer at his father's New York City property.

The president branded the latest reporting as "a complete fabrication." Yet in an admission that may become legally problematic, Trump contradicted the original purpose behind why Trump Jr. took the meeting in the first place. Subsequent details have revealed Natalia Veselnitskaya, the lawyer in question, was offering information derogatory to the Clinton campaign.

Read alsoTrump says Russia meddles in U.S. affairs, but so do others

"Fake News reporting, a complete fabrication, that I am concerned about the meeting my wonderful son, Donald, had in Trump Tower. This was a meeting to get information on an opponent, totally legal and done all the time in politics - and it went nowhere. I did not know about it!" Trump tweeted.

But back in 2017, Trump's legal team released a statement that said Trump Jr. had "primarily discussed a program about the adoption of Russian children" when they met in June 2016 — which The Washington Post reported was directed by the president himself. At the time, Trump himself insisted the meeting was completely above board.

In an interview with ABC News on Sunday, Trump lawyer Jay Sekulow effectively admitted the pretext for the meeting was inaccurate. "I had bad information in that statement," Sekulow told the network. At one point, Sekulow denied that Trump had any role in constructing the Trump Tower statement.

If you see a spelling error on our site, select it and press Ctrl+Enter
Tags:RussiaUSATrumpcollusionHillaryClintonlawyer