The White House declined to comment on the document Tuesday, aside from denying that Trump had received any actual paperwork. 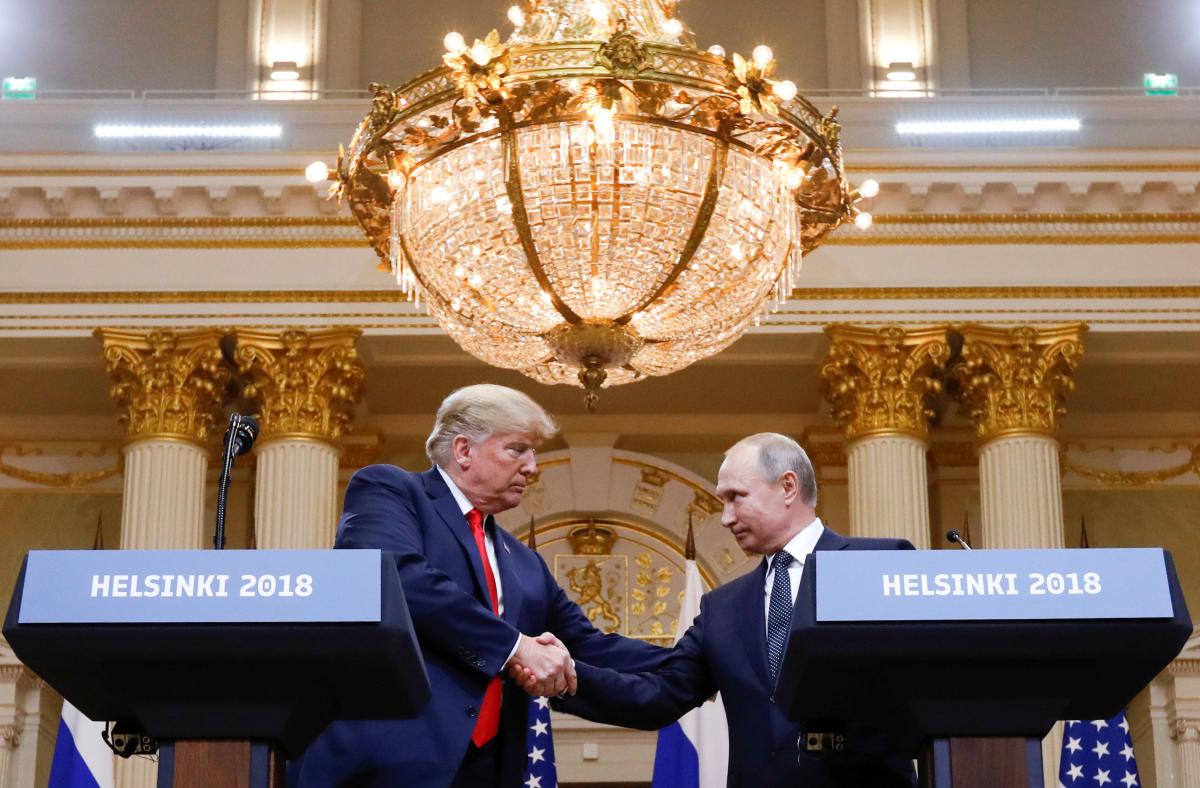 Vladimir Putin presented President Donald Trump with a series of requests during their private meeting in Helsinki last month, including new talks on controlling nuclear arms and prohibiting weapons in space, according to a Russian document obtained by POLITICO.

A page of proposed topics for negotiation, not previously made public, offers new insights into the substance of the July 16 dialogue that even Trump's top advisers have said they were not privy to at the time, according to POLITICO.

Putin shared the contents of the document with Trump during their two-hour conversation, according to a U.S. government adviser who provided an English-language translation.

The publication also reviewed a Russian-language version of the document, which bore the header in Cyrillic “Dialogue on the Issue of Arms Control." The person who provided the document to POLITICO obtained it from Russian officials who described it as what Putin had conveyed to Trump in Helsinki.

Read alsoTrump says Russia meddles in U.S. affairs, but so do others

The White House declined to comment on the document Tuesday, aside from denying that Trump had received any actual paperwork.

The memo points to a surprising normalcy in the priorities that Putin brought to the meeting, which included a willingness to extend a series of landmark nuclear treaties and pursue new weapons limits. Such issues have been standard fare in Russian-U.S. dialogue for decades – though they've been overshadowed of late by rising tensions over topics like Syria and Ukraine, as well as bipartisan complaints in Washington about Trump's refusal to challenge Putin's denials that Moscow had interfered in the 2016 election.

The new details provide evidence that Putin remains interested in maintaining the two nations' traditional cooperation on nuclear weapons despite all their other friction, said one participant in recent unofficial arms control talks in Moscow.