U.S. intelligence officer in op-ed on Washington Post: Putin is afraid of "Maidan" in Moscow

Putin is afraid that one day the Russian middle class will finally rebel against his regime and rush into the streets demanding change. 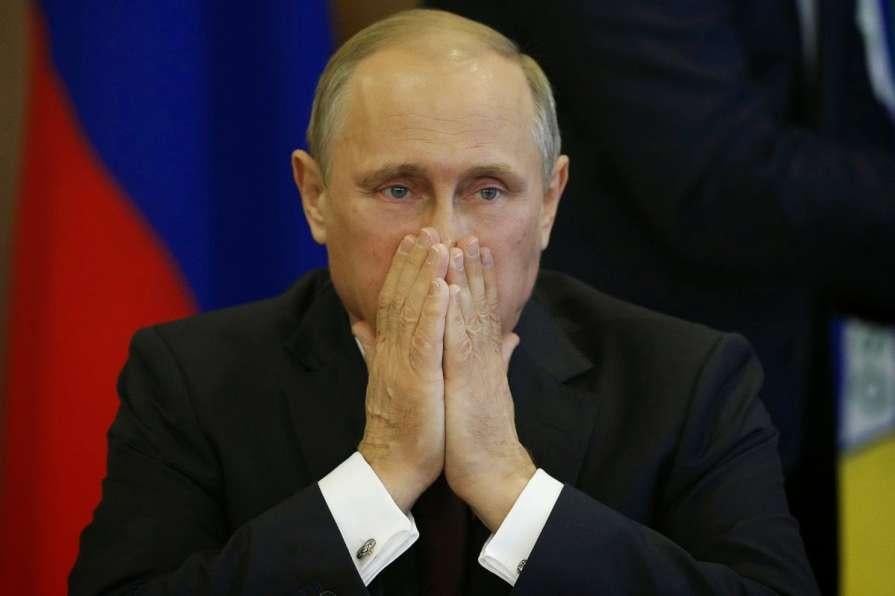 Michael Morell, a career intelligence officer, who served as the deputy director of the Central Intelligence Agency from 2010 to 2013, has shared an opinion with The Washington Post about what Russian President Vladimir Putin is afraid of most of all.

Facebook revealed on July 31 that it had discovered a 17-month-long influence campaign to sow political divisiveness on its network, an effort that bore the hallmarks of the Kremlin-connected Internet Research Agency. Two days later at the White House, the nation's top national security officials said Russia is conducting a pervasive campaign to weaken our democracy and influence this year's midterm elections.

Taken together, these announcements leave no doubt that Russian President Vladimir Putin's political assault on the United States continues unabated. "The most important question the Trump administration and Congress should be asking is: How can we make Putin stop?" Morell wrote in an article for The Washington Post.

Finding the answer is essential because what Washington has done so far – some improvements in defending against these attacks, along with a mixture of targeted sanctions against Russia, the indictment of Russian officials and organizations, as well as the expulsion of Russian intelligence officers from the United States – has not worked.

Stopping Putin is vital, not just as a matter of protecting American democracy from Russian interference but also because we must signal a stronger deterrence to other adversaries, such as China, Iran and North Korea. Potential aggressors must be shown they will pay a price if they attack. With better resources than Russia for trying to undermine our democracy, China, in particular, needs to know that the United States would respond by imposing a heavy cost.

The U.S. answer to Russia, so far, has been ineffective because Washington has targeted only the entities and individuals actually involved in the Russian information operations. Since the 2016 election, the United States, at various times, has imposed sanctions on at least 10 Russian organizations, some more than once, and at least 23 specific individuals. Because the sanctions' targeting has had little impact on the Russian economy overall, the political effect on Putin has been minor.

Here is what the United States needs to do. In terms of self-defense, it must secure the nation's elections system, especially the software that holds data on registered voters. Every vote should be tallied on a backup paper ballot that could be used to verify election results, if necessary. New rules and better enforcement are needed to keep foreign money out of U.S. elections. The federal government should work with individual campaigns to fortify the security of the technology and networks they use. Finally, better coordination across the government is needed to protect U.S. elections, which would probably best be achieved by creating a Hybrid Threats Center similar to the National Counterterrorism Center.

There are several bills in Congress, all with support on both sides of the aisle, that would institute most of these changes and pay for them, but the legislation is frozen by the partisanship this issue stirs.

According to Morell, as for imposing costs on those who attack the United States: Fully implement sanctions already on the books. That is still not happening. But then move beyond targeted sanctions to broad-based sanctions that are designed to hurt the Russian economy – just as the Obama administration's sanctions against Iran were designed to do, as are the Trump administration's. Make it clear to Putin that we would drop the sanctions when he stopped interfering in the democratic institutions of the United States and its allies, some of which are also under siege.

What would such sanctions look like? A Senate bill introduced on August 2, again with sponsors from both parties, is a good start: Prohibit any transaction related to Russian energy projects and bar the purchase of new Russian sovereign debt. Washington should encourage its allies to join in these efforts.

"Putin is afraid of one thing. He is afraid that one day the Russian middle class will finally rebel against his regime and rush into the streets demanding change. It happened in Tunis, Cairo and other Middle Eastern and North African cities between 2010 and 2012, and it happened most alarmingly, from Putin's perspective, four years ago in Kyiv when Ukrainians threw out a government beholden to Moscow. Sanctions that bite at the heart of the Russian economy – sanctions that increase the risk that Russia's middle class will become restive – will get Putin's attention," the author said.

If you see a spelling error on our site, select it and press Ctrl+Enter
Tags:RussiaUkrainePutinMaidanintelligenceinfluence