WikiLeaks, a central figure in the 2016 election and the recipient of an email trove stolen by Russian intelligence, is "considering the offer." 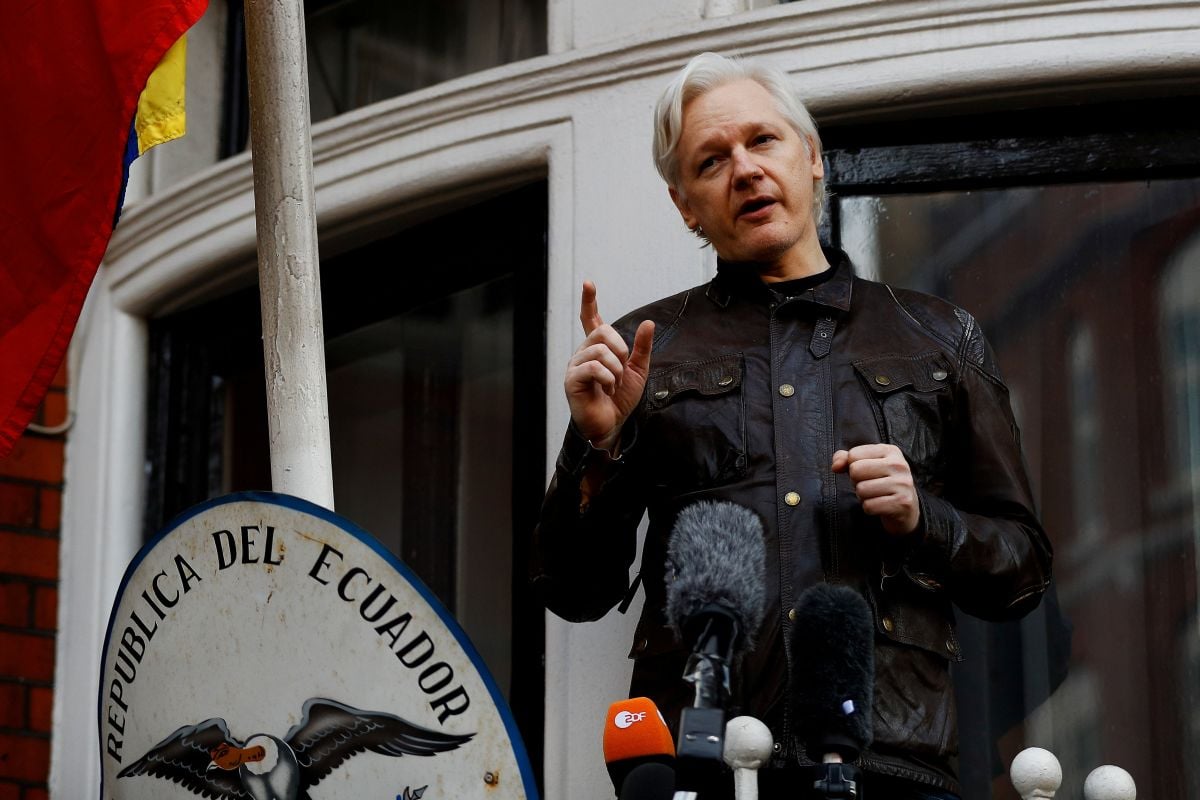 The U.S. Senate Intelligence Committee’s probe into Russian interference in the 2016 election wants to talk to a potential blockbuster witness: Julian Assange.

Assange, the driving force behind WikiLeaks, remains in Ecuador’s embassy in London, where he has lived since seeking asylum in June 2012 following a now-dropped rape investigation in Sweden. His presence in the embassy means that the Senate’s requested interview is packed with geopolitical and legal complications—like much about WikiLeaks circa 2018, according to the Daily Beast.

The self-styled radical transparency group, which U.S. intelligence believes is a catspaw of Russian intelligence, quoted its legal team to say it is “considering the offer but testimony must conform to a high ethical standard,” presumably meaning on the part of the Senate staff who would conduct the interview.

In the summer and fall of 2016, WikiLeaks published thousands of emails and documents from the Democratic National Committee’s servers and from Hillary Clinton senior aide John Podesta, which were pilfered by Russian intelligence. An online personae calling itself Guccifer2.0—and posing as a “lone hacker”—said publicly that it provided the material to WikiLeaks, which released it during politically critical moments.

But according to Daily Beast reporting and special prosecutor Robert Mueller, Guccifer2.0 was a fictitious entity created by the GRU, Russian military intelligence.

Assange publicly suggested that Guccifer2.0 was not his source at all. “He argued that any attempt to associate WikiLeaks with Guccifer 2.0 was pernicious spin,” as the New Yorker put it, and intimated that his source might have been a DNC staffer named Seth Rich who had recently been shot and killed in Washington.

It is unknown if and how the Senate will be able to interview Assange. While Assange’s supporters are expecting Ecuador to evict him from its embassy, that hasn’t happened yet, and Assange continues to fear extradition to the United States, even after Trump publicly declared that he “love[s] WikiLeaks.” (His secretary of state, not so much.) WikiLeaks’ tweet suggested that Assange is concerned that the Senate request might hasten the UK, after an Ecuadorean eviction, to provide him to Washington. Despite an Obama-era grand jury looking into WikiLeaks after the Chelsea Manning leak, the organization has never been accused of a crime in the United States.

If you see a spelling error on our site, select it and press Ctrl+Enter
Tags:USAmeddlingelectionsintelligenceWikiLeaksAssangeRussiaProbe