Moscow would start to work on retaliatory measures "in the same spirit" as any U.S. restrictions, the Foreign Ministry said. 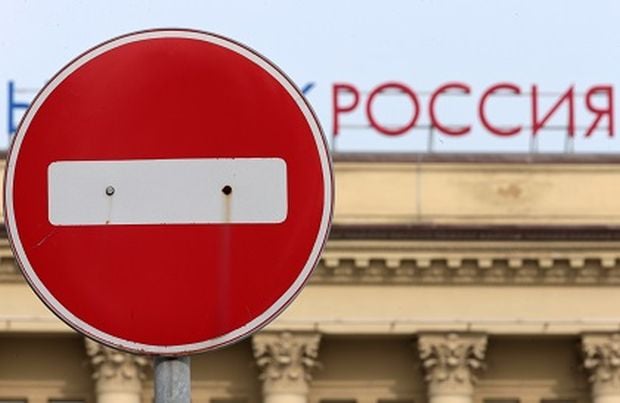 Russia condemned a new round of U.S. sanctions as illegal on Thursday and said it had begun working on retaliatory measures after news of the curbs pushed the rouble to two-year lows over fears Moscow was locked in a spiral of never-ending sanctions.

Moscow has been trying with mixed success to improve battered U.S.-Russia ties since Donald Trump won the White House in 2016, and Russia's political elite was quick to chalk up a summit last month between Trump and Vladimir Putin as a victory, Reuters said.

But initial triumphalism swiftly turned sour as anger over what some U.S. lawmakers saw as an over deferential performance by Trump and his failure to confront Putin over Moscow's alleged meddling in U.S. politics galvanized a new sanctions push.

Having bet heavily on improving ties with Washington via Trump, Moscow now finds that Trump is under mounting pressure from U.S. lawmakers to show he is tough on Russia ahead of mid-term elections.

In the latest broadside, the U.S. State Department said on Wednesday it would impose fresh sanctions by the month's end after determining that Moscow had used a nerve agent against a former Russian double agent, Sergei Skripal, and his daughter, Yulia, in Britain, something Moscow denies.

The Kremlin said the sanctions were illegal and unfriendly and that the U.S. move was at odds with the "constructive atmosphere" of Trump and Putin's encounter in Helsinki.

Moscow would start to work on retaliatory measures "in the same spirit" as any U.S. restrictions, the Foreign Ministry said.

The new sanctions come in two tranches. The first, which targets U.S. exports of sensitive national-security related goods, comes with deep exemptions and many of the items it covers have already been banned by previous restrictions.

The second tranche, which can be selectively activated after 90 days if Moscow fails to provide "reliable assurances" it will no longer use chemical weapons and blocks on-site inspections, is potentially more serious.

According to the law, it could include downgrading diplomatic relations, suspending national flag carrier Aeroflot's ability to fly to the United States and cutting off nearly all exports and imports.

Foreign Ministry spokeswoman Maria Zakharova said Moscow had not yet received any official U.S. request to open up sites once linked to chemical weapons for inspection.