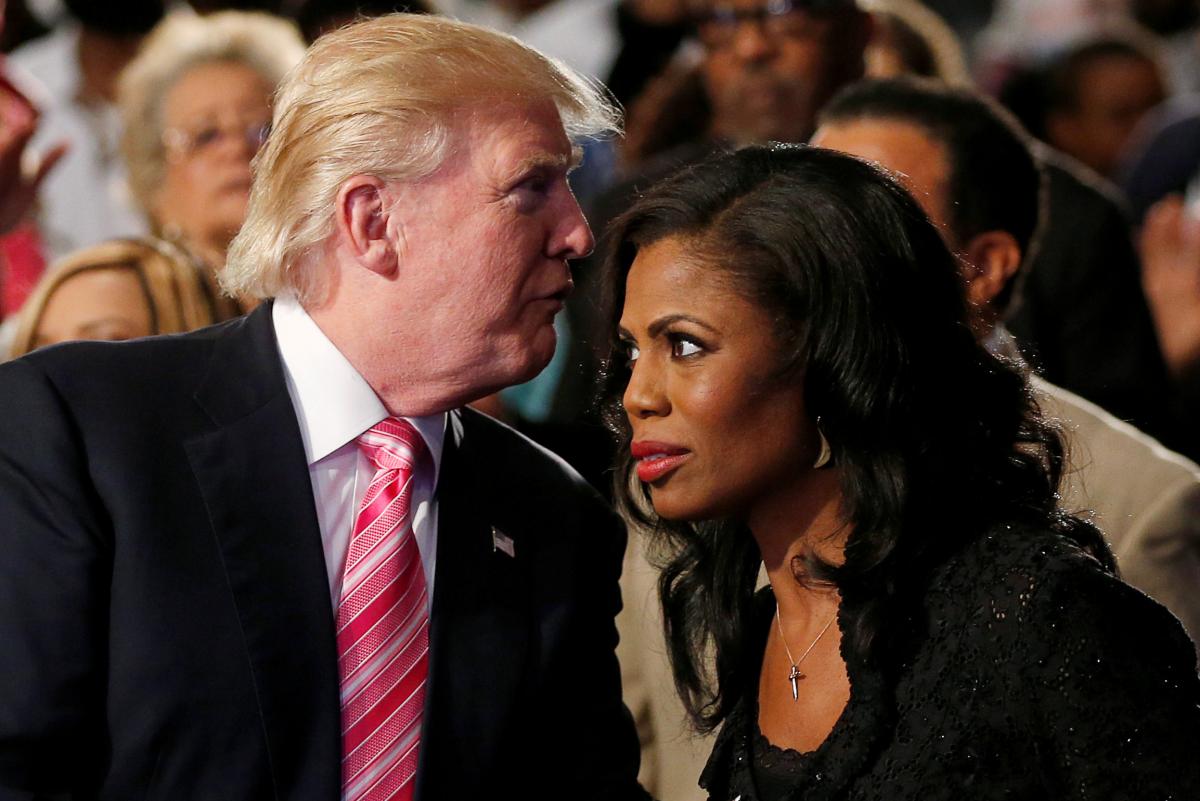 Former White House aide and reality television participant Omarosa Manigault Newman played a recording in a TV interview on Sunday of her dismissal and indicated she had other recordings from her time in the Trump administration.

“I have to protect myself and I have no regret about it,” Omarosa said on NBC’s “Meet the Press,” according to Reuters.

Omarosa, usually referred to by only her first name, left the White House in December, and Sunday’s interview coincided with the release of her book, “Unhinged: An Insider Account of the Trump White House,” detailing her time there.

“The very idea a staff member would sneak a recording device into the White House Situation Room, shows a blatant disregard for our national security – and then to brag about it on national television further proves the lack of character and integrity of this former White House employee,” Sanders said in a statement.

On the recording, White House Chief of Staff John Kelly can be heard talking to Omarosa in the Situation Room.

“We want to talk to you about leaving the White House,” Kelly said, as he cited integrity issues for her leaving. “It’s important to understand that if we make this a friendly departure ... you can go on without any type of difficulty in the future relative to your reputation.”

When asked on “Meet the Press” how often she made recordings during her time working for President Donald Trump, Omarosa said: “This is a White House where everybody lies ... you have to have your own back.”

Trump adviser Kellyanne Conway responded on ABC’s “This Week” that confidentiality agreements in the White House exist for a reason.

“You have a reasonable expectation of confidentiality and privacy in your conversations at your place of work,” Conway said. “Why shouldn’t we in the West Wing? Why shouldn’t the president of the United States in the Oval Office indeed the few times that she was in there with him?”

Omarosa was best known for her appearances on “The Apprentice” and its sister shows starring then-businessman Donald Trump.

If you see a spelling error on our site, select it and press Ctrl+Enter
Tags:USATrumpWhiteHousepolitics