The head of the local ambulance service was quoted by one source as saying there were "dozens of dead". 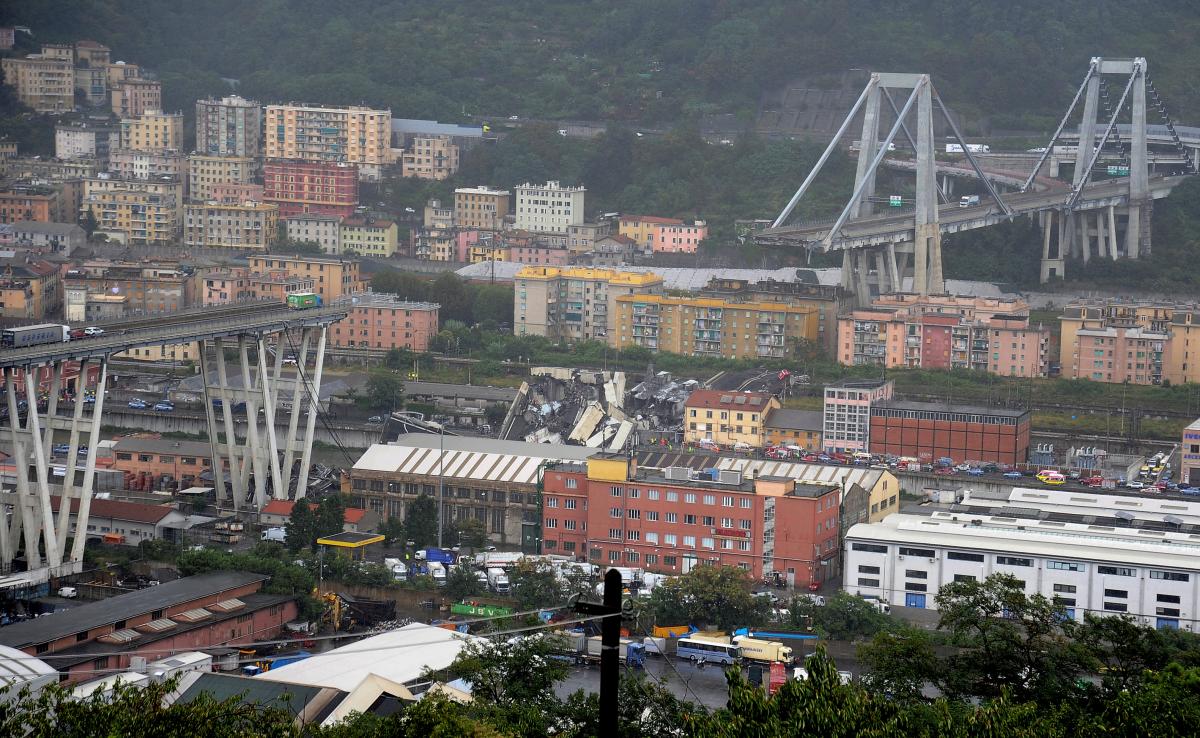 A major motorway bridge has collapsed near the Italian city of Genoa, leading to vehicles falling some 100m (328ft).

Italian Transport Minister Danilo Toninelli said it was likely to be "an immense tragedy", BBC wrote.

Italy's ANSA news agency says at least 35 people were killed in the incident, according to firefighter sources.

The head of the local ambulance service was quoted by one source as saying there were "dozens of dead".

Video footage appears to show one of the towers holding up the suspension bridge collapsing in stormy weather.

The police linked it to what they called a violent cloudburst.

One image posted by the regional emergency services shows a truck perched at the end of the surviving bridge section immediately before the drop, and says rescue workers are operating en masse at the scene.

The bridge, built in the 1960s, is known as the Morandi bridge. The missing section was dozens of metres in length, and ran across the span of the Polcevera stream.

Italian newspaper La Repubblica described that part of the city as "densely inhabited".

The structure collapsed shortly before noon local time (10:00 GMT) during heavy rain. Video shared by the police of the incident suggests a major vertical support, as well as the road itself, was part of the collapse.