Russian crews of Mistrals to leave France before New Year 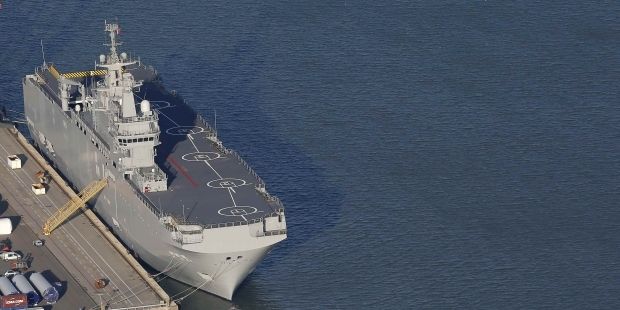 "Four hundred Russian sailors are to leave the French port of Saint-Nazaire on December 25 on board the training ship Smolniy, which took them to France on June 30. They will meet the New Year in Russia," the report says.

"The delivery of the first Mistral-class amphibious assault ship, named the Vladivostok, has been postponed by French President François Hollande. He justified his decision by saying the conditions were not right for [the delivery]."

As reported earlier, the first of the two Mistrals that France was to deliver to Russia in November is now being guarded by a group of Russian marines. It was reported earlier in December that items of equipment had been stolen from the ship.

According to the sources of the Russian online newspaper Gazeta.ru, the Russian marines arrived in France in September, and were waiting for a decision on the delivery of the ships to Russia.

"The marines came to the Mistral to protect the ship from attack during its delivery," former Russian Navy Commander Vladimir Masorin told the publication.