The accident occurred mid-day Friday near the central town of Krusevo. 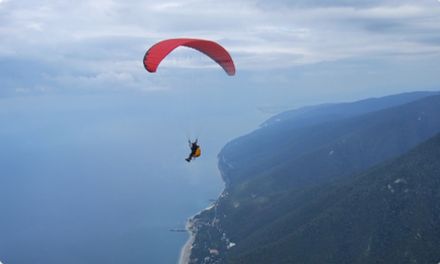 Macedonian authorities say two paragliders have died in central Macedonia when their parachutes collided in the air.

Police said in a statement Saturday that the accident occurred mid-day Friday near the central town of Krusevo, according to The Washington Post.

The prosecutor's office said it has ordered that video and data from the paragliders' tracker systems be downloaded and autopsies performed on the two bodies.

Krusevo is known as a good location for paragliding.

If you see a spelling error on our site, select it and press Ctrl+Enter
Tags:UkraineBritainMacedonia