Survey results indicate a return to a Brezhnev-spirit propaganda and "stereotypes of the Soviet period." 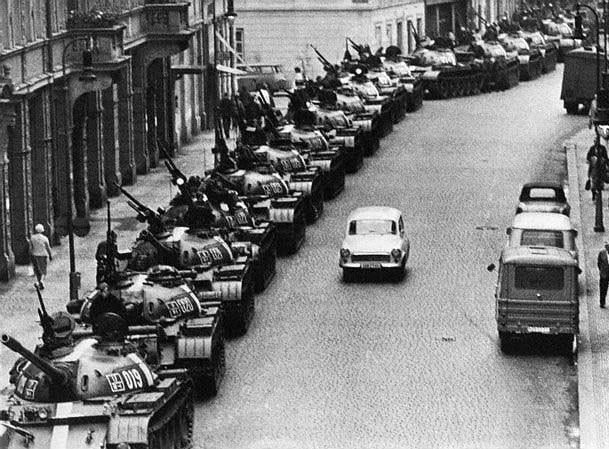 Almost 50% of Russians are unaware of the invasion of Soviet troops in Czechoslovakia, which put an end to Prague Spring reforms, that's according to a research conducted by a non-government Levada Center on the eve of the 50th anniversary of the occupation of Czechoslovakia by the Warsaw Pact forces on August 21, 1968.

Excerpts from the study were published on Sunday, August 19, by the British newspaper The Guardian, dw.com reports.

According to the Center's director, sociologist Lev Gudkov, the outcome of the poll indicate a return to a Brezhnev-spirit propaganda and "stereotypes of the Soviet period."

More than a third of the respondents (36%) opined that the invasion had been justified, and the Soviet Union had definietely or highly probably been right when deploying troops to the former Czechoslovakia.

More than one-fifth of all respondents (21%) blamed the West, in particular, their "subversive actions" aimed at splitting the Socialist bloc.

Another 23% claimed that there had been a "coup d'etat" undertaken by anti-Soviet politicians in the former Czechoslovakia, which eventually led to the introduction of troops.

Another 18% of Russians are sure that there had been an "uprising in Czechoslovakia against the regime established by the Soviet Union." In 2008, 31% of respondents gave a similar response.

According to Gudkov, only 10% of those polled (aged 18 to 35) admitted that they had an idea of the events of the Prague Spring.

"Young people don't know and don't want to know what happened," he said. "I think this is a manifestation of a general immorality of the great power, which became the basis for the Russian imperialist revival under Putin and under conditions of support of the Crimea annexation," the sociologist is convinced.

UNIAN memo. The Prague Spring was a series of popular protests against Soviet influence, a period of political liberalization in the Czechoslovak Socialist Republic, which lasted from January 5 to August 20, 1968 and ended up in the invasion of the country by 200,000 troops and 5,000 tanks of the Warsaw Pact countries (except Romania).

If you see a spelling error on our site, select it and press Ctrl+Enter
Tags:RussiayouthinvasionCzechpollSovietUnionsociology