Washington has imposed economic sanctions against Russia over its alleged meddling in the 2016 U.S. presidential election. 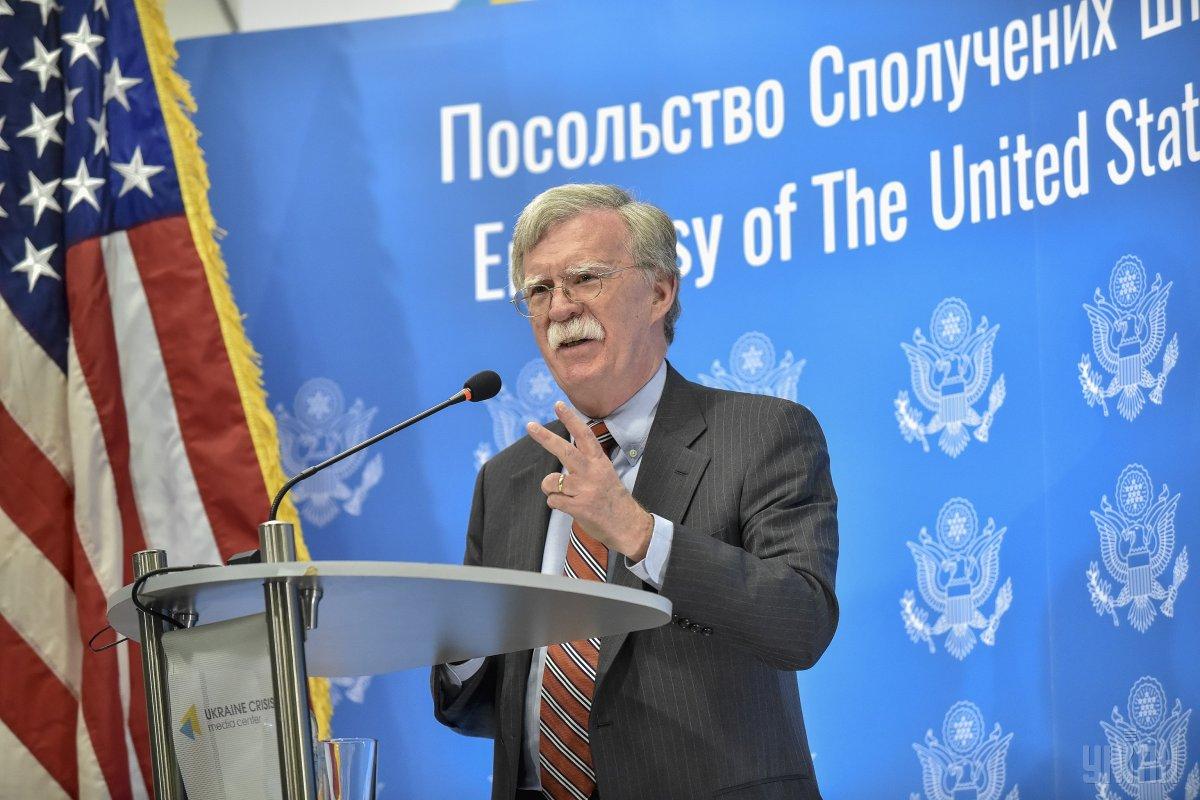 Bolton in Kyiv on Aug 24 / Photo from UNIAN

Speaking at a news conference in Kyiv, Bolton added he had told Ukrainian President Petro Poroshenko that Moscow should not meddle in Ukraine's presidential vote next year, Reuters said.

Washington has imposed economic sanctions against Russia over its alleged meddling in the 2016 U.S. presidential election. Moscow denies the allegations.

As was reported, the U.S. Treasury on August 21 imposed fresh sanctions against Russian actors in connection with the Kremlin's aggressive cyber attacks.

The two newly sanctioned people and firms join three other individuals and five businesses that were accused in June of providing material and technological support to Russia's Federal Security Service (FSB).

If you see a spelling error on our site, select it and press Ctrl+Enter
Tags:USARussiaSanctionsBolton