In 2004, the prominent artist and public figure was diagnosed with cancer. 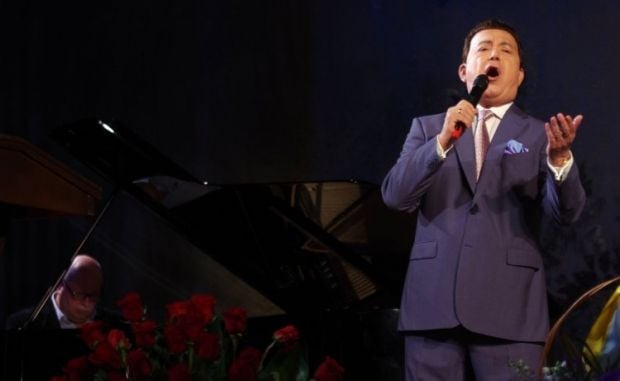 Soviet and Russian pop singer Joseph Kobzon has died, according to Russia' media.

The information was also confirmed by the Komsomolskaya Pravda newspaper.

In 2004, the singer was diagnosed with a cancerous tumor and had received treatment ever since. On July 20 this year, Kobzon was admitted to one of the Moscow clinics, where he was put on life support.

As UNIAN reported earlier, Ukraine deprived People's Artist of Russia Joseph Kobzon of state awards, and blocked his assets, according to Ukrainian Presidential Decree No. 126/2018.

Earlier, MP of the State Duma and Russian singer Kobzon was deprived of the title of honorary citizen of the city of Sloviansk in Donetsk region.

Kobzon repeatedly performed in the cities of Donetsk and Luhansk, controlled by Russian-led militants. He openly supported the illegal armed formations in Donbas.

The militants' leaders granted Kobzon the award "For services to the 'DPP/LPR' (self-proclaimed Donetsk and Luhansk People's Republics)."

The Ministry of Culture of Ukraine put the singer on the no-entry list, among public figures threatening the national security.

Kobzon was also banned from entering the EU and the United States.

If you see a spelling error on our site, select it and press Ctrl+Enter
Tags:Russiadeathsingerentryban