That is the first Slam quarterfinal in her career. 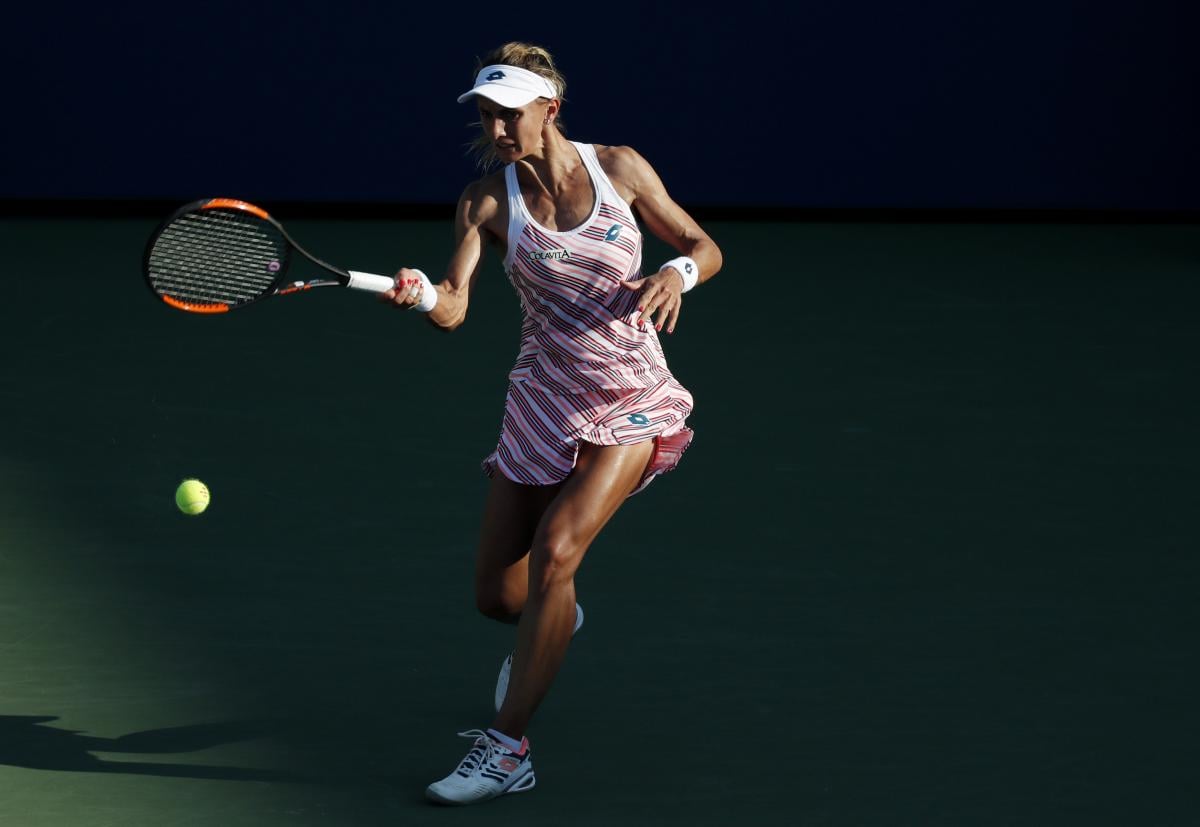 The oldest player remaining in the fourth quarter of the women's draw, 29-year-old Lesia Tsurenko, is having one of the best seasons of her career in 2018 – and it's continued in Flushing Meadows.

The Ukrainian No. 2 is into a Slam quarterfinal for the first time - on better than her round of 16 finish in Flushing Meadows in 2016 - after beating Czech teenager Marketa Vondrousova on Monday, the tournament's official website reports.

Tsurenko has won a WTA title in each of the past four years. The Ukrainian owns four career WTA singles titles, having won one in each season since 2015.

She won her maiden title in Istanbul, Turkey in 2015, and followed that up with wins in Guangzhou, China in 2016 and in Acapulco, Mexico in each of the last two years.

She's had success on American hard courts in previous seasons. Though she came into the U.S. Open unseeded, with a world ranking of No. 36, Tsurenko has built herself a reputation of winning in the United States.

She reached the quarterfinals of the Western & Southern Open in Cincinnati in the leadup to this year's event, upsetting defending champion Garbine Muguruza along the way, but that was not her first taste of winning on U.S. soil.

The Ukrainian announced herself on tour in Indian Wells in 2015, where she came through the qualifying draw and upset two Top 10 players en route to the quarterfinals.

In addition, she reached the semifinals at the Connecitcut Open in New Haven during the U.S. Open Series that season, and she also reached the quarterfinals on her debut at the Series event in Stanford last year.

She scored her first win over a player ranked in the Top 5 at this tournament. Though she owned six career wins over Top 10 players prior to this event, Tsurenko had been winless in nine previous matches against players ranked No. 5 or higher.

That changed on Thursday night against Wozniacki, where she lost just six games en route to defeating this year's Australian Open champion.

If you see a spelling error on our site, select it and press Ctrl+Enter
Tags:tennissports