So far, there have been no additional reports on Dodon's condition. 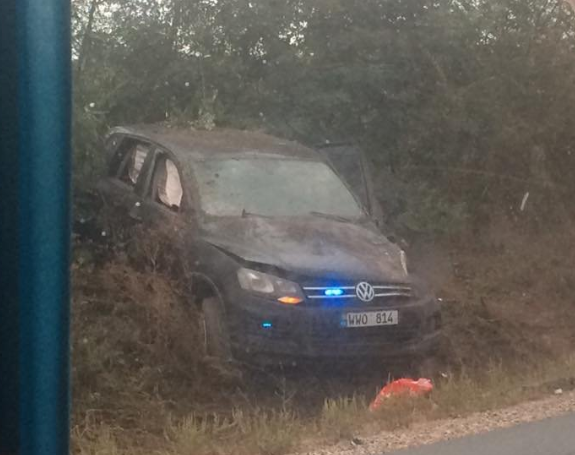 Moldovan President and Putin's friend Igor Dodon was reportedly rushed to a hospital after several cars from a presidential motorcade got into a traffic accident on the Chisinau-Ungeni highway, not far from Straseni.

A few photos posted on social networks show the limousine which usually carries the president capsized in a ditch, AVA.md reports.

One of the escort vehicles is also seen in the ditch.

According to eyewitnesses, several people sustained injuries in the incident and were evacuated.

Among the injured was President Dodon, the report claims.

At the moment, there have been no additional reports on Dodon's condition.

As UNIAN reported earlier, the so-called prime minister of the unrecognized Abkhazia, Gennady Gagulia died in a car crash on September 8.

If you see a spelling error on our site, select it and press Ctrl+Enter
Tags:accidentMoldovapresidentDodoncarcrash