'When the humidity rises, your skin burns': Gas leak causes evacuations in Crimea as Russia and Ukraine trade blame – media

It's still unclear how exactly the gas was released, but Russian authorities suspected that a heat wave evaporated the water reservoir where the plant's waste is dumped, resulting in the toxic remnants being released into the atmosphere. 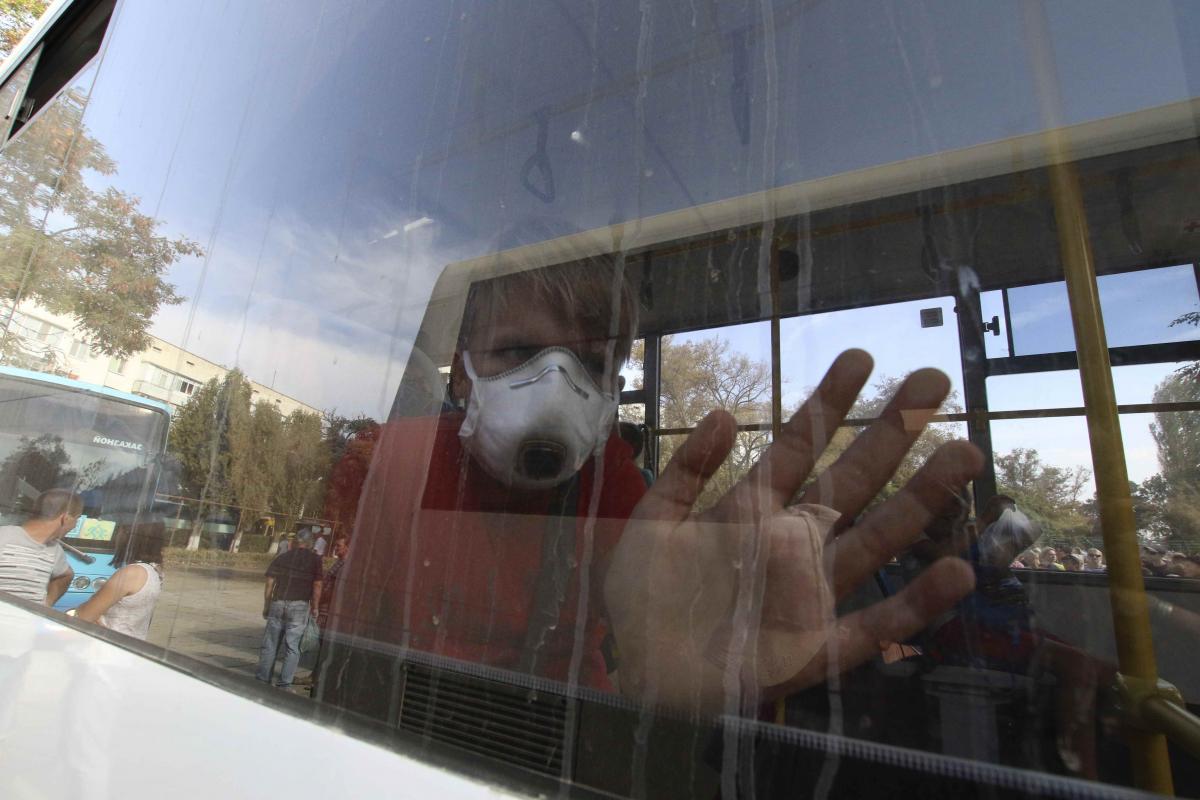 When a radioactive cloud mysteriously drifted across Europe last fall, it took weeks for scientists figured out the likely origin: the Mayak nuclear reprocessing plant in the south of Russia.

Even though researchers found the cloud to pose no risk to humans, critics soon accused Moscow of a coverup reminiscent of the catastrophic Chernobyl nuclear accident in 1986 that was denied by Soviet officials for days, according to The Washington Post.

Similar comparisons were drawn this week after Russia bused more than 4,000 children from a city in Crimea, the Ukrainian peninsula annexed by Russia in 2014. According to Russian media reports, a three decades-old titanium plant may have exposed more than 20,000 people in Armyansk to sulfur dioxide gas starting in mid-August — long before officials took the "preventive measure" of evacuating some of the town's most vulnerable residents and the factory owner acknowledged the leak. The plant was shut down only this week.

While sulfur dioxide gas is colorless, signs of the likely environmental disaster were likely hard to miss, as residents reported an oily substance covering metallic objects in their city and unusual air pollution early on. Trees lost their leaves, according to German public broadcaster DW.

The BBC cited reports of nearby hospitals coping with an increased number of patients experiencing breathing problems and chemical burns, even as officials insisted that the exposure posed no health threat. Similar symptoms were reported from the Ukrainian side of the nearby disputed border.

"At night, when the humidity rises, your skin burns," a resident told DW.

It's still unclear how exactly the gas was released, but Russian authorities suspected that a heat wave evaporated the water reservoir where the plant's waste is dumped, resulting in the toxic remnants being released into the atmosphere. They blame Ukraine for the water shortage after it stopped its water supplies to Crimea following the 2014 annexation by Russia.

Kyiv, meanwhile, claims that the factory may have been accidentally damaged during Russian military exercises.

The spat with Russia comes as fighting between Ukrainian government forces and Kremlin-backed separatists in eastern Ukraine has entered its fifth year. The conflict has so far killed more than 10,000 people and displaced 2 million former residents. Peace negotiations involving the United States, the European Union and the Ukrainian government have so far resulted in no breakthrough.

Tensions between Ukraine and Russia can also still be felt along Crimea's sea and land borders, where Ukraine's navy worried about an increased Russian military presence earlier this year. Ukrainian forces had previously detained 10 Russian crew members of a fishing vessel, drawing angry condemnations from Moscow that compared Kyiv's behavior to "Somali pirates."

Russia and Ukraine have also clashed along the disputed land border, where tens of thousands may have been exposed to toxic chemicals in recent weeks. Two years ago, Russia accused Ukraine of being behind a number of attacks in the border region after two Russian soldiers were killed.

"This is a very dangerous game," Russian President Vladimir Putin said at the time.

Two years on, the lingering Ukraine-Russia dispute may have resulted in yet another risk — this time posed by an invisible gas cloud hovering across the region.

If you see a spelling error on our site, select it and press Ctrl+Enter
Tags:RussiaCrimeaUkrainegasleakevacuation