Pope appeals to the faithful to display tenderness and mercy 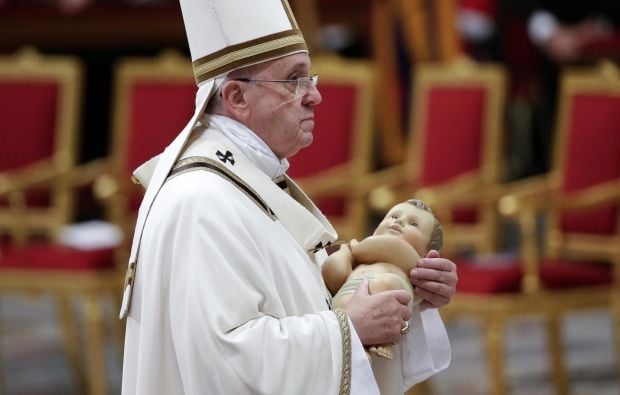 "Do we have the courage to welcome with tenderness the difficulties and problems of those who are near to us, or do we prefer impersonal solutions, perhaps effective but devoid of the warmth of the Gospel?” Pope Francis said, German broadcaster Deutsche Welle reported.

“How much the world needs tenderness today," Pope Francis went on.

On Christmas Eve, December 24, the pontiff spoke by phone with refugees living near the Iraqi city of Arbil, in a Kurdish-controlled area. According to him, in recent days he has been thinking a lot, especially about the elderly and children.

"I am with you with all my heart," Pope Francis said.

In Bethlehem, the need to live in peace was the theme of a sermon by Latin Patriarch of Jerusalem Fouad Twal. During the Midnight Mass in Bethlehem, he said that all believers "Jews, Muslims, Christians and their friends should live together in equality and mutual respect."

The patriarch led the traditional procession from the Jaffa Gate in Jerusalem to the Basilica of the Nativity in Bethlehem. According to the Israel Ministry of Tourism, referred to by German news agency DPA, about 70,000 foreign tourists are expected to visit the Holy Land during the Christmas holidays.