Latvian foreign minister: Russia a threat to us since 2008 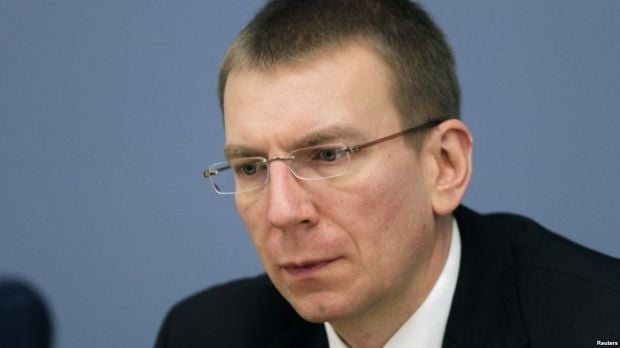 "Now we are seeing a serious deterioration of the situation at home, in the Baltic region,” Rinkevics said.

“But it has been there for a few years - Russia has been increasing its military aircraft activity since 2008. This is not a phenomenon of the year. We see the work on the modernization of the Russian [armed forces] on our borders and in Kaliningrad region."

According to Rinkevics, Russia is attempting to demonstrate its political and military might.

"We take this very seriously, but are not panicking. There is no need for that. If necessary, our Defense Ministry will appeal to NATO for additional security measures.

"The annexation of Crimea, the events in eastern Ukraine were an attempt to destroy the international system.”

According to the minister, the Ukrainian crisis has triggered a significant transformation with regard to the decision-making process in Europe. He described the outgoing year as a "horrible year" due to the conflict in Ukraine.