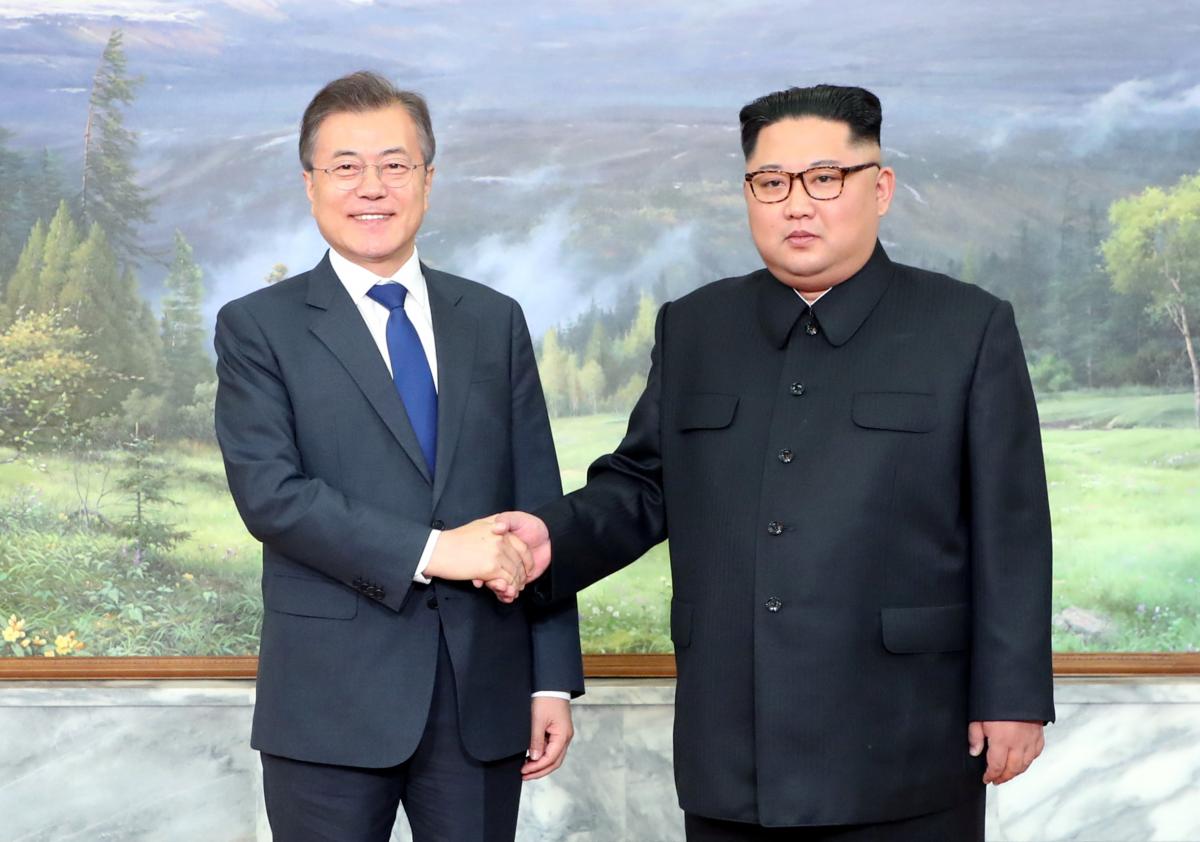 North Korea said it would permanently abolish its key missile facilities in the presence of foreign experts, the latest gesture by leader Kim Jong Un to revive faltering talks with Washington over his country's nuclear program.

Speaking at a joint news conference in Pyongyang on Wednesday, Kim and South Korean President Moon Jae-in said they agreed to turn the Korean peninsula into a "land of peace without nuclear weapons and nuclear threats," Reuters reported.

The pledges Kim and Moon made at their third summit this year could inject fresh momentum into the stalled nuclear negotiations between Washington and Pyongyang and lay the groundwork for another meeting Kim recently proposed to U.S. President Donald Trump.

Kim pledged to work toward the "complete denuclearization of the Korean peninsula" during his two meetings with Moon earlier this year and at his historic June summit with Trump in Singapore.

But discussions over how to implement the vague commitments have since faltered. Washington is demanding concrete action towards denuclearization before agreeing to key goals of Pyongyang - declaring an official end to the 1950-53 Korean War and easing tough international sanctions.

"Kim Jong Un has agreed to allow Nuclear inspections, subject to final negotiations, and to permanently dismantle a test site and launch pad in the presence of international experts. In the meantime there will be no Rocket or Nuclear testing," Trump wrote on Twitter.

Kim said he will visit Seoul in the near future, in what would be the first-ever visit to the South's capital by a North Korean leader. Moon said the visit was expected to take place by the end of the year.