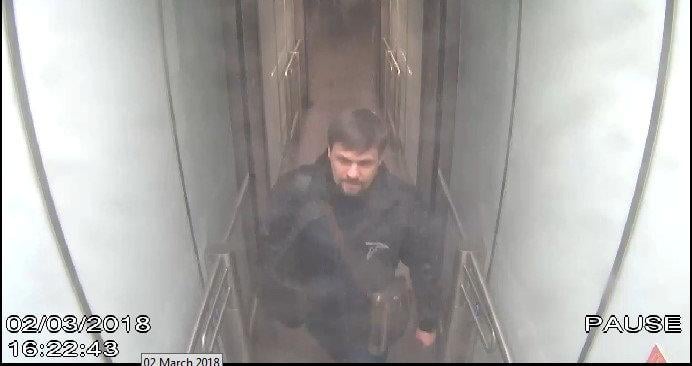 Bellingcat and its investigative partner The Insider – Russia have established conclusively the identity of one of the suspects in the poisoning of Sergey and Yulia Skripal, and in the homicide of British citizen Dawn Sturgess.

Bellingcat has been able to confirm the actual identity of one of the two officers. The suspect using the cover identity of "Ruslan Boshirov" is in fact Colonel Anatoliy Chepiga, a highly decorated GRU officer bestowed with Russia's highest state award, Hero of the Russian Federation. Following Bellingcat's own identification, multiple sources familiar with the person and/or the investigation have confirmed the suspect's identity.

This finding eliminates any remaining doubt that the two suspects in the Novichok poisonings were in fact Russian officers operating on a clandestine government mission.

It is reported Anatoliy Vladimirovich Chepiga was born on April 5, 1979, in the far-eastern village of Nikolaevka in the Amur oblast, population 300, near the Russia-China border. At age 18, he enrolled at a military school just 40 kilometers from his home, the Far-Eastern Military Command Academy in Blagoveschensk, one of Russia's elite training grounds for marine commandos and Spetsnaz officers.

Anatoliy Chepiga graduated the academy with honors in 2001. He was then assigned to serve in the 14th Spetsnaz Brigade in Russia's farthest-eastern city of Khabarovsk, one of the elite Spetsnaz units under GRU command. Chepiga's unit (74854, formerly 20662) played a key role in the second Chechen War, and was also observed near the Ukrainian border in late 2014.

In December 2014, Colonel Chepiga was awarded Russia's highest state award, Hero of the Russian Federation. This award is bestowed personally by the President of Russia "as recognition of services to the state and the people of Russia involving a heroic deed."

Most of the awards are handed out in public ceremonies – and accompanied by a presidential decree, such as the award in 2016 to Russian officers fighting in Syria. Other presidential decrees – when the underlying act of heroism is subject to state secrecy – are kept secret. This is the case with the award to Colonel Chepiga. While there is no publicly issued decree – or reference to him on the Kremlin website – the state-run volunteer website specifies that he received the award "in December 2014…for conducting a peace-keeping mission."

Indeed, the fact that Colonel Chepiga was bestowed the Hero of Russia award is announced on the website of his military school. While most other recipients of the award have a detailed description of the acts that resulted in the recognition, the last two recipients – Anatoliy Chepiga and Alexander Popov – received only a terse statement: "by decree from the Russian president." This further implies that the mission he – or they – were awarded for was secret.

The phrasing and timing of the award provides significant clues as to where Colonel Chepiga's mission was. In 2014, there were no military activities in Chechnya. Russia had not engaged militarily in Syria yet. The only region in which Russia was conducting active military operations in secrecy at the time was in Eastern Ukraine, which is the most likely theatre of his mission, as suggested by the secrecy of his award.

To validate the hypothesis that Chepiga is Skripal poisoning suspect "Boshirov," Bellingcat and The Insider obtained extracts from the passport file of Anatoliy Vladimirovich Chepiga – the man born on 5th April 1979 – from two separate sources with access to databases dated prior to 2014.

The passport file contained a photograph – dated approximately in 2003, when this passport was obtained – that strongly resembled a younger "Boshirov" as seen in passport photos released by the UK police. 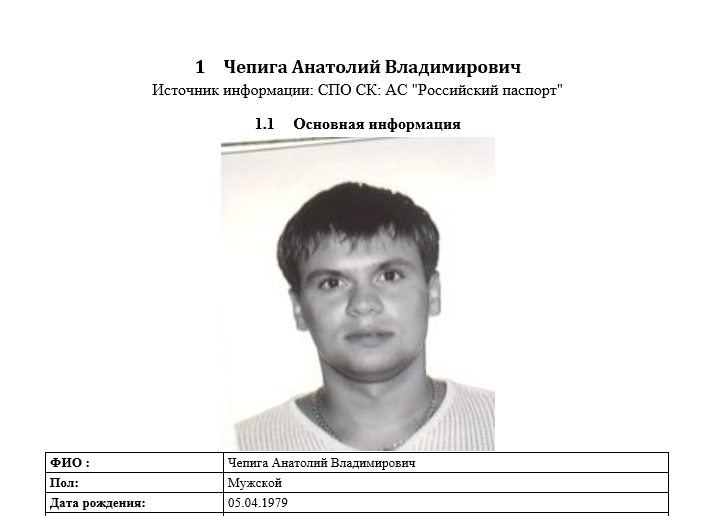