Elsewhere in the region, hundreds of protesters attempted during the morning to block train tracks and roads, with some laying tires across a motorway, but they were quickly dispersed. 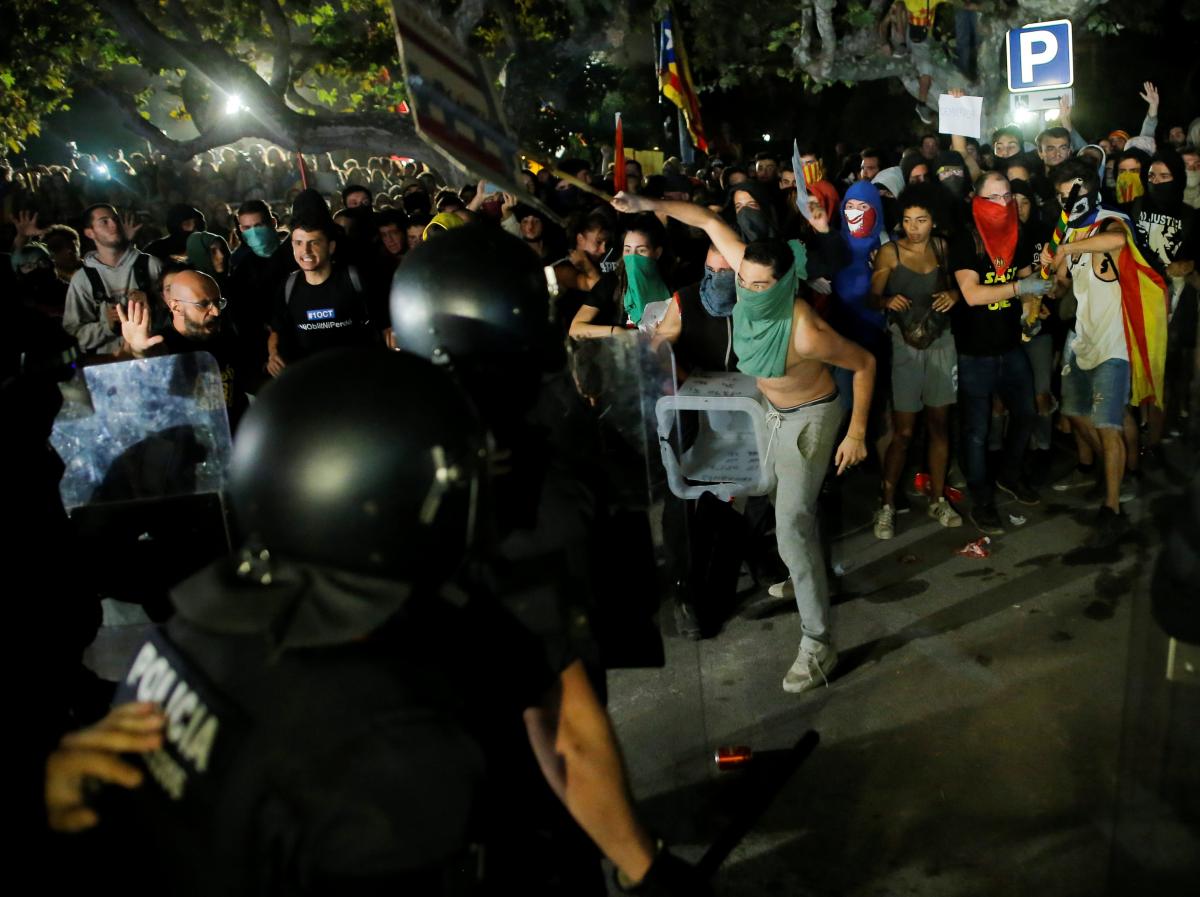 Riot police charged in to break up a demonstration in front of Catalonia’s regional parliament on Monday, after thousands marched in Barcelona to mark the first anniversary of an ill-fated independence referendum to split from Spain.

During the day there were short-lived attempts to block roads and train tracks in the Spanish northeastern region, and around 180,000 people marched in Barcelona, hanging ballot boxes and chanting the regional anthem.

Madrid imposed direct rule on Catalonia after it declared independence following the referendum. Elections later returned a regional government favoring a split with Spain through a party supporting union won most votes.

Polls in Catalonia show a relatively even split between those who favor remaining in Spain and those wanting to secede. Prime Minister Pedro Sanchez has said he favors dialogue on the region’s future but has ruled out any moves toward independence.

Elsewhere in the region, hundreds of protesters attempted during the morning to block train tracks and roads, with some laying tires across a motorway, but they were quickly dispersed.

Events passed off with little drama in Sant Julia de Ramis, a village where violent clashes broke out a year ago between riot police and those attempting to vote.

People queued there on Monday to re-enact the ballot, which Madrid banned as anti-constitutional, while regional leaders gave speeches. “The first of October will be the seed of the republic,” said regional parliament speaker Roger Torrent.

On Saturday, six people were arrested in Barcelona after pro-independence protesters clashed with police, as thousands joined rival demonstrations to mark the anniversary of the polarizing vote. 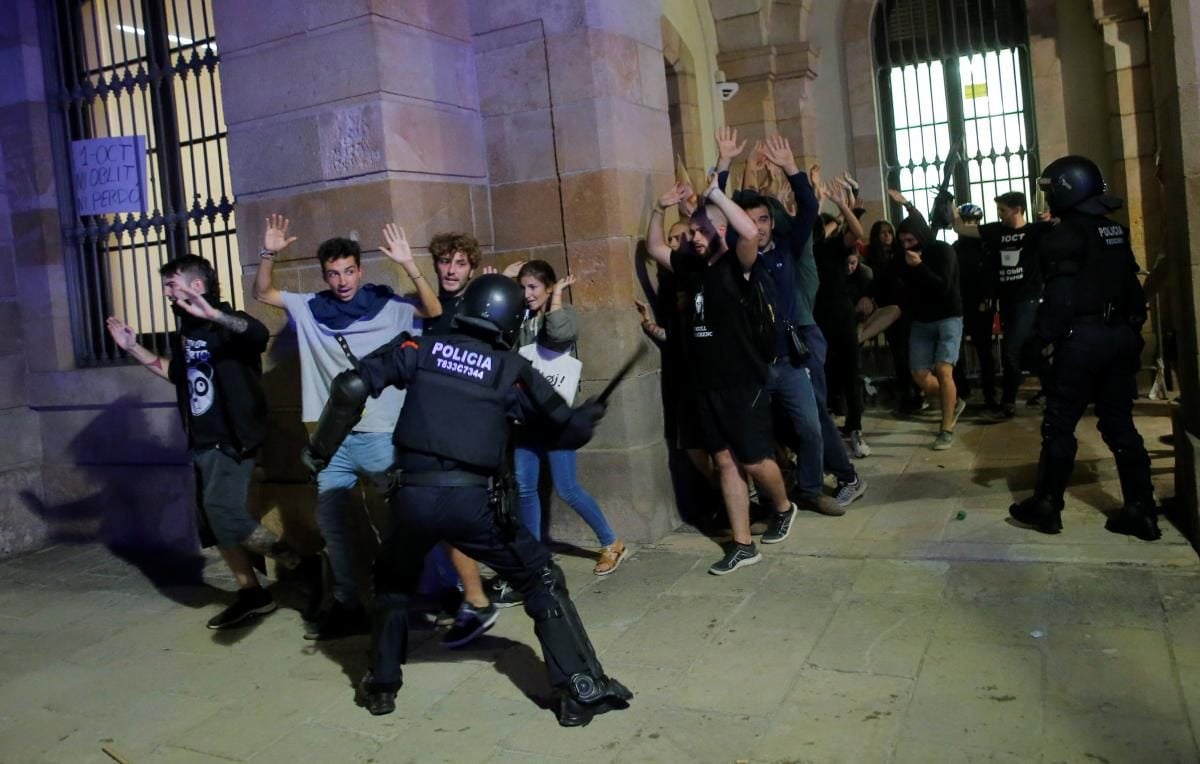 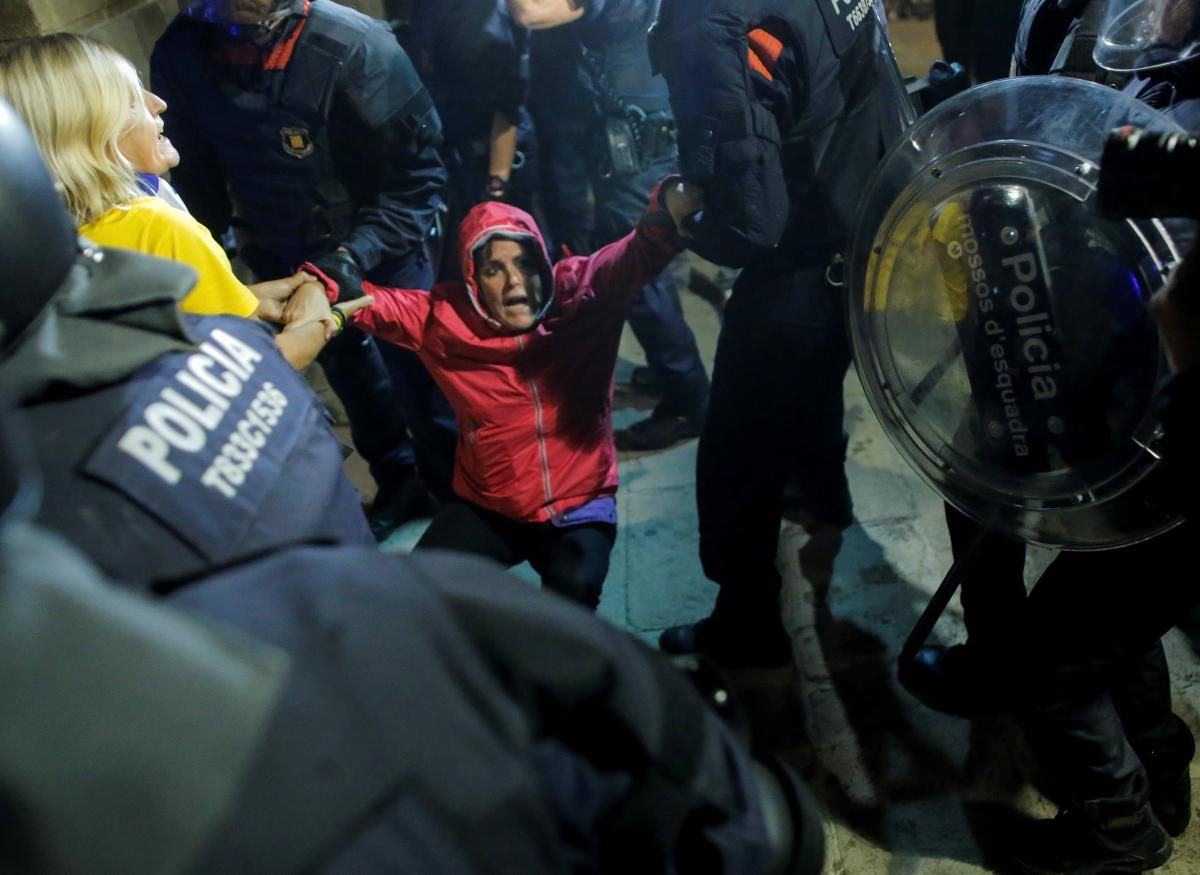 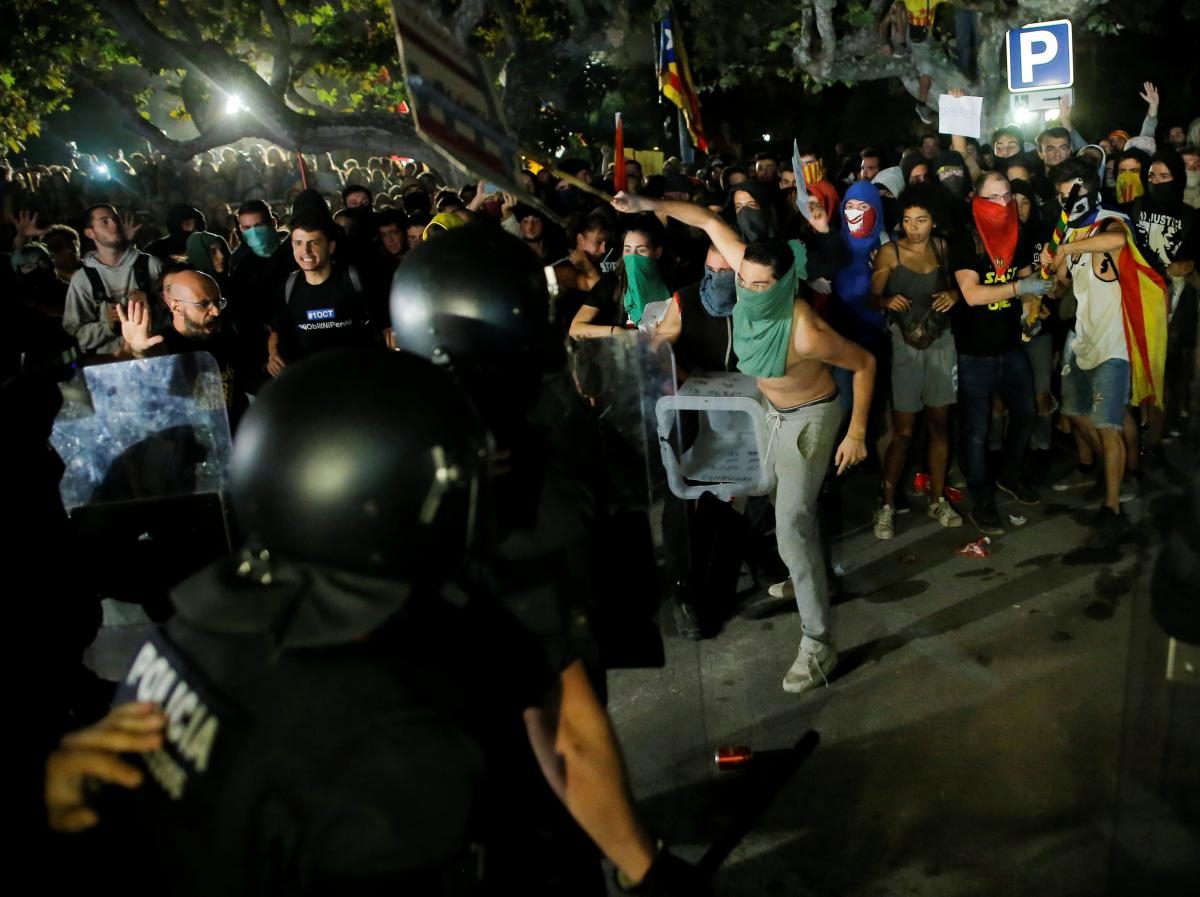 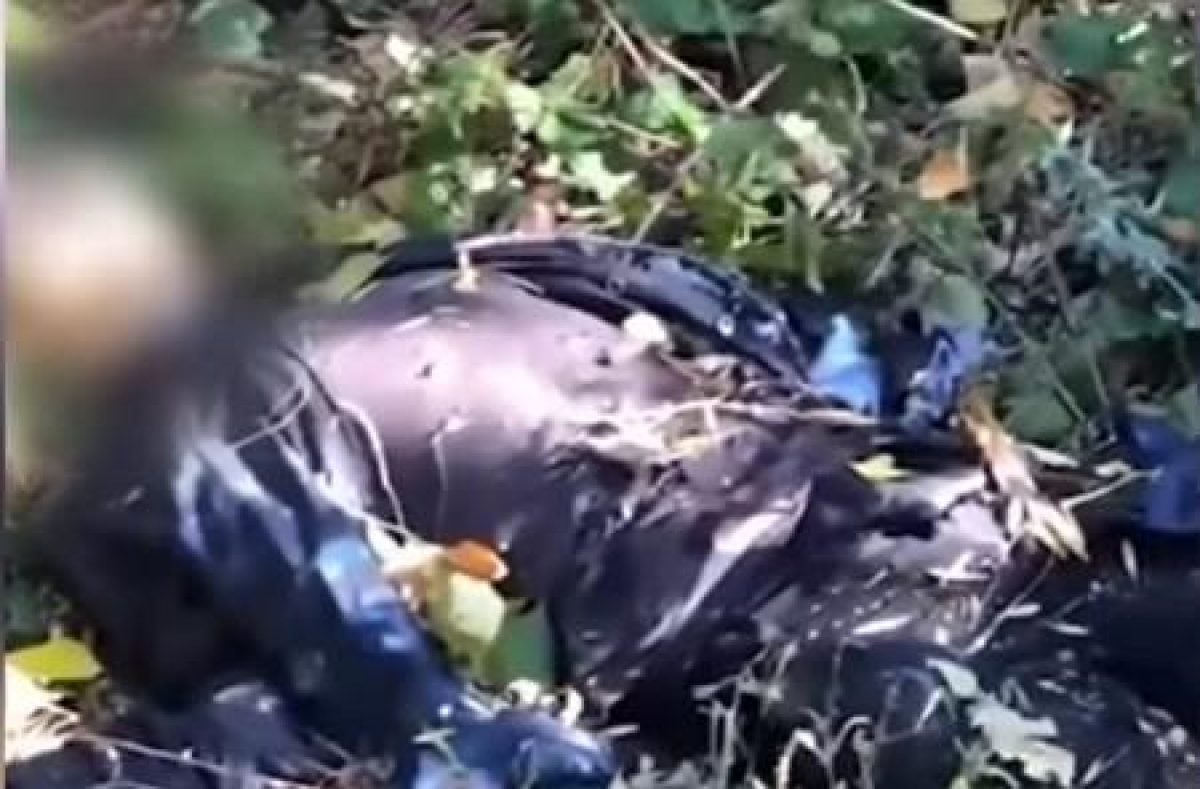 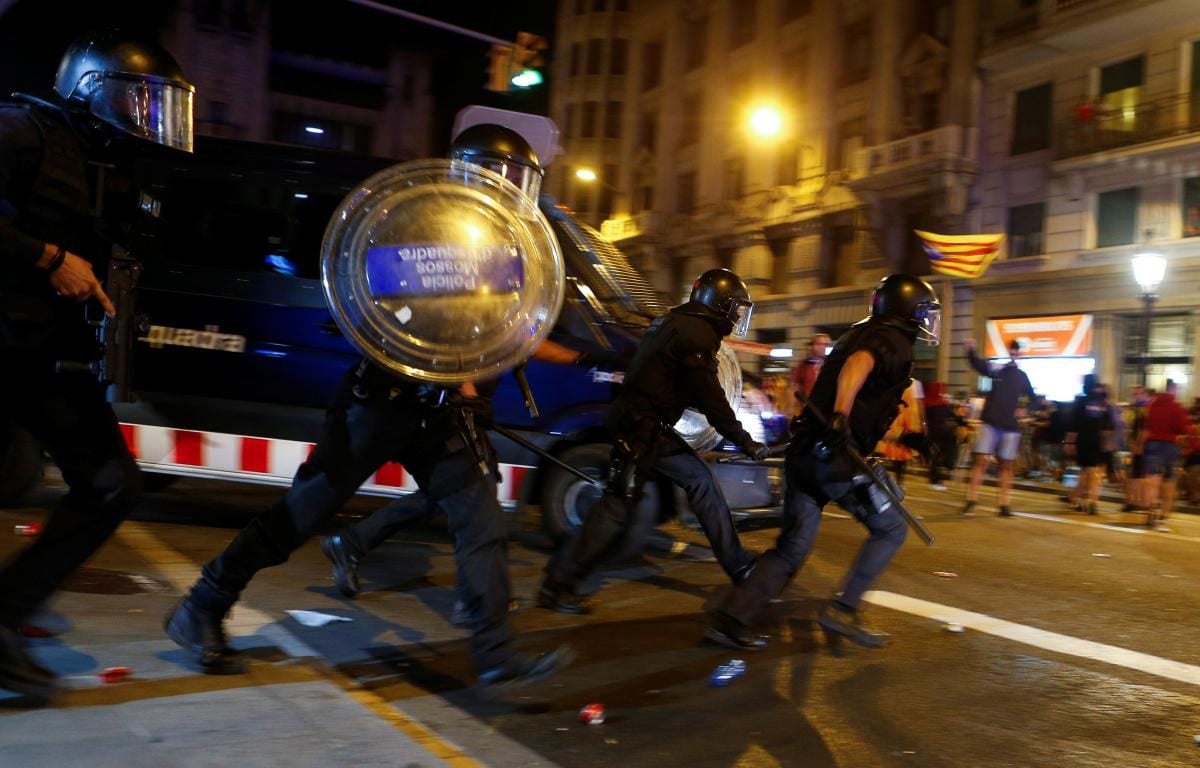 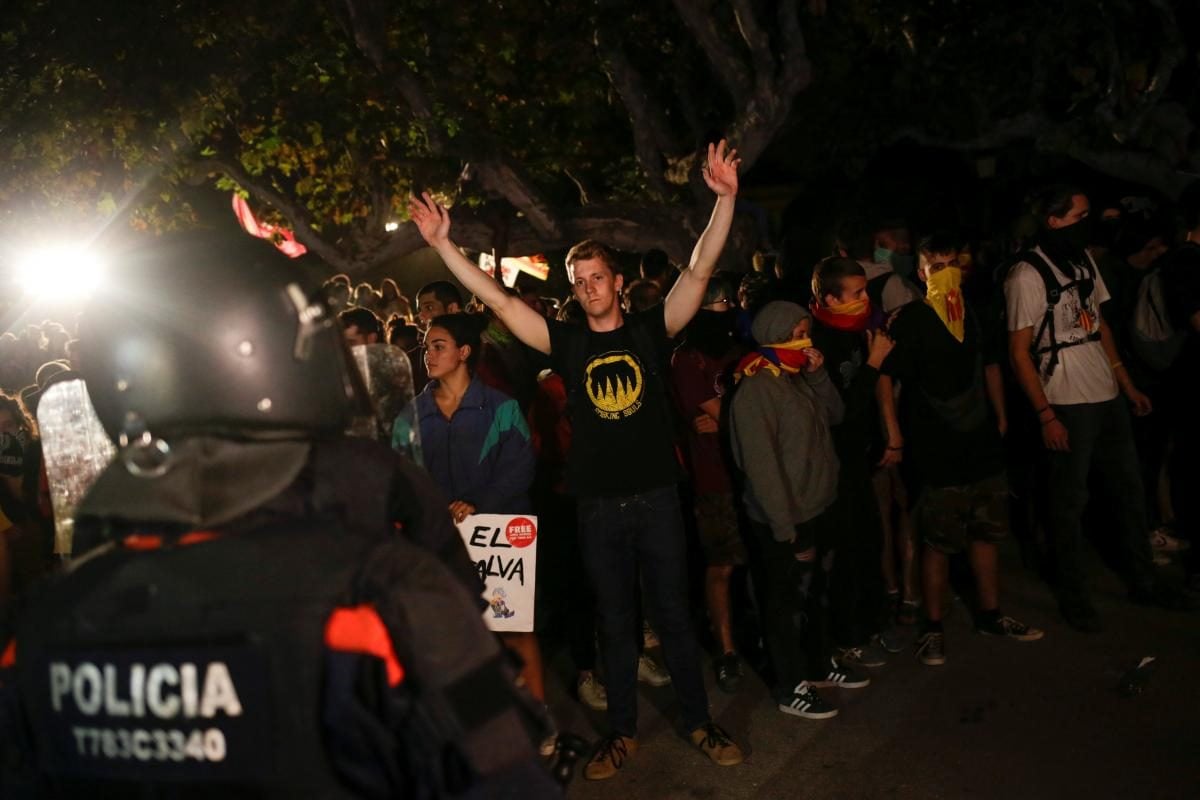 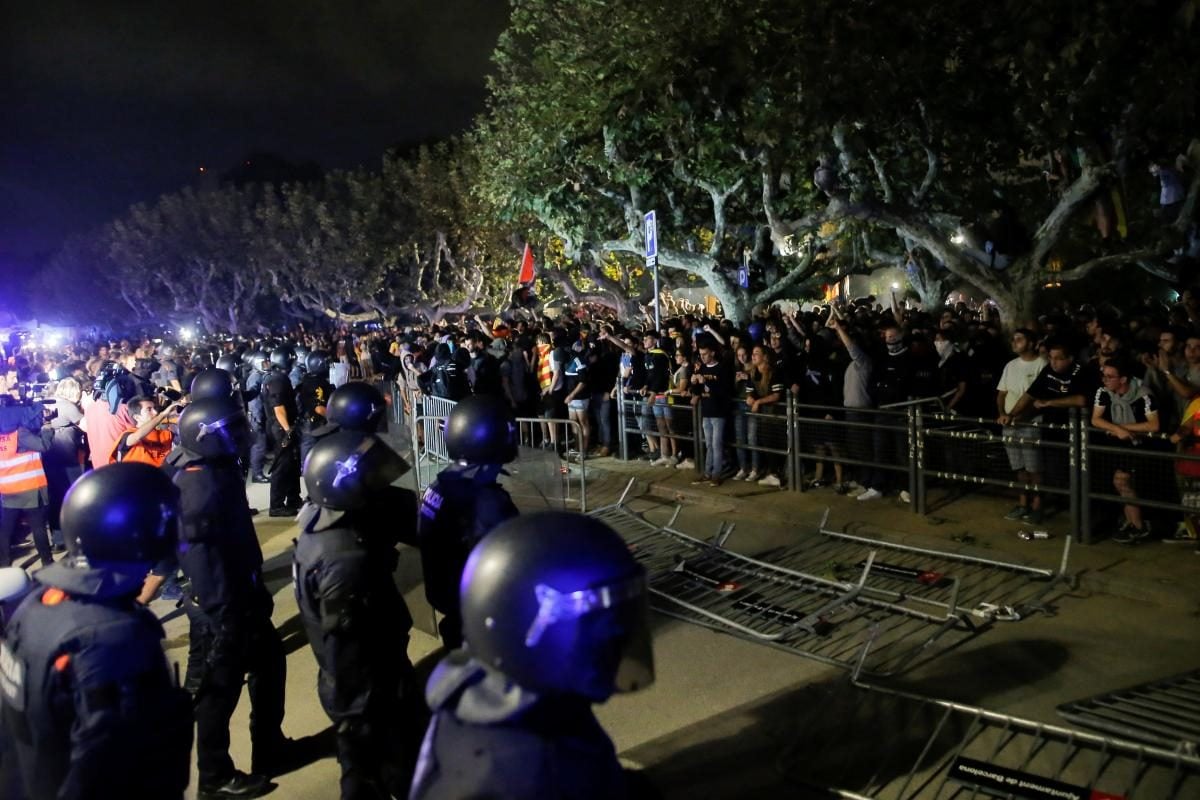 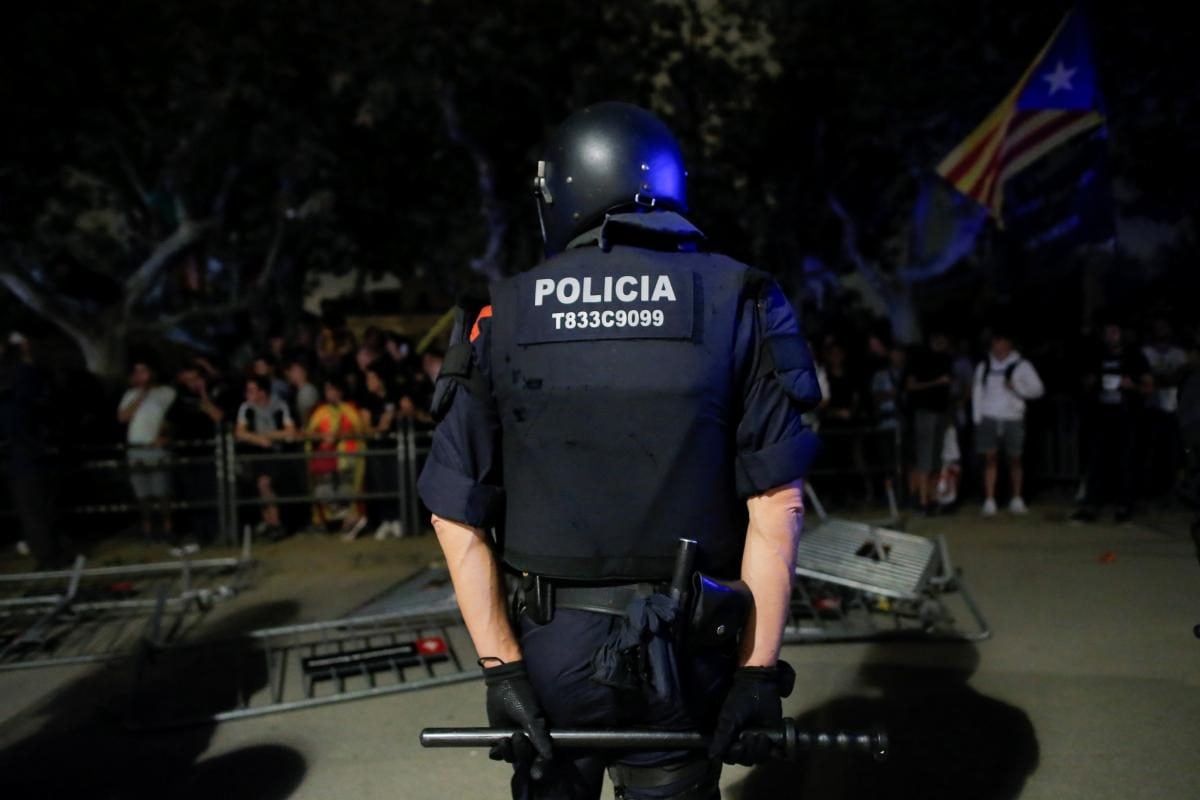 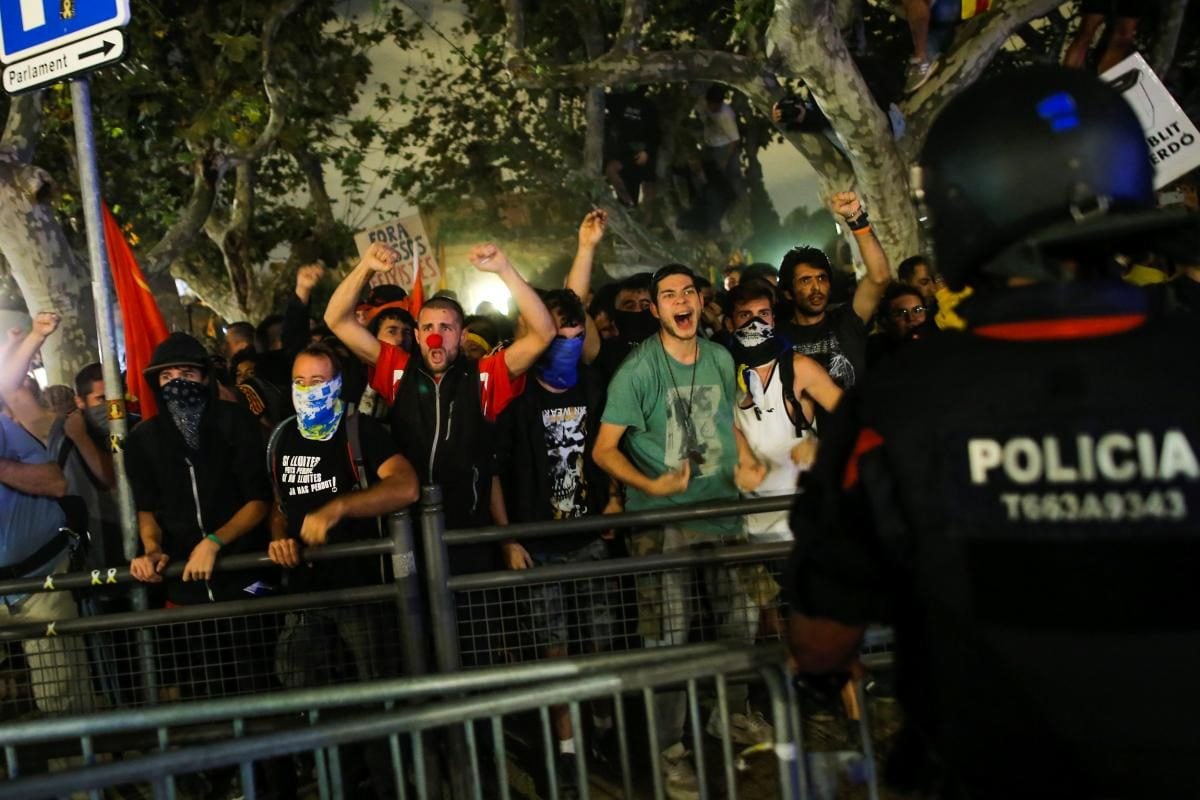 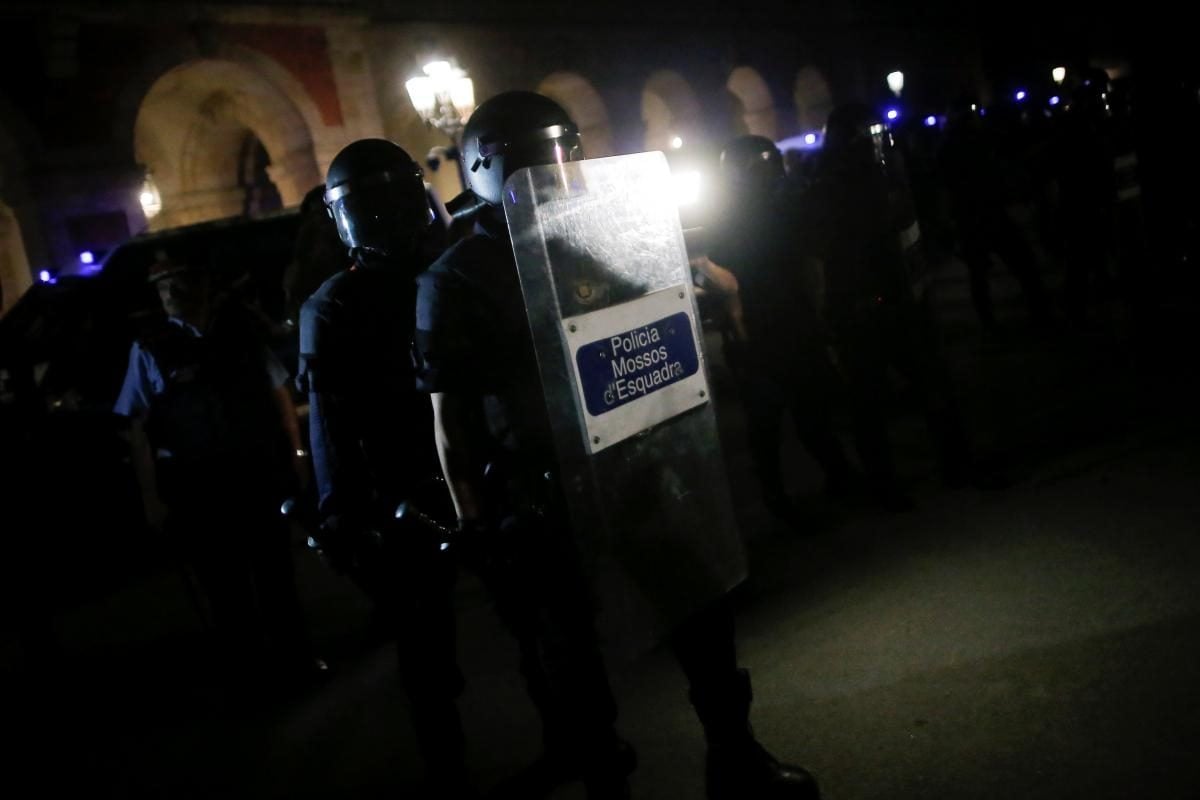 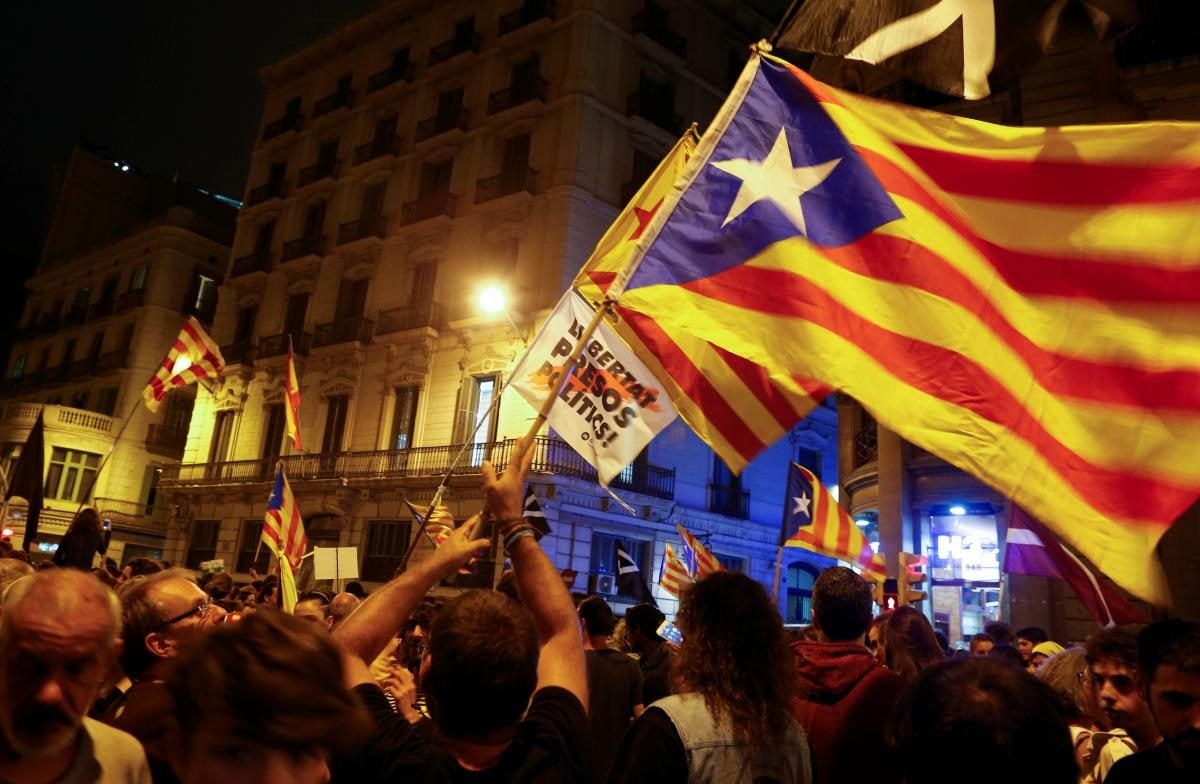 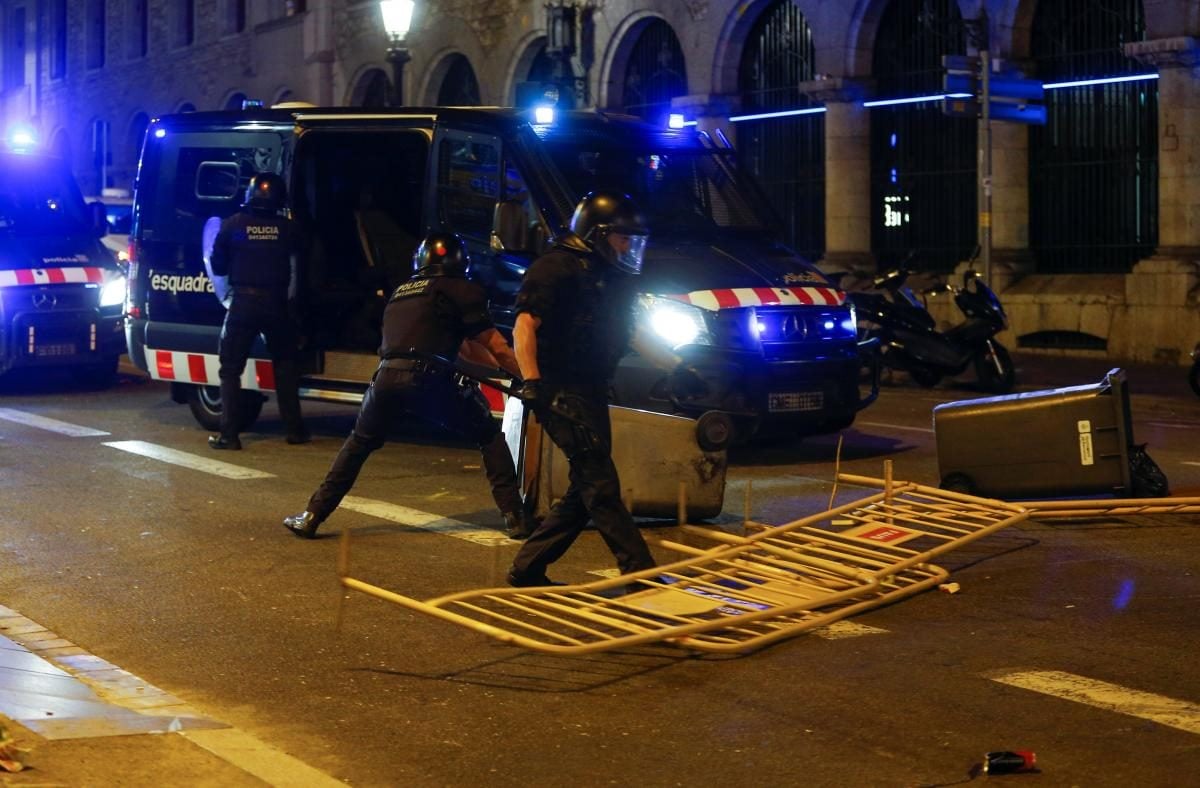 © REUTERS
If you see a spelling error on our site, select it and press Ctrl+Enter
Tags:protestsreferendumseparatismSpainBarcelonaCataloniaclashes