Passport information and other data compiled by Bellingcat, however, revealed that the two suspects had links to Russian military intelligence, known as the GRU. 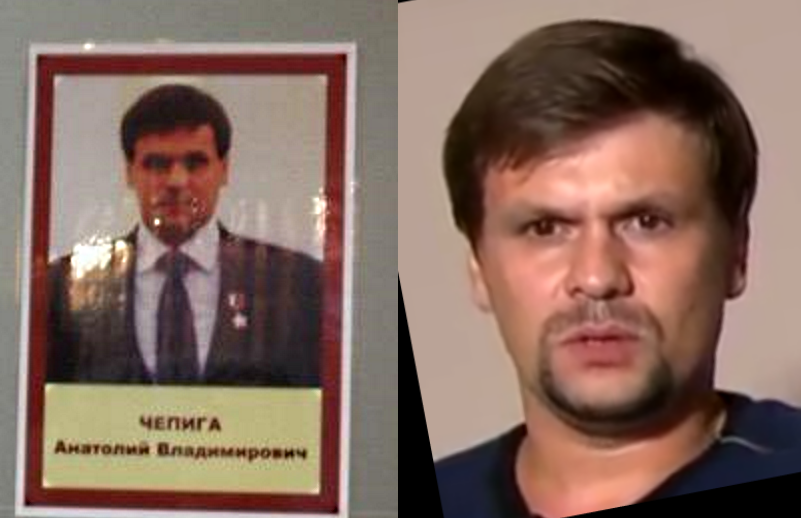 Boshirov and Chepiga are very similar in appearance / Photo from theins.ru

The photo, highlighted in an October 2 report published jointly by RFE/RL's Russian Service and the open-source investigative website Bellingcat, builds on other recent reports that have used data from passport registries, online photographs, and military records to focus on a Russian man identified by British authorities as Ruslan Boshirov.

British authorities say that Boshirov and another man identified as Aleksandr Petrov were behind the March poisoning of Russian double agent Sergei Skripal and his daughter, Yulia, in the English town of Salisbury in March.

The photo was taken by a visitor to the Far Eastern Higher Combined Arms Command School last June, when Chepiga ("Boshirov") was not yet so "famous," Russia's The Insider wrote.

RFE/RL adds that back in 2011 and in July 2014, there was no photo of Chepiga on the command school's Heroes of Russia board but it is seen in the pictures taken in 2016. 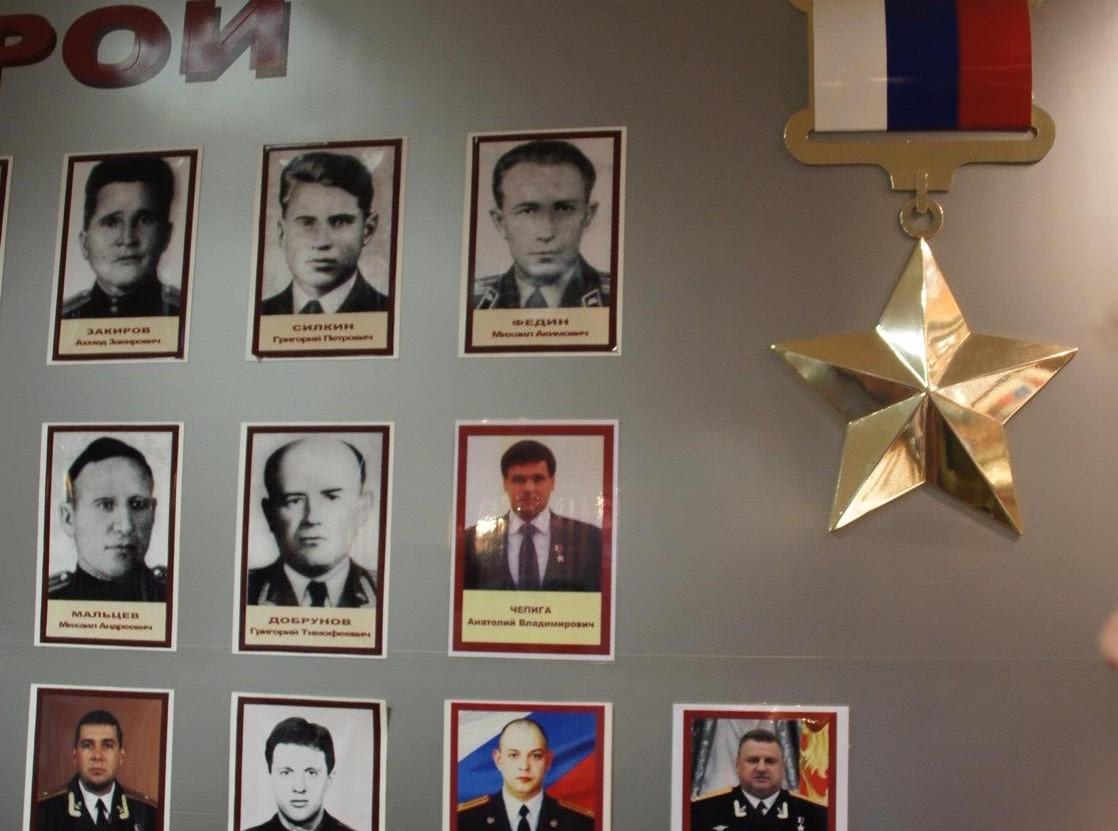 A board with Chepiga's photo at the military academy / Photo from theins.ru

The Skripals survived the poisoning, which used a Soviet-made military nerve agent known as Novichok.

Days after being publicly identified, the two Russians went on state-controlled TV channel RT and claimed they were merely tourists.

The Kremlin has strenuously denied any involvement in the poisoning, which prompted London, Washington, and other Western allies to expel dozens of Russian diplomats.

Passport information and other data compiled by Bellingcat, however, revealed that the two suspects had links to Russian military intelligence, known as the GRU.

Later research pinpointed Boshirov's alleged true identity as Anatoly Chepiga, who graduated from the Far Eastern Military Academy and received a medal – the Hero of the Russia Federation – in 2014, and holds the rank of colonel in the GRU.

Several people from Chepiga's hometown also corroborated his identity to Russian and Western media, and confirmed he had been awarded a medal.

One of the photos, posted between July 2014 and March 2016, is identified as Chepiga. The photo shows a man resembling the man identified as Boshirov on the RT interview.

Bellingcat also obtained a higher-resolution version of the Chepiga photograph on the wall, showing a close resemblance to the man who was interviewed on RT.

Russian Foreign Ministry spokeswoman Maria Zakharova has asserted that the allegations about Chepiga and the other man are part of an "information campaign" aimed at Russia.

In June, two other British citizens were also exposed to the nerve agent, apparently by accident; one of them, Dawn Sturgess, died.