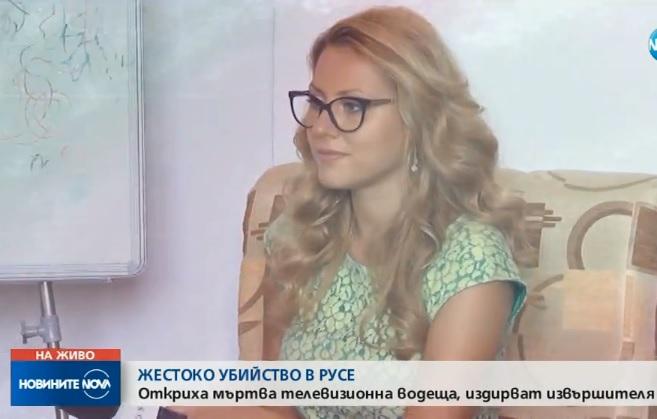 Bulgarian TV reporter has been found dead in a northern border city and authorities say they are investigating into whether the killing was a random crime or connected to her reporting work.

Officials said on October 7 that Viktoria Marinova, whose body was found in a park in the city of Ruse a day earlier, had also been sexually assaulted, Radio Free Europe / Radio Liberty (RFE/RL) reported.

Iliyan Enchev, the deputy regional chief of the Interior Ministry in Ruse, told a news conference that a person walking in a park in Ruse, a Danube River city on the border with Romania, notified police of a female corpse on October 6.

He said her body could not be immediately identified, because there was no identification on the body, and her mobile phone was also missing. Some of her personal items were scattered near the walkway, and her body was found lying several meters away from one of her shoes, he said.

A local prosecutor, Georgi Georgiev, told reporters that her mobile phone, her car keys, her eyeglasses, and some of her clothing were missing.

Marinova died "of combined trauma to her head and asphyxiation," he said.

Interior Minister Mladen Marinov was later quoted by news agency Focus as saying that Marinova had been sexually assaulted.

Georgiev said investigators were looking into several theories, whether it was a random crime or if the attack was connected to her work. He declined to answer reporters' question about whether there was signs she had been sexually assaulted.

A colleague at her employer, the private TV station TVN, confirmed Marinova's death to RFE/RL, but declined to say anything more pending an official statement from the station.

"We are in shock," the man said, asking not to be named since he was not authorized to speak publicly.

A Bulgarian news site, Rusemedia.bg, said Marinova may have been jogging at the time, training for an upcoming road race.

A veteran TV reporter, Marinova for many years hosted a lifestyle show and also served as a member of the management team of TVN.

At a previously scheduled meeting on October 7 of officials from the Interior Ministry, the Prosecutor-General's Office, and security agencies, Prime Minister Boyko Borisov promised that investigators would solve the case.

Though it wasn't immediately clear whether the killing was connected to Marinova's professional work, her death prompted a concerned response from reporting organizations in Europe.

If you see a spelling error on our site, select it and press Ctrl+Enter
Tags:Bulgariajournalistjournalistmurder