The FBI's New York office said in a tweet late Monday that it was conducting an investigation, and that there was no threat to public safety. 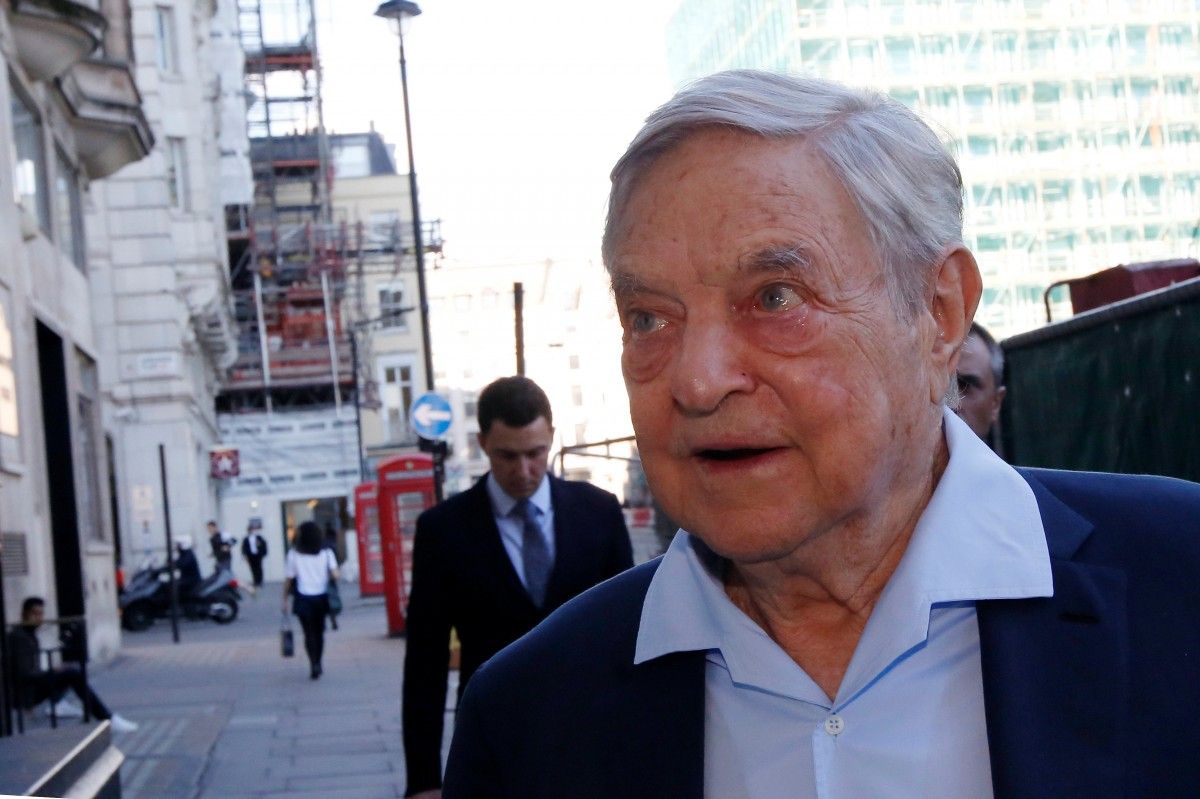 An explosive device was found Monday in a mailbox at the New York residence of George Soros, the liberal philanthropist and target of far-right, nationalist groups, according to authorities.

The Bedford Police Department said a suspicious package was discovered Monday afternoon by an "employee of the residence." Police didn't specify who owned the home, but town records show that it is co-owned by Soros Fund Management LLC, a family office operated by Soros. Inside the package was what appeared to be an explosive device, police said. The employee placed the material in a wooded area and notified authorities at 3:45 p.m. Monday, according to The Washington Post.

Authorities in Bedford, N.Y. – which includes the hamlet of Katonah, where the residence is located – said an "extensive investigation commenced," also involving the Westchester County Police Department, the federal Bureau of Alcohol, Tobacco, Firearms and Explosives, and the Federal Bureau of Investigation. The case has since been turned over to the FBI's Joint Terrorism Task Force. The FBI's New York office said in a tweet late Monday that it was conducting an investigation, and that there was no threat to public safety.

The Open Society Foundations, the philanthropic organization run by Soros, didn't immediately return a request for comment. The Times of Israel reported that Soros, a billionaire hedge fund manager and prominent donor to Democratic and other causes, was not home at the time.

The 88-year-old Holocaust survivor has funneled much of his fortune into liberal projects around the world, including in his native Hungary, which has taken an illiberal, nationalist turn under Prime Minister Viktor Orban. After he won reelection in April, Orban wasted no time in pushing a "Stop Soros" bill designed to crack down on nongovernmental organizations, think tanks and other liberal institutions. Justified in the name of deterring illegal immigration, it was passed in June.

The Hungarian government's attack on Soros, which relies on anti-Semitic tropes, has fed into a conspiracy theory that casts the Jewish philanthropist as the director of a global cabal intent on flooding the West with migrants and undermining national sovereignty. Soros has become the archrival invoked by autocrats and far-right activists around the world.

President Trump bought into the conspiracy theory this month when he tweeted that protesters opposing the nomination of Brett M. Kavanaugh to the Supreme Court were "paid for by Soros and others."

If you see a spelling error on our site, select it and press Ctrl+Enter
Tags:USAexplosivesNewYork