It was sweet revenge for Svitolina, who won just two games against Wozniacki at last year’s WTA Finals. 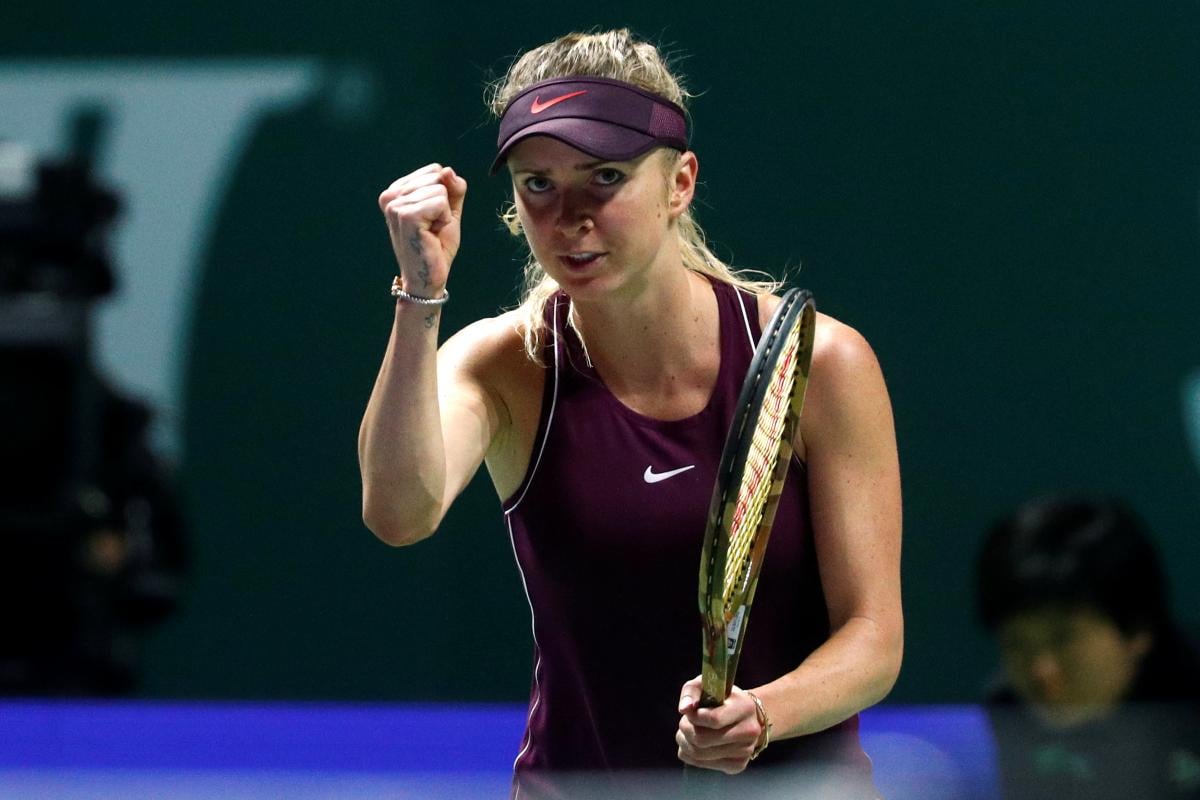 A gutsy Elina Svitolina willed herself to the semi-finals after overcoming Caroline Wozniacki in a gruelling three-set match, knocking the defending champion out of the WTA Finals in Singapore.

The unbeaten Ukrainian outlasted Wozniacki 5-7, 7-5, 6-3 in two hours and 35 minutes to finish top of White Group, according to The World News.

Having won her opening two matches, Svitolina needed just one set to clinch her semi-finals spot, while Wozniacki required a straight sets victory.

After the Australian Open champion claimed the much-needed first set, it all came down to a pulsating 12th game of the second.

Svitolina wasted four set points but an errant forehand from Wozniacki on her fifth triggered elation from the Ukrainian.

“It was an amazing match, she really pushed me to the limit,” Svitolina said after the match. “I tried to stay aggressive and focused on placing the ball in the right corners.”

An aggressive Wozniacki made a fast start to the match and attacked Svitolina’s serve. Underlining the tense situation, both players slugged along the baseline in long rallies with little separating them in a high-standard spectacle.

After being broken in the eighth game, Wozniacki was just three points away from elimination in the tenth but dug deep to reel off three straight games to claim the first set.

With all to play for in the second set, the standard lifted with Wozniacki hitting a sublime slice winner to hold serve in the sixth game but she couldn’t convert two game points in the decisive 12th game.

Svitolina captured a break in the eighth game of the third set en route to continuing her unbeaten record in the tournament.

It was sweet revenge for Svitolina, who won just two games against Wozniacki at last year’s WTA Finals.

If you see a spelling error on our site, select it and press Ctrl+Enter
Tags:Svitolinatennis