Charlie Hebdo to put cartoon of Prophet Muhammad on cover

The next issue of the French satirical magazine Charlie Hebdo, the office of which was attacked by terrorists last Wednesday, will be released on Wednesday, January 14, with a cartoon of the Prophet Muhammad on the cover, French daily newspaper Libération reported on Tuesday, according to online resource Lenta.ru. 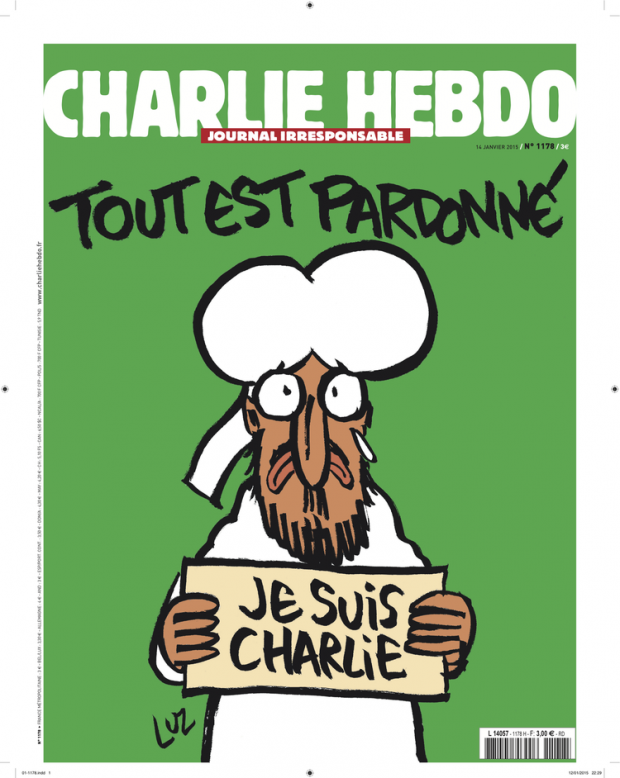 The cartoon depicts Muhammad on a green background with a sad look, and a tear on his cheek. The prophet holds in his hands a poster with the slogan "I am Charlie" (Je suis Charlie, in French). The cover is crowned with the title "All is forgiven" (Tout est pardonné).

According to the report, the work on the first issue of the magazine after the attack was completed on Monday.

It was reported on Monday that the magazine would publish cartoons of the Prophet Muhammad. Issue No. 1178 of the newspaper will have a print run of three million copies, compared to the usual number of 60,000.

As UNIAN reported earlier, on January 7, gunmen attacked the office in Paris of French satirical newspaper Charlie Hebdo, killing 12 people, including the chief editor, and wounding another seven.