Last week Saudi Arabia's Attorney General confirmed that the murder had been premeditated – in contrast to initial official explanations that Khashoggi had been killed after a fight broke out. 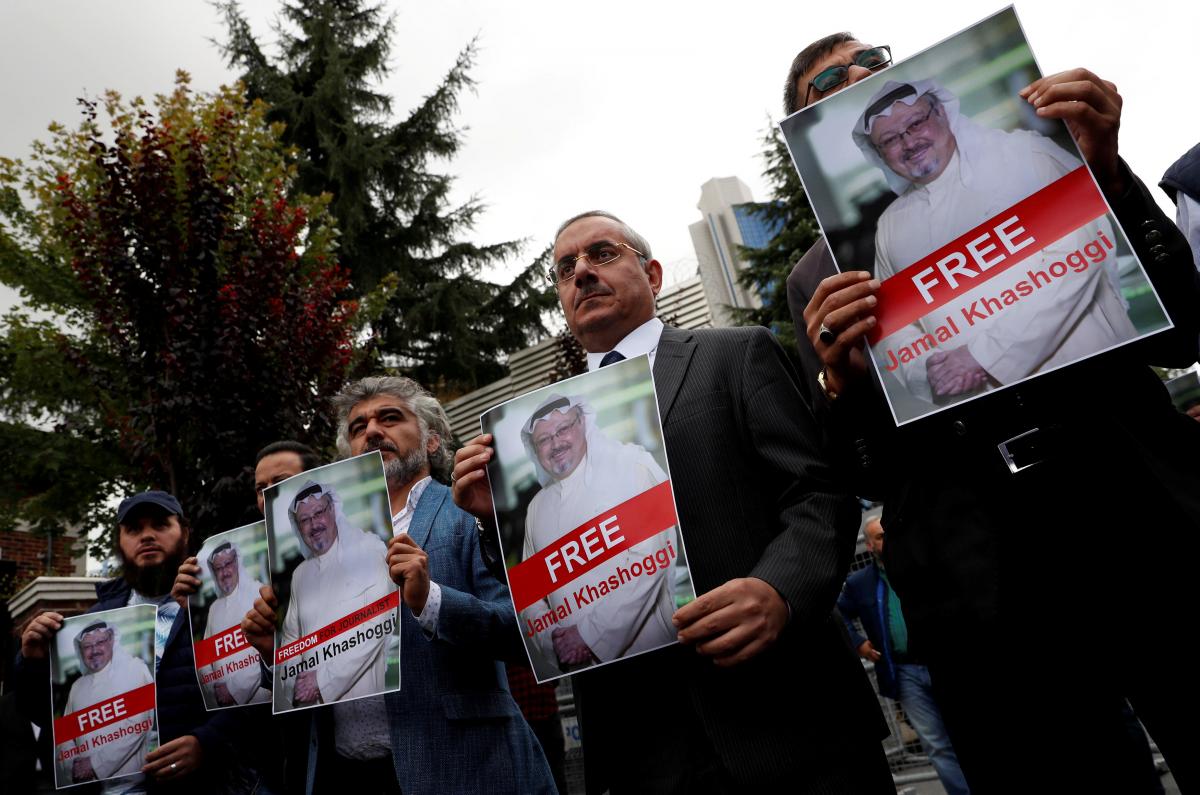 Intercepts by GCHQ of internal communications by the kingdom's General Intelligence Directorate revealed orders by a "member of the royal circle" to abduct the troublesome journalist and take him back to Saudi Arabia.

The orders, intelligence sources say, did not emanate directly from de facto ruler Crown Prince Mohammad bin Salman, and it is not known if he was aware of them, according to the Daily Express.

Though they commanded that Khashoggi should be abducted and taken back to Riyadh, they "left the door open" for other actions should the journalist prove to be troublesome, sources said.

Last week Saudi Arabia's Attorney General confirmed that the murder had been premeditated – in contrast to initial official explanations that Khashoggi had been killed after a fight broke out.

"The suspects in the incident had committed their act with a premeditated intention," he said.

Those suspects are within a 15-strong hit squad sent to Turkey, and include serving members of GID.

Speaking last night the intelligence source told the Sunday Express: "We were initially made aware that something was going in the first week of September, around three weeks before Mr. Khashoggi walked into the consulate on October 2, though it took more time for other details to emerge.

"These details included primary orders to capture Mr. Khashoggi and bring him back to Saudi Arabia for questioning. However, the door seemed to be left open for alternative remedies to what was seen as a big problem.

"We know the orders came from a member of the royal circle but have no direct information to link them to Crown Prince Mohammad bin Salman.

"Whether this meant he was not the original issuer we cannot say."

Crucially, the highly-placed source confirms that MI6 had warned his Saudi Arabian counterparts to cancel the mission – though this request was ignored.

"On October 1 we became aware of the movement of a group, which included members of Ri'asat Al-Istikhbarat Al-'Amah (GID) to Istanbul, and it was pretty clear what their aim was.

"Through channels we warned that this was not a good idea. Subsequent events show that our warning was ignored."

Asked why MI6 had not alerted its Five Eye intelligence partner, the U.S. (Khashoggi was a U.S. citizen), the source said only: "A decision was taken that we'd done what we could."

However analysts offered one possible explanation for this.

"The misleading image that has been created of Jamal Khashoggi covers up more than it reveals. As an insider to the Saudi regime, Khashoggi had also been close to the former head of the intelligence agency. He was an Islamist, a member of the Muslim Brotherhood, and someone who befriended Osama Bin Laden and had been sympathetic to his Jihad in Afghanistan," said Tom Wilson, of the Henry Jackson Society think-tank.

If you see a spelling error on our site, select it and press Ctrl+Enter
Tags:BritainTurkeySaudi Arabiajournalistintelligencemurderwarning