Merkel not to seek re-election as party chairwoman, plans to remain chancellor until 2021 – media

This fourth term is her last as German chancellor. 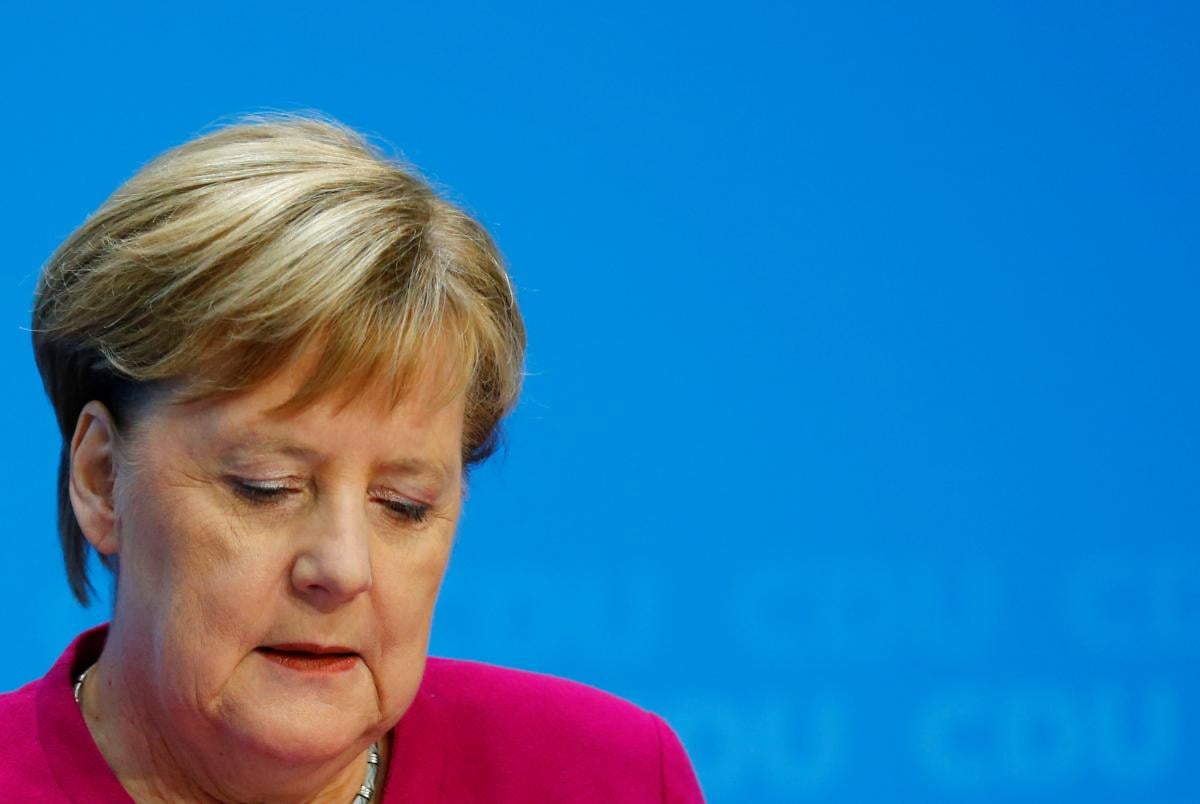 German Chancellor Angela Merkel said on Monday she would not seek re-election as party chairwoman and that her fourth term as chancellor would be her last, heralding the end of a 13-year era in which she has dominated European politics.

Merkel, 64, has been chairwoman of her conservative Christian Democrats (CDU) since 2000 and chancellor since 2005. Her decision to step down as chairwoman comes after her party suffered its second regional election setback in as many weeks, Reuters said.

Merkel made the announcement a day after Sunday's vote in the state of Hesse, at which the CDU came first but suffered a slump in support from the last election there in 2013.

"I have the firm feeling that today the time has come to open a new chapter," Merkel, looking serious but calm, told reporters in Berlin after a meeting of the CDU's leadership.

Drawing the consequences of the CDU's weak result in Hesse and dissatisfaction with her coalition, she said: "Firstly, at the next CDU party congress in December in Hamburg, I will not put myself forward again as candidate for the CDU chair."

"Secondly, this fourth term is my last as German chancellor. At the federal election in 2021, I will not stand," she added.

The move sets in motion the process for the CDU to settle on and groom Merkel's successor. It caused the euro to fall briefly and German government bond yields rose.

Stepping down as CDU chairwoman further undermines Merkel's authority, as she had previously said the party chair and chancellery should be held by the same person.

Her authority has already been dented this year by the two regional election setbacks and a close ally losing his role as leader of her conservatives' parliamentary group.

Monday's news came as a surprise to CDU party officials, who had expected Merkel to seek re-election as chairwoman at a party congress in Hamburg in early December.

The shock move started the race in the CDU to succeed Merkel. It also raises questions about whether she can stage manage a smooth exit.

Merkel is under pressure from her Social Democrat coalition partners to deliver more policy results and the center-left party could yet pull out of the government at a mid-term review next year.

Merkel is planning to remain chancellor until 2021, when the next federal elections should take place, sources confirmed.

The same information was confirmed by news agency DPA with reference to its sources, Deutsche Welle said.

Merkel intends to remain chancellor until her fourth term ends in 2021, her spokesman Steffen Seibert said. After that point, she will no longer run as a member of parliament and will not take up any European Union positions in Brussels either, according to DPA sources.

At the same time, the German media point out that it is difficult to predict whether Merkel stays on as chancellor after leaving the post at the helm of the CDU.

Stepping down as CDU chairwoman further undermines Merkel's authority, as she had previously said the party chair and chancellery should be held by the same person.

If you see a spelling error on our site, select it and press Ctrl+Enter
Tags:MerkelGermany