Moscow police have detained four people who were listening to the Ukrainian national anthem in a car near remand center No. 6 of the Moscow jail, Russian online news service OVD-Info reported on Wednesday. 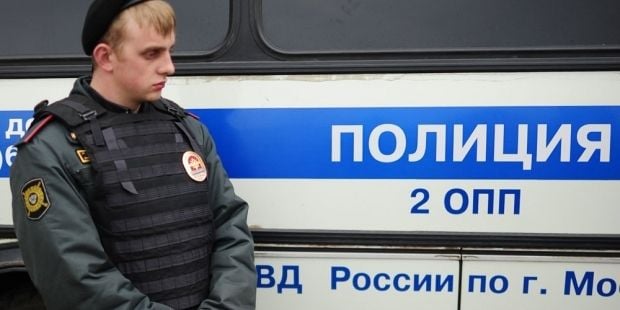 "A police bus blocked the way to our car. Unidentified people in camouflage demanded that we get out of our car and sit in a police bus," said as one of the detainees, Oleg Mokriakov.

According to reports, the detainees were themselves singing the national anthem of Ukraine.

Ukrainian pilot and Verkhovna Rada MP Nadia Savchenko is detained in  remand center No. 6 of the Moscow jail.