Washington also says it wants to stop what it calls Tehran's "malign" activities including cyber attacks, ballistic missile tests, and support for terror groups and militias in the Middle East. 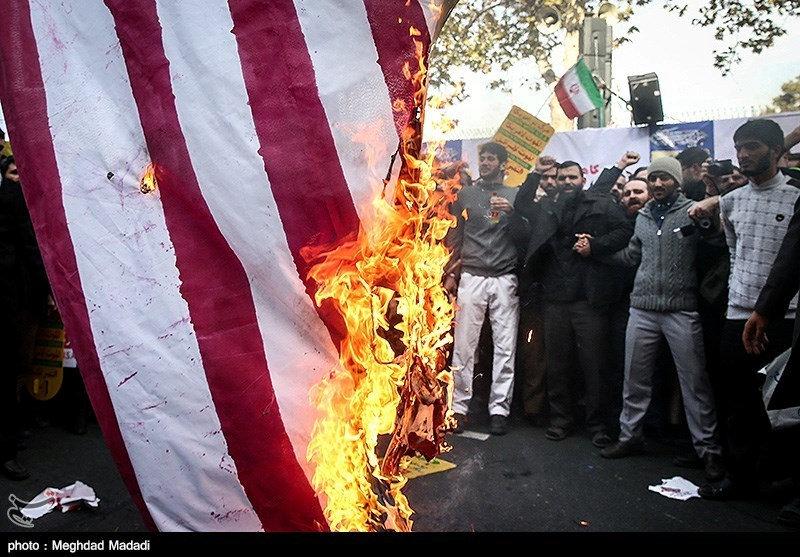 Citizens of Iran in protest against U.S. sanctions / REUTERS

The U.S. unleashed its "toughest ever" sanctions against Iran on Monday, a move that has already sparked mass protests in the oil-rich nation.

The Trump administration reinstated all sanctions removed under the 2015 nuclear deal, targeting both Iran and states that trade with it, the BBC said.

They will hit oil exports, shipping and banks – all core parts of the economy.

Iranian President Hassan Rouhani has vowed to sell his country's oil and break the sanctions.

The military was also quoted as saying it would hold air defence drills on Monday and Tuesday to prove the country's capabilities.

The demonstrations took place on the 39th anniversary of the occupation of the U.S. embassy in Tehran, which led to four decades of mutual hostility.

Before travelling to a campaign rally for the U.S. mid-term elections, President Donald Trump said Iran was already struggling under his administration's policies.

"The Iran sanctions are very strong. They are the strongest sanctions we've ever imposed. And we'll see what happens with Iran, but they're not doing very well, I can tell you."

Washington re-imposed the sanctions after Mr Trump in May pulled out of a 2015 accord aimed at curbing Iran's nuclear ambitions.

Washington also says it wants to stop what it calls Tehran's "malign" activities including cyber attacks, ballistic missile tests, and support for terror groups and militias in the Middle East.

The U.S. has been gradually re-imposing sanctions, but analysts say this latest round is by far the most significant.

More than 700 individuals, entities, vessels and aircraft are now on the sanctions list, including major banks, oil exporters and shipping companies.

More than 100 big international companies had withdrawn from Iran because of the looming sanctions.

If you see a spelling error on our site, select it and press Ctrl+Enter
Tags:USAsanctionsIran