The allies began the two-week Korea Marine Exercise Program, which involves some 500 troops. 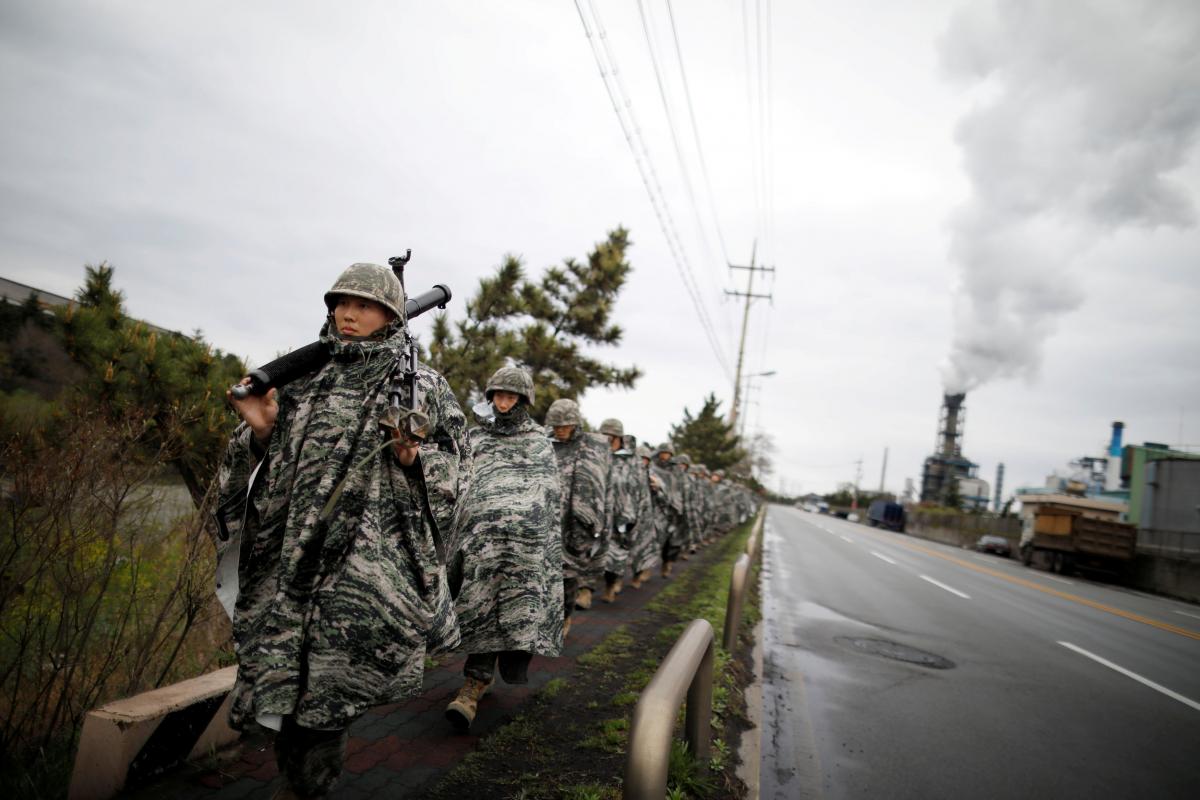 South Korea and the United States resumed their combined marine drills Monday for the first time since they were suspended in June to support diplomacy with North Korea over its denuclearization.

The resumption of the drills is in line with the allies' decision to continue their battalion-level or other small maneuvers while they are apparently inclined towards suspending large-scale exercises to prevent provoking the communist regime amid peace efforts.

The allies' marines plan to conduct the KMEP 24 times next year. They staged the KMEP 14 times in fiscal 2016 and 17 times the following year. This year, they have conducted it a total of 11 times, excluding the latest one.

Seoul and Washington have continued to suspend their major combined exercises, the latest being the Vigilant Ace air force exercise originally slated for December.

Seoul's Defense Minister Jeong Kyeong-doo said that the allies plan to make a decision on plans for next year's major exercises before December 1.

If you see a spelling error on our site, select it and press Ctrl+Enter
Tags:drillsUSASouthKoreaMarines