Merkel and Obama agree on financial assistance for Ukraine 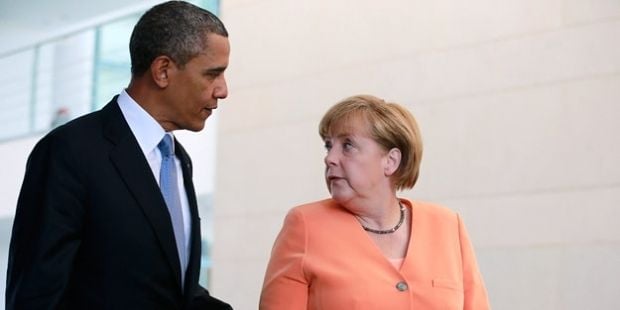 Merkel and Obama praised the Ukrainian government’s progress in the implementation of reforms in Ukraine, as well as the government’s plans in this matter.

The two leaders gave their full support with regard to a new package of financial assistance that the European Union and the United States have prepared to help boost the Ukrainian economy.

The politicians condemned once again the activities of Russian-backed militants in eastern Ukraine and their constant violations of the ceasefire, according to a posting on White House’s Web site.

Earlier, on January 15, the European Parliament passed a resolution expressing solidarity with Ukraine and its people, and condemned the acts of terrorism committed in the east of the country.

In addition, the European Parliament said the Association Agreement between Ukraine and the EU should become a "road map" for the reforms that have to be implemented in the country, despite the military situation in the country’s Donetsk and Luhansk regions.

The document notes the importance of stepping up the EU’s assistance to Kyiv, including technical assistance.

The last session of the European Parliament that approved a resolution on Ukraine was held on September 18, 2014. In that resolution, the MEPs called for a revision of relations with Russia and strengthened sanctions against Moscow.