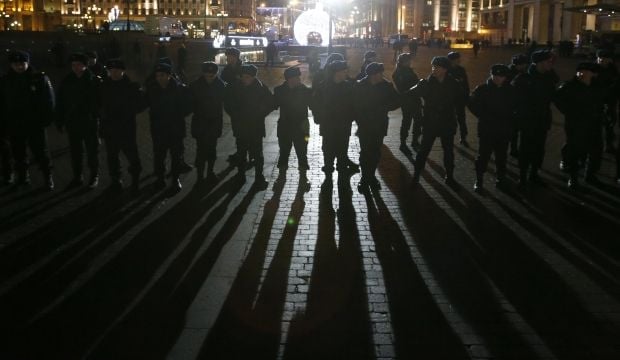 According to the report, several people at the protest gathering were chanting "Putin is war!" and "Maidan is freedom!"

At the same time, about a hundred aggressive Putin supporters surrounded them and shouted: "There will be no Maidan!" and "If you don’t like Russia, go to the United States!"

Despite the aggressive behavior of the supporters of the current Russian regime, the Moscow police only arrested the anti-government protesters.

As of 2030, most of Manezhnaya Square was filled with people with black and orange ribbons, a pro-Russian nationalism symbol, who drowned out the anti-government chants.

Although this counter-demonstration was also unsanctioned and illegal under Russian law, police ignored this group, and another group of people who were dressed in Cossack uniforms.