The Atlantic: Putin's favorite congressman has lost his reelection

Democrats could now dig in to his Kremlin ties. 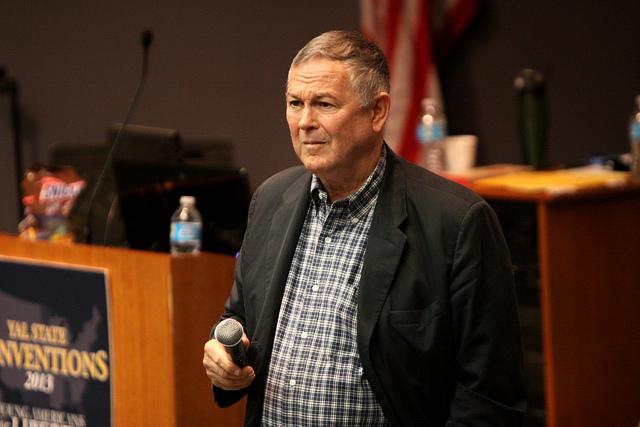 Russian President Vladimir Putin will now have one less defender in Congress.

Republican Representative Dana Rohrabacher of California – who famously arm wrestled with Putin in the 1990s, and who was warned by the FBI in 2012 that Russian spies were trying to recruit him as an "agent of influence" – has lost his reelection bid after two decades in Congress, succumbing to a Democrat who ran ads touting Rohrabacher's curious affection for the Russian autocrat, according to The Atlantic.

While election officials won't certify the results of the race until December 7, the Democrat Harley Rouda declared victory Saturday morning, leading Rohrabacher by about 8,500 votes, according to the Associated Press. Now, with Democrats set to take control of the House in January, Rohrabacher's Kremlin ties could face renewed and intensified scrutiny.

Paul Martin, a Republican who challenged Rohrabacher in the June primary, told he believes that the congressman's defeat was more a reflection of voters' desire for a moderate candidate than of their frustration with Rohrabacher's coziness to the Kremlin.

"I made my campaign about the gruesome human-rights abuses of Putin, especially his suspension of the adoption of Russian orphans after the passing of the Magnitsky Act," Martin told, referring to Putin's retaliatory measures after Congress passed a 2012 law designed to sanction high-level Kremlin officials. "But I'm not sure the voters here cared."

Rouda similarly went after Rohrabacher. He accused the lawmaker in a debate last month of "meeting with Russian operatives" in 2016, and criticized him for downplaying Russia's election interference.

"Representative Rohrabacher has said that 17 U.S. intelligence agencies that were staffed by working men and women from diverse backgrounds, including our U.S. military … were all wrong," Rouda said, "and that the Russians had nothing to do with meddling with our elections."

On the national stage, Rohrabacher has become best-known for his defense of Putin's leadership. A fierce Cold Warrior in the 1960s who later worked for Ronald Reagan, Rohrabacher had a dramatic change in attitude toward Russia after the fall of the Soviet Union. By 2014, he was publicly excusing Putin's annexation of Crimea from Ukraine – viewed globally as a major breach of international law – and characterizing Russia, which had recently placed the anti-corruption campaigner Alexei Navalny on house arrest, as a bastion of free speech and Christian piety.

Rohrabacher has attracted attention more recently for his involvement in the congressional and federal investigations of Russian election interference. After Democrats take over the House inquiry in January, Rohrabacher's relationships abroad – not only with Russian government officials, but also with the WikiLeaks founder, Julian Assange – could be more closely examined. Like President Donald Trump, Rohrabacher has downplayed the significance of Russia's interference and claimed in March that the U.S., too, has "tried to influence their elections, and everybody's elections." And he's called Assange, who gave Russia a platform to disseminate stolen emails from prominent Democrats via WikiLeaks, a "very honorable man." He tried to strike a deal with Trump that would have exonerated Assange in exchange for supposed evidence that Russia wasn't WikiLeaks' source for the hacked emails.

If you see a spelling error on our site, select it and press Ctrl+Enter
Tags:RussiaUSAelectionsCongressRussiacollusionRussiaProbemidterms