US plans to redeploy troops to Eastern Europe 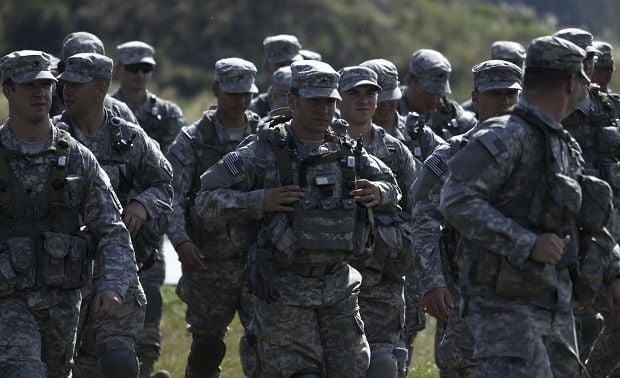 "Due to the reduction of U.S. forces in Europe, the United States is considering the possibility of redeploying a part of its forces to the countries of Eastern Europe," said the commander of the U.S. Army in Europe, Lieutenant General Frederick Ben Hodges.

"Last year it was decided to leave some equipment in Europe - and it is more than 200 pieces of equipment, including tanks,” Hodges said.

“A decision about their placement hasn’t been taken yet. Some equipment will remain at the U.S. base in Germany, but we’re also considering the option of placing part of them in Latvia, Lithuania, Estonia, Romania, and Bulgaria."

The United States has also begun in Latvia the first of a series of military exercises, named Atlantic Resolve, which Washington hopes will demonstrate U.S. commitment to its NATO obligations to help protect NATO member countries

Edgars Rinkēvičs, Latvian Minister of Foreign Affairs, welcomed the beginning of the exercises, and said that the cooperation between the U.S. and NATO forces was a signal to Russia.

"NATO member countries are working as a team and are ready for the challenges, including of a military nature," Rinkēvičs said.