In Prague's Wenceslas Square, several thousand chanted "resignation" and "shame". Some waved Czech and EU flags and carried slogans including "Down with Babis." 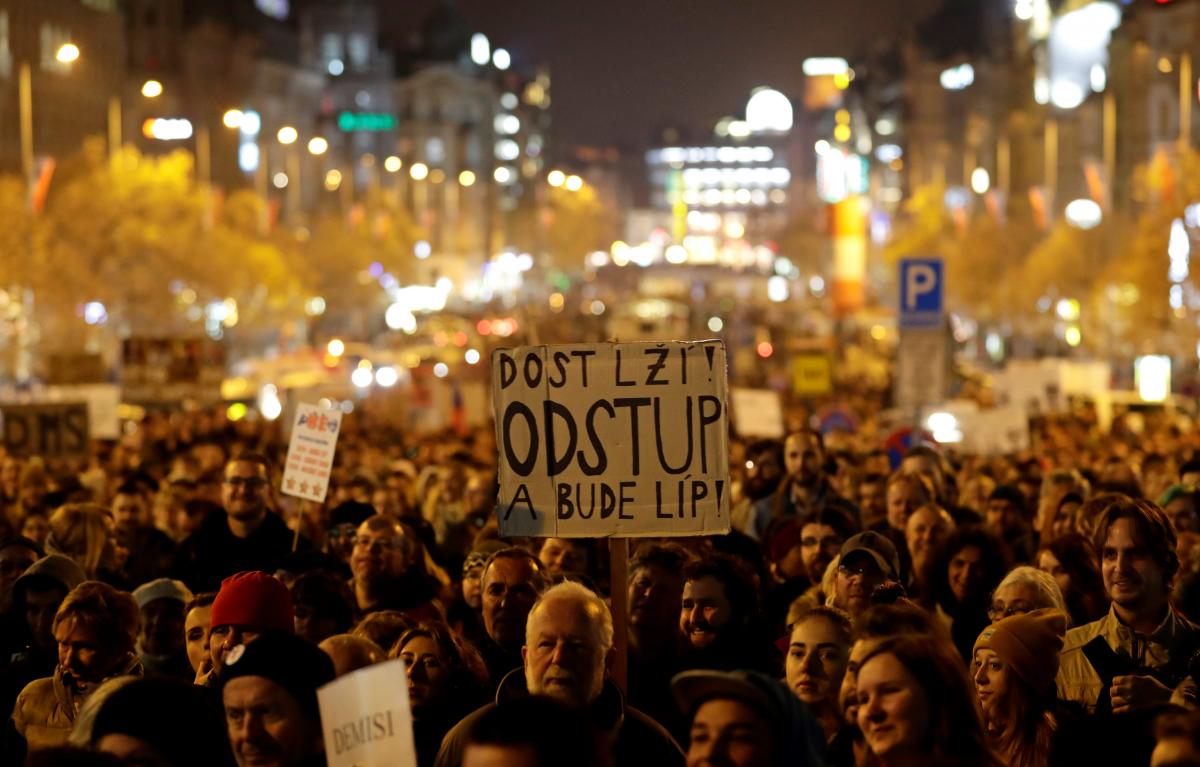 Czech Prime Minister Andrej Babis's hold on power appeared weaker on Thursday evening as thousands of protesters demanded his resignation in Prague's main square, while his coalition partners debated whether to quit the government.

The pressure against him followed a media report in which Babis's son said his father had wanted him to go into hiding to impede a criminal investigation into Babis and two of his children on suspicion they illegally tapped a 2 million euro ($2.27 million) EU subsidy a decade ago, Reuters said.

The opposition reacted by calling a parliamentary no confidence vote. The house speaker said on Thursday the vote, whose outcome appears uncertain, would likely take place on November 23.

Babis, a billionaire businessman and the EU and NATO member country's most popular politician, has repeatedly denied any wrongdoing and dismissed the report, published by news website Seznam.cz, as part of a media campaign against him.

In Prague's Wenceslas Square, several thousand chanted "resignation" and "shame". Some waved Czech and EU flags and carried slogans including "Down with Babis."

The center-left Social Democrats, a coalition partner of Babis's ANO party in the minority administration, have been considering "all options" regarding further action, party leader Jan Hamacek said.

"The situation is serious, the information is substantial and we have to examine the most responsible approach," Hamacek told Czech Television.

If the government loses the vote, it must resign. A new prime minister would be appointed by the pro-Chinese and pro-Russian President Milos Zeman.

Babis may however look for support elsewhere to survive as prime minister. The far-right opposition SPD, an anti-EU and anti-NATO party, has indicated it may be willing to back a Babis-led cabinet without Social Democrat ministers if it changes some of its policies.

The chance that Babis might possibly retain his job even if the Social Democrats pulled out has led some of the party's lawmakers to lean toward staying in government, a party source told Reuters.

Babis's son Andrej told Seznam.cz reporters who tracked him to his current home in Switzerland that his father had wanted him to hide last year when police brought charges in the subsidy case.

In videoed comments Babis junior, who has been treated for mental illness, said that a man who had been looking after him took him from the Czech Republic and held him against his will in Russian-annexed Crimea, but said he believed it was not his father's idea.

Police said on Tuesday they had investigated that allegation and concluded there was no suspicion of a crime.

Babis said his son traveled to Crimea voluntarily. He said the son, who has Swiss citizenship, had been treated for schizophrenia since 2015. The man who had been taking care of the son also denied wrongdoing.

If you see a spelling error on our site, select it and press Ctrl+Enter
Tags:CrimeaprotestCzechRepublic